Technology: a friend or foe of community pharmacy?

Will embracing technology such as dispensing robots and pharmacy apps be the solution to the sector's financial struggles?

Figures published by NHS Digital in November 2017 show that the average number of items dispensed by a community pharmacy in England reached its highest ever level last year – 7,218 – as the total number of prescriptions dispensed soared past one billion.

As pharmacy owners in England struggle to cope with funding cuts – and the results of C+D’s Salary Survey 2017 revealed half of contractors in the country had been forced to reduce staff hours – many are looking to technical solutions, including investing in dispensing robots and other forms of automation, to cope with growing financial pressures.

But how can technology be deployed in ways that enhance rather than undermine community pharmacy’s personal touch? A recent poll by YouGov, which found pharmacies were the third-most valued high street business, shows patients appreciate what the sector has to offer.

The National Pharmacy Association (NPA) has long been a champion of the benefits of technology in community pharmacy – highlighting good examples in its Pharmacy Show and Tell campaign.

Gareth Jones, the NPA’s head of corporate affairs, says pharmacists must be “progressive and modern, while at the same time being true to [their] historic values as a personal, caring profession”. These things “are not incompatible”, he adds.

One example of the sector making use of technology is pharmacy owners buying dispensing robots. In Scotland, contractors have been able to do so with the help of the Scottish government, who made financial grants available for pharmacies to buy robotics or scanning technology as part of its Prescription for Excellence strategy for the sector. 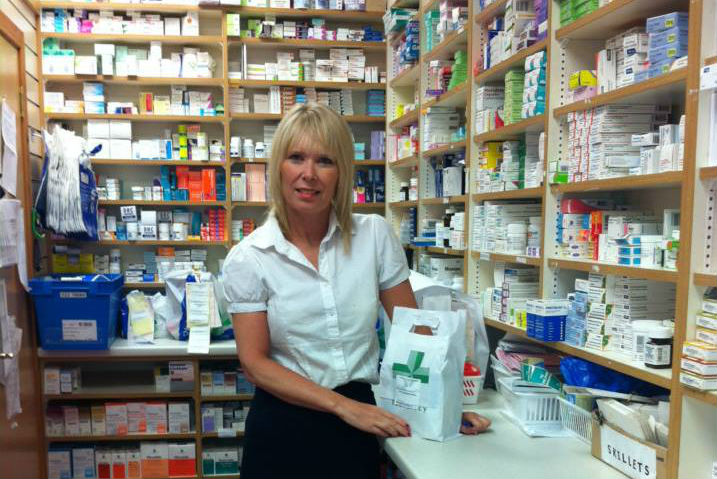 In April last year, Cadham Pharmacy Health Centre in Glenrothes, Fife, secured a capital grant to buy its second robot. However, pharmacy owner Bernadette Brown (pictured) points out that it’s the combination of robots and staff that have made a difference.

“I genuinely don’t believe it’s the automation itself that makes a successful pharmacy,” she tells C+D. “[You] can throw hundreds of thousands of pounds at automation, and still end up with no change in how the pharmacy is operating and patient care.

“I’ve visited [other] pharmacies with the same robot. [In those pharmacies] life has changed by having fewer staff, but the pharmacists are still chained to the checking bench,” she says. “You can be quicker with a robot, but what’s the point in stopping there?”

Ms Brown says pharmacists have to use automation as “a tool to make time”, because “what you do with that time is important”. “Robots gave us a huge opportunity to work differently, and do what we do best, which is offering our customers excellence in pharmaceutical care,” she adds.

Ms Brown tells C+D the pharmacy has also been able to invest in training and “upskilling every person” in the team so they can help patients. This includes pharmacist Maree Ferguson, who Ms Brown says “felt like a dispensing robot herself in her previous job”.

Ms Ferguson – who will qualify as an independent prescriber this summer – says the robots were part of what attracted her to work at Cadham Pharmacy: “They give me more time to spend with patients, which means I can put what I’ve learned into practice, run clinics myself and do exactly what I was trained to do.”

Watch the Cadham Pharmacy's video on the benefits of their pharmacy robots below. 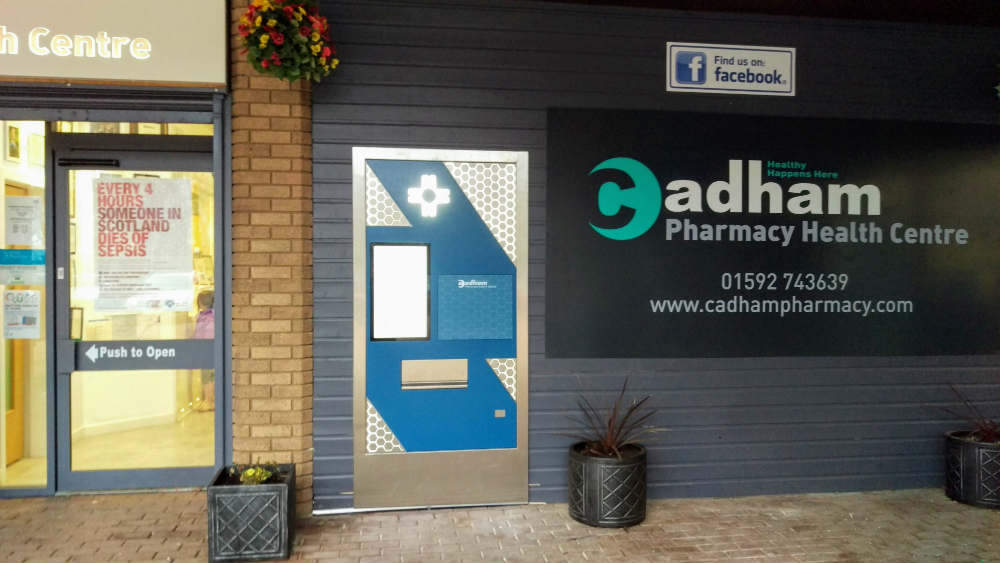 Ms Brown is such a proponent of the benefits of pharmacy automation that she has also just installed Scotland’s first automated, 24-hour prescription collection point (pictured).

She says adding the collection point – called the Pharmaself24 – to her pharmacy has already had an impact on patients, who “are telling us how easy, quick and convenient it is to use”.

To use the automatic dispenser, pharmacy staff must scan the barcode on the bagged prescription or the product, then place it into the machine, which then notifies patients to collect their order and processes any payments that are required.

“They like the privacy of not having to stand in the pharmacy and give out their name and address details in public. We’ve not had it long, but I’m amazed at the number of people of all ages who are using it,” Ms Brown tells C+D.

But despite positive feedback from early adopters like Cadham Pharmacy, there are plenty of pharmacy owners who remain sceptical about whether automation is a worthwhile investment. 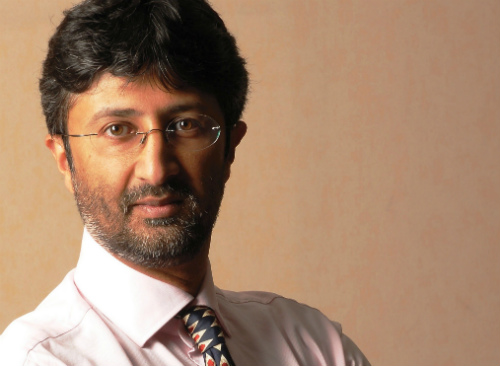 Former C+D editor Gary Paragpuri (pictured) is joint chief executive of Hub and Spoke Innovations, along with fellow pharmacist Ryszard Cygan. The company supplied the Pharmaself24 to Cadham Pharmacy, and Mr Paragpuri says pharmacy owners who don’t actively consider how technology can benefit their business “could find their competitors gain a commercial advantage that is difficult to claw back”.

He believes there are several reasons why using technology has come sharply into focus in the sector. “The first is the ongoing and painful cuts in dispensing income, and the second is the steady rise in the volume of prescriptions that pharmacies dispense,” he tells C+D.

“If contractors do nothing, it doesn’t take much to see that a combination of more work for less money doesn’t equate to a prosperous future,” he warns. “Technology is an essential ingredient; if used well, it can increase the efficiency of the dispensing process and help attract new prescription business.”

Back in England, the government has made clear its wish to see community pharmacy make more use of technology – as expressed in a letter sent from chancellor Philip Hammond to Prime Minister Theresa May in August 2016, which came to light during's C+D's coverage of pharmacy's High Court challenge against the funding cuts. The letter mentioned a desire to see a “shift away from the traditional bricks-and-mortar business model towards scaled-up, innovative supply solutions employing digital technology”.

One of former health secretary Jeremy Hunt’s last major announcements before he was replaced earlier this month was to unveil a new NHS mobile app designed to put patients in England in direct touch with their GPs. The NHS app – which will launch at the end of the year – will allow users to book appointments, order repeat prescriptions, and see their medical files held by their surgery.

Mr Hunt's successor, Matt Hancock, has been quick to follow suit – announcing in his first speech as health secretary this month that the government will partner with Amazon to make NHS healthcare information available on the internet giant's Alexa devices.

These announcements may increase patient demand for access to more healthcare services via apps and smart devices. So could a new form of technology that offers a competitor service – telepharmacy – appeal to patients by offering this type of access?

Now Healthcare Group claims to be the UK’s only telepharmacy. Its free Now Patient app is aimed at chronic care patients, who can nominate Now Patient as their NHS pharmacy to get free delivery of their repeat prescriptions nationwide, dispensed and dispatched from the company’s registered pharmacy premises in Liverpool. Figures from community pharmacy data platform PharmData.co.uk show the pharmacy dispensed an average of 4,000 items a month for the past 12 months.

The smartphone app includes video appointments with GPs, medical adherence platforms to help users manage their medicines, and repeat prescription services offering free delivery. It also offers a live chat facility with pharmacists, and a triage service that connects patients to GPs, pharmacists and nurses. So what can bricks-and-mortar pharmacies learn from this kind of competition? 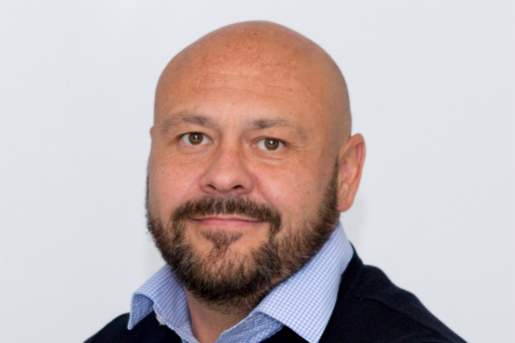 Lee Dentith (pictured), chief executive and founder of Now Healthcare Group, tells C+D: “There will continue to remain a demand for bricks-and-mortar pharmacies, if there are patients who prefer a more traditional approach to dispensing.”

But he adds: “Pharmacy owners are aware consumer habits are changing. We are seeing more traditional pharmacy owners bring in technology to enhance customer experience or to meet patient needs, and those [pharmacies] that don’t will probably realise that with time they may need to adapt to what patients demand.”

And he says patients want it too – especially those “who cannot physically make it to the pharmacy or don’t have the time to make an appointment or collect a prescription”.

Other pharmacies have combined a traditional bricks-and-mortar presence with an online offering delivered through an app. Whitworth Chemists, a chain with 35 pharmacies in the north-east of England, signed up 1,000 patients to its app, which promotes retail transactions through a loyalty discount scheme.

Since launching the app in July 2016, there have been nearly 2,000 app transactions, and the average value of purchases has increased year on year – which earned the chain a nomination at the C+D Awards 2018.

Technology may often be seen as a threat to conventional bricks-and-mortar community pharmacies, but the sector's survival could hinge on pharmacists making the most of new developments to provide the very best patient care.

Which online companies are most likely to disrupt community pharmacy?
21/03/2018 | 6 | Views
Features

Scottish pharmacy installs government-funded robot
28/04/2017 | 4 | News
1 Comments
Question:
How do you make use of technology in your pharmacy?

Robotic dispensing is going to be key over the next couple of years regardless of how we may feel about it. Fundamentally changing how a dispensary should operate, it's not just a new piece of kit, it's a complete rethink of what a pharmacy is.