Adolescent antidepressants: too much, too young?

Is antidepressant prescribing for children out of control – or due to an over-stretched NHS?

All it takes is a quick online search to find a plethora of alarmist headlines concerning the prescribing of antidepressants to children and adolescents.

Take a look beyond the headlines, and it seems the statistics might go some way to supporting the sensationalism. According to a study published in the journal European Neuropsychopharmacology in March, antidepressant use in the UK among under-19s increased by 54% from 2005-12. The Health and Social Care Information Centre (HSCIC) doesn’t collect data specifically on child antidepressant use, but its figures do reveal that UK antidepressant prescriptions increased from 54 million to 57.7 million between 2013 and 2015.

And a Daily Telegraph report in January of a systematic review by the Nordic Cochrane Centre in Denmark claimed antidepressants double the risk of suicide in under-18s. The NHS responded by pointing out that the finding that “young people are more likely to think about or attempt suicide while taking antidepressants is not new”.

The messages about the dangers of antidepressant prescribing for children and adolescents are mixed and raise serious questions. Are the alarmist headlines contributing to the stigma surrounding mental health treatment? And is over-prescribing as serious a problem as the illness itself?

The antidepressant rise has occurred over the same period that child and adolescent mental health services (CAMHs) have had their funding slashed. Last year, the BBC reported that spending on the services has fallen by 6%, or £50 million, since 2010.

Mark Baker, director of clinical practice at the National Institute for Health and Care Excellence (Nice), says the organisation is aware that there have been increasing problems in accessing CAMHs over the past few years. “This may have led to more severe cases of depression in young people being managed in primary care for longer,” Professor Baker says.

Peter Hindley, chair of the child and adolescent faculty at the Royal College of Psychiatrists, also cites the progressive cuts to child mental health services as a possible reason for the increase in antidepressant prescribing. But he highlights that the Department of Health (DH) has recently put “new money” into the system. 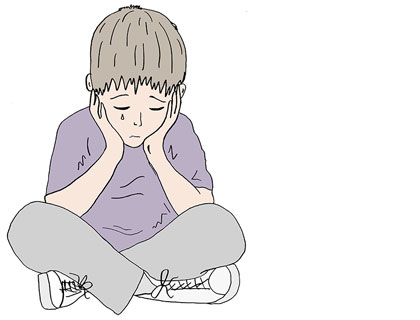 Dr Hindley stresses that in some parts of the country there are “major difficulties” in accessing psychological interventions – and it is having a significant effect on some young people. “In certain circumstances, children and young people aren’t being offered psychological interventions early and [are instead] using selective serotonin reuptake inhibitors [SSRIs] as their first line,” Dr Hindley says. “If they can’t access the recommended interventions, do [clinicians] offer nothing or do they offer something that has a degree of efficacy in these sorts of disorders?”

Dr Hindley points out how recent awareness campaigns have also put pressure on limited mental health services, across all age ranges.“One of the inevitable consequences is that with increased awareness you get an increased number of people seeking access to services,” he explains. “Just about all of the CAMHs report a significant rise in activity over the past five years.”

And Celia Feetam, a mental health pharmacist and fellow of the College of Mental Health Pharmacy, stresses that psychological therapies are “not readily available” because of the “paucity of services, the reduction in funding and the retraction of CAMHs”.

“I think this signifies a very serious problem,” Ms Feetam says. “Depression in children and adolescents is very underdiagnosed and undertreated.”

A game of pass the parcel

Mental health charities have made their position clear over the increased level of antidepressants prescribing. Nick Harrop, campaigns manager at the mental health charity Young Minds, tells C+D that access to CAMHS is a “postcode lottery”, with GPs “all too often” prescribing antidepressants to young people because “they do not know what else to do”.

Mr Harrop says that although Young Minds believes antidepressants have a place in treating some mental health conditions, they should never be the only course of action. “It’s also really important that children and parents have comprehensive information about the effects that antidepressants can have,” he stresses.

Referring to the European study that found a 54% increase in antidepressant prescriptions, Marjorie Wallace, chief executive of mental health charity SANE, says doctors may be falling back on prescribing antidepressants “in the absence of talking therapy”. Ms Wallace cites the “numerous studies” that have shown an “increased risk of suicide in children and adolescents prescribed antidepressants”.

“Children and young people are caught in a game of ‘pass the parcel’ between young people’s and adult psychiatric services,” Ms Wallace says.

Others feel that antidepressants are overprescribed to children and young people, and that this leads to worsening mental health in these age groups.

Brian campaigns against antidepressants for young people, after his son took his own life in 2009 while on a course of the antidepressant citalopram. He says that if prescribers correctly followed Nice guidelines, there would be “hardly any” children prescribed antidepressants – and believes that children are taking their lives because of overprescribing.

Brian campaigns for other treatment options to be explored. “Before prescribing antidepressants, there should be a prolonged period of personal therapy, and that has to be shown to be ineffective before antidepressants are considered,” he says. “In a three-month period, a teenager’s state of mind can be improved by a lot of factors – things like exams, and making new friends.”

And Professor Clare Gerada, a London GP and member of the British Medical Association council, says concern about the levels of antidepressant prescribing actually “perpetuates the stigma of mental health”.

“Nobody knows what the right number of children on antidepressants should be,” Professor Gerada says. “It is always assumed it is a bad thing. It may be that psychiatrists are treating people appropriately with antidepressants.”

Dr Hindley argues that someone with a physical health problem wouldn’t receive the same stigma if they needed drug treatment. “There is quite a lot of alarmist reporting about SSRIs in children and young people,” he says. “There is a lot of over-emphasis on suicidal thoughts – but this isn’t true,there isn’t an increased suicide rate.”

Dr Hindley explains that for a “very small number” of children there is an increased rate of suicide and self-harm, but this is for a short period after they start their medication. “CAMHs has never had so much political attention in my 30-year career,” he says. “A lot of attention reduces stigma, but it affects children as much as adults.”

The role of pharmacists

Despite increased campaigning in recent years, Ms Feetam says this stigma has yet to disappear for good. “It is getting better, but it’s up to pharmacists to help reduce the stigma. Pharmacists are well-placed to read the papers, read the data and address the issues that appear in the popular press.”

And Georgina Boon, a CAMHs specialist pharmacist at the South London and Maudsley NHS Foundation Trust, says that it is important for community pharmacists to offer support when a young person has started medication.

“It is powerful for a pharmacist to say to [the patient] to get back in contact with their community team,” Ms Boon says. “That gives the young patient confidence.” 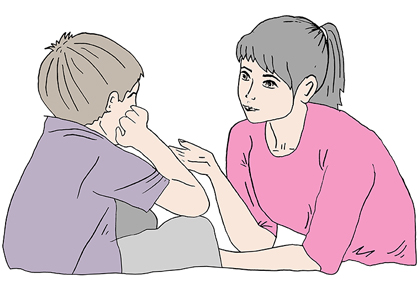 Dr Hindley emphasises the need for pharmacists to support young people and their families in taking antidepressants. “Parents are concerned about using drug treatments, but I think that is where pharmacists can play a very important role. To say: ‘We know these are safe and effective drugs. It isn’t the whole answer, but it can play an important part in managing a very disabling condition’.”

Ms Boon says although there is less evidence surrounding young people and antidepressant use, it is known that they work in some groups of patients and can be effective. However, she adds: “It is really important that the drugs aren’t started lightly and [patients] are monitored weekly.”

Pharmacists "can save lives"

Dr Hindley also stresses that pharmacists should encourage the child and their parent to speak to the clinician who prescribed the medicine, if the child is reporting suicidal thoughts. “If you have a child with severe anxiety and it is interfering with their ability to participate in life, that is when you should encourage patients to talk to their clinician,” he says.

Professor Gerada feels that pharmacists should focus on helping a patient understand what their medicines are, and warning them that they could notice an increase in paranoia and anxiety during the first two weeks. “They also need to make sure they have access to information about where [the patient] can get other treatments,” she says.

Professor Gerada is clear that a child on antidepressants would be at a high risk of suicide anyway – there may be a correlation but no causation. “Pharmacists should dispel myths that these are bad drugs,” she says. “They can save lives.”

Educate yourself about antidepressants – separate fact from fiction.

​Never judge – treat patients the same, regardless of whether their condition is mental or physical.

Keep in touch – encourage the patient to report concerning side effects to their clinician.

Perhaps it is an indication of the kind of society young people have to grow up in.