The Lloydspharmacy on Hursley Road, Eastleigh was one of 21 bought by Imaan Healthcare

C+D has revealed how many of the Lloydspharmacies divested by the multiple have found new owners. But who acquired them, and what are they planning next?

In October 2017, Lloydspharmacy’s parent company Celesio UK made the seismic announcement that it would cease trading in “around 190” pharmacies in England – which it deemed “commercially unviable” – through “a combination of store closures and divestments”.

At the time, chief executive Cormac Tobin – who has since left the company – cited “dramatic reimbursement cuts over the past 24 months”, as well as “changes to government policy and retrospective clawbacks” – as the main reason to let go of so many stores.

A C+D investigation over the following 12 months has revealed a total of 182 locations where Lloydspharmacy has ceased trading since its October 2017 announcement. Of these, 104 have found new owners, while 78 have closed permanently.

Who bought the “unviable” Lloydspharmacy branches? 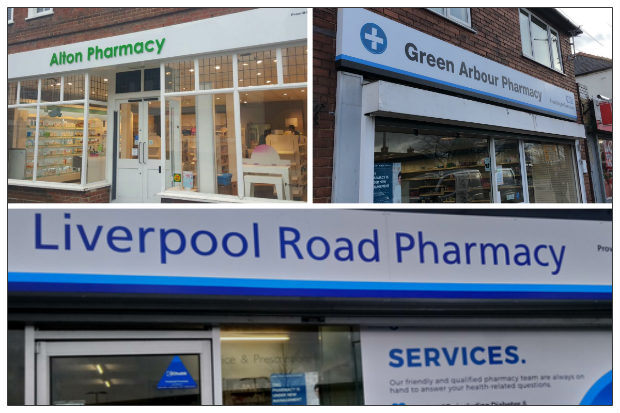 A full list of the 21 new owners, and their number of purchases, is below:

You can use C+D's map below to view the location of each of the Lloydspharmacy branches that have been sold (marked in orange) or closed (in purple).

The largest buyer Jhoots, a Walsall-based chain which now operates 106 pharmacies across England, declined to comment for this article, as did Cohens Chemist, which now operates 216 branches – including the pharmacy on Charlotte Street, Macclesfield (pictured below). 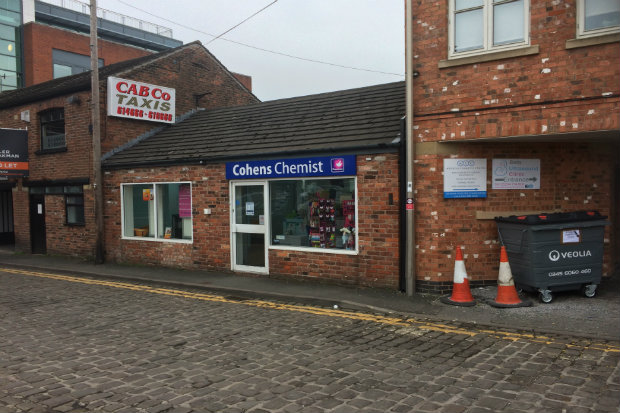 Smaller pharmacy groups such as Leeds-based Living Care Pharmacy and south London's Pearl Chemist both bought three branches, while two purchases by Manichem brought its portfolio across England and Wales up to 23. Other chains chose only to buy one branch, including Weldricks, Sutton Chase and Kamsons Chemist.

Interestingly none of Lloydspharmacy's largest competitors – including Boots, Well, Rowlands and Day Lewis – bought any of the branches.

These acquisitions reflect a trend in pharmacy purchases highlighted in a report by brokers Christie & Co earlier this year, who described a “shift in appetite towards smaller multiples [and] independent contractors...all looking to take advantage of the lull in appetite by the larger multiple and corporate operators”.

Were the branches really “unviable”?

Speaking to C+D in April, head of operations at Imaan Healthcare Saghir Ahmed says the group made the decision to purchase 21 Lloydspharmacies – doubling its portfolio – after conducting its own “financial analysis” of them. This included looking at local pharmaceutical needs assessments, the location of each branch, how well they were performing and local competitors.

Despite Lloydspharmacy branding the stores “unviable”, Imaan Healthcare “thinks there is potential with each of the sites…and we have our own plans on how we want to grow them”, he told C+D, with a diabetes test and treatment service a top priority.

“We have been looking at identifying potential diabetes patients, or patients who are at risk of diabetes, who aren’t necessarily being picked up by their GP or the GP hasn’t been able to make headway with them.”

The purchases are part of the company’s move to build a “backlog of evidence” to help secure funding for Imaan Healthcare services in other areas, Mr Ahmed said at the time.

Services are only as good as the staff who deliver them, and Mr Ahmed said Imaan Healthcare – which took on all the former Lloydspharmacy staff in the branches it purchased – had found the pharmacy teams “seem to be performing well and are very engaged” with the group’s plans.

In June, when the company made its final purchases – of three branches the chain told C+D would be “flagship” stores – Mr Ahmed said the acquisitions would be “service-orientated pharmacies” that “provide great services”, including investing in chronic obstructive pulmonary disease monitoring and asthma.

Family-run independent chain Allied Pharmacy bought 11 branches as part of its business strategy of “expanding and increasing [its] portfolio [over the] past few years”.

Group managing director Suhaib Abdullah tells C+D the company had to be strategic when selecting which Lloydspharmacies to purchase – opting for areas where Allied Pharmacy already has connections, and branches that qualified for quality payments “that make up for some category M losses”.

“We only put bids on locations where we have either partners or another pharmacy in the area, and [where] we have a good team,” he tells C+D.

“Four of the branches are in Manchester, where four of my brothers live. They are all pharmacists with years of experience, so we can put a lot of effort into these branches.”

While Mr Abdullah says he is unable to discuss the profitability of the acquired pharmacies, the branches are dispensing about 5,000 items every month on average, he claims.

“There is a need [for a pharmacy] within each of these communities for varying reasons,” he tells C+D, citing the lack of nearby pharmacies as one of the main reasons he believes the premises are commercially viable.

Mr Abdullah gives the example of a former Lloydspharmacy within a village. “If [it] closed, people…[would] have to take a seven-mile journey to a pharmacy outside the village,” he claims.

“Patient choice was another very important factor” in Allied Pharmacy’s decision making, he says. “Pharmacies use different suppliers and sometimes medicines not available in one particular pharmacy are fulfilled by another.”

Was divesting the pharmacies worth it?

The decision to close or divest stores has been perhaps the highest-profile response among the UK multiples to the funding cuts in England. Lloydspharmacy declined to comment on whether it feels the move has paid off, and what is next for the multiple now that it has closed or sold these 182 branches.

But the latest financial report published by Mckesson Europe – which owns Celesio UK – showed it is in a period of financial difficulty. The July report revealed Mckesson Europe's overall earnings before interest and taxes for April 2017 to March 2018 were €126.6 million (£112m), a 58% drop compared with the same period the previous year.

Mckesson said deciding which branches to sell or close had been made following a “strategic review and restructuring of our pharmacy portfolio in the UK”. Divesting the pharmacies that were worst affected by “government actions negatively impacting UK pharmacy profitability” had contributed to “disposal” profits of €9.6m (£8.5m) during the 2017-18 financial period.

If the divestments have freed up much-needed capital at a time of fluctuating finances, then senior management may well feel their decision has been vindicated. For the 21 business which bought one of those branches, the same decision has presented an opportunity to extend their presence in a crowded marketplace.

Lloydspharmacy blames income fall on drop in funding and prescriptions
06/07/2018 | 15 | News
3 Comments
Question:
Did you work in a Lloydspharmacy branch that was sold or closed?

I remember seeing one of Imman's Pharmacies drop several nursing homes because the workload wasn't gaining much in the way of profit once everything had been said and done, allowing them to work on their core business instead. I feel common sense solutions are the reason why these pharmacies are viable compared to a corporate entity who get easily tied down with boardroom meetings and a distinct lack of Executive knowing the details of ground level, so to speak.

Depends on ones definition/context of viability. I have never seen a balance sheet of 'beauty'

Viability is like beauty - in the eye of the beholder.