“Things are getting worse and worse” for pharmacists, according to the owner of England’s oldest pharmacy.

Speaking to C+D during a National Pharmacy Association (NPA) leaflet drop in Burford, Oxfordshire earlier this month (October 7), Cedric Reavley of Reavley’s Pharmacy (see box out) said he would “hate” to scrap services such as the provision of dosette boxes, at-home deliveries and palliative care, as a result of expected funding cuts.

“Although we are trying to meet the demands of patients and meet the various targets the government is setting us… if it wasn’t for the one-mile radius of dispensing we operate in, I don’t know if this business would survive as a pharmacy,” Mr Reavley said.

Mr Reavley explained that the area’s clinical commissioning group seem “interested” in continuing to pay for the palliative care service his pharmacy provides. “How that will be funded in the future, I don’t know,” he said.

Mr Reavley was speaking a week before the Pharmaceutical Services Negotiating Committee rejected the government's plans to slash pharmacy funding in England by 12% for December 2016 until March 2017. At the same time, the government announced the launch of a 'Pharmacy Urgent Care' pilot programme, which will allow patients who call NHS 111 for urgent repeat medication to be directed straight to a community pharmacist, instead of out-of-hours GP surgeries.

During the leaflet drop, NPA head of communications Stephen Fishwick told C+D the NPA had "made it [its] business" to clarify public understanding around the funding cuts. The NPA has since described (October 14) government plans urgent care plans as a "smoke screen" for  the looming funding cuts.

Adina Josephs, pharmacy manager of Frosts Pharmacy in Banbury – who joined C+D on the NPA’s campaign trail – said when Mr Mowat first announced the funding cuts were on hold, she hired three members of staff.

Ms Josephs said at the time that she was nervously waiting to hear what the funding “package” will have in store for community pharmacy.

Vicar and pharmacist: ‘NHS England asked me to open on Christmas Day – I told them I had church first’

Cedric Reavley is the third-generation family owner of England’s oldest pharmacy – Reavley’s in Burford, Oxfordshire – which was founded in 1734.

Mr Reavley said he takes pride in knowing his customers on a first-name basis. This was evident when the mayor of Burford – or John as he knows him – picked up his prescription during C+D’s visit.

“I had a phone call from NHS England a couple of weeks ago, saying they were desperate for somebody in the Witney area to open for a short period on Christmas Day,” Mr Reavley told C+D. “I said I would do it, because it is an important thing for the area…  and because I am living on the premises, it is easy for me to open.”

However, he had one proviso: as associate vicar at the town’s St John the Baptist’s church, he needed the morning off for its Christmas service.

“[NHS England] were so short of anybody, that they accepted what I proposed,” Mr Reavley said.

While his 282-year-old pharmacy is a tourist attraction, Mr Reavley admits it’s had to adapt its service provision. He is working with a local GP surgery to access the summary care record, and is adopting the electronic prescription service ahead of the rollout of “tokens”.

“What we stock is very important and the fact that we sell over-the-counter products, and not just NHS prescription items, frankly helps us earn money to keep this place going,” Mr Reavley said.

He stressed that if it wasn’t for his “very loyal customers”, the pharmacy would not be “viable”. 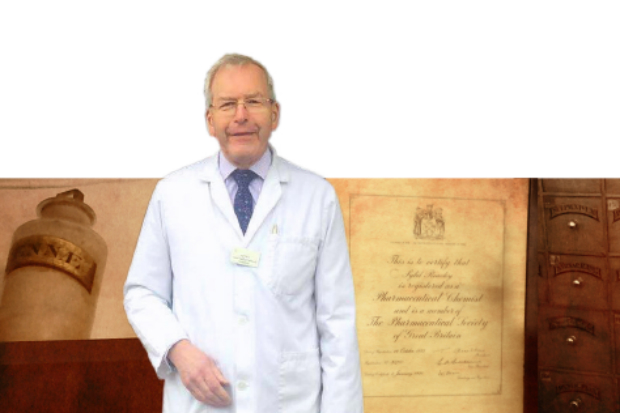 Public wrongly believes cuts are on hold ‘indefinitely’
10/10/2016 | 6 | News
14 Comments
Question:
Which of your services might be at risk from the government's funding cut?

The stumbling block to any progress in Pharmacy is the big boys Boots Lloyds etc. They will take it all on the chin and let the employees sort it out on considerably reduced salary and poorer working conditions . Why were they allowed to get such a strangle hold on pharmacy ????  Employees need a concerted plan .

Community pharmacy is really plummeting. I am thankful I found a company that has assisted me with the necessary training, skills and structured hospital placements to allow me to branch into a more thriving, lucrative and respected hospital pharmacy profession. Stream Pharma are the only company who are providing a quick and supportive transition into hosptial pharmacy.

email [email protected] to send your inquiries and find out more information. You can also call 01273620072

Just as a totally irrelevant aside, doesn't it look strange to see a pharmacist in a white coat now. I kind of miss mine.

It is very strange indeed. I think butchers and fishmongers (and funnily enough, cosmetic sales assistants in certain establishments) are the last people in the community with these. I'm happy with my shirt with top button undone.

Quite like the the white coat. Pharmacists are some of the most shabbily dressed non professional looking people seen on any high street in my opinion.

It should be mandatory. Most pharmacists now look scruffy.

Unless you spill your dinner down it! Doesn't half show!

M. Yang , you forgot to mention they were a dying breed too.

Cedric Reavley of Reavley’s Pharmacy said he would “hate” to scrap services such as the provision of dosette boxes, at-home deliveries and palliative care, as a result of expected funding cuts. That's exactly what pharmacies will have to do. Ministers want pharmacies to become more cost-efficient. So let's start by stopping free services or those that are nice to have but not essential.

That will be a good news for the big boys, you don't do it then we will. Independent Pharmacy, specially small ones depend on these. How would you get someone who can't pick their meds at the Pharmacy, and provide extra services???

And what about Pharmacy free prescription pick up and delivery. No wonder ministers think pharmacy is allocated too much money with all these white delivery vans dashing about and doing it for nowt . How did pharmacy ever get to this. ?????

Working conditions will get even worse now multiples profits are being hit. I can see Pharmacist pay plummeting .