3 in 10 pharmacies not giving recommended OTC advice, Which? claims

Which? mystery shoppers requested both both ibuprofen and Sudafed Sinus Pressure and Pain

A third of pharmacies visited by mystery shoppers either failed to offer recommended advice or refused sales of two ibuprofen-containing products, Which? has claimed.

The consumer charity sent undercover researchers into 78 pharmacies – 12 multiples, 18 supermarkets and six independents – to buy both ibuprofen and Sudafed Sinus Pressure and Pain (phenylephrine/ibuprofen), it said on Saturday (February 17).

It rated 11 of these pharmacies as "poor" for either failing to warn that the two products should not be taken together, or unnecessarily refusing the sale (see below).

"During the transaction, just half of our researchers were asked if they were taking any other medication, and only a quarter were asked if they’d had the medication before – two questions that our expert pharmacist highlighted as important," Which? said.

"In a third of visits, our researchers were not warned about the risks of taking the two medicines together."

"Our undercover researchers spoke to a mix of pharmacists and sales assistants – but you should be able to expect good advice from any member of staff who serves you in a pharmacy," it added.

How did Which? rate the multiples?

Of the six Boots branches visited, one was rated "good", four were rated "satisfactory", and one branch was rated "poor" – as the undercover researcher "was not asked any questions and was not warned about taking the two medicines together".

At the Boots branch rated "good", the researcher was "asked a thorough list of questions about prior conditions and given an interaction warning", Which? said.

Of the six Lloydspharmacies visited, four were rated "good", with "all basic questions asked, appropriate interaction warnings given and – in two [branches] – the sales assistant offered our researchers the chance to speak with the pharmacist".

The remaining two were rated "poor", as in both cases "the sales assistant failed to inform our researchers that the two medicines should not be taken together".

A spokesperson for Lloydspharmacy told C+D today (February 19) that the multiple was “sorry to hear” its pharmacy staff “fell short of the high standards we set ourselves”. Lloydspharmacy teams “undergo training in this area and are monitored regularly to ensure that they adhere to the guidelines”, the multile added.

“In the light of this feedback, we have reviewed both the content and effectiveness of the training that we provide to our colleagues, [and are] being very clear about the importance of selling medicines appropriately.”

How did Which? rate the supermarkets? 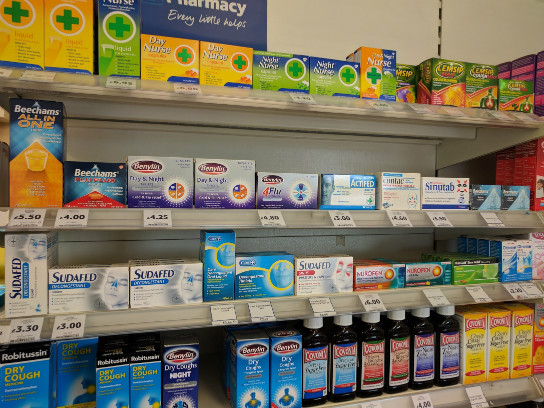 In its two "poor" pharmacies, "researchers weren’t told that they shouldn’t take Sudafed and ibuprofen together".

"They were asked if they were on any other medication, and both [researchers] said they take painkillers for headaches, so an interaction should have been flagged," Which? stressed.

In the "good" Tesco branches, "at least basic questions [were] asked and appropriate warnings given", it added.

A spokesperson for Tesco told C+D the supermarket is "disappointed that we didn’t meet these standards for two pharmacy customers".

“We always want to provide the best possible service. We will continue to train colleagues comprehensively to help ensure instances like this don’t happen in future,” Tesco added.

The six Morrisons pharmacies inspected had the same proportion of "good" and "poor" as Tesco. "In one 'poor' visit to [a] Morrisons pharmacy, our researcher was not asked any questions at all, and wasn’t alerted to the presence of ibuprofen in Sudafed," Which? said.

"Conversely, in the other poor visit, our researcher was asked a comprehensive list of questions, but was refused sale of the medicines together, for the reason that they shouldn’t be taken together. While this isn’t a safety issue, our expert pharmacist judged this to be an unreasonable restriction."

The four "good" branches were "much better", Which? said, as “in each of these the salesperson asked about any other medications [the researcher] was taking".

Of the Asda pharmacies visited, three were rated "poor", two were rated "satisfactory" and one was rated "good". "In two of the visits rated as 'poor', our researchers were only asked one question each, and were given no warnings about taking the medications together," Which? said.

"In the third 'poor' visit, our researcher was only asked two questions, and was then refused the sale of the two medicines based on the fact that they both contain ibuprofen – an unreasonable restriction."

To receive a "satisfactory" rating, one Asda branch gave “no interaction warning”. But Which? added: "Our researcher was asked enough of the basic pharmacy questions for the visit not to be rated as 'poor'."

How did Which? rate independents?

Of the six independent pharmacies visited, one was rated "good", three were rated "satisfactory" and two were rated "poor".

"In the one 'good' visit, the sales assistant asked multiple questions and checked with the pharmacist for further advice about taking medicines, giving the interaction warning."

More details of the visits can be found on the Which? website.

"People will be alarmed"

Which? editor Ben Clissit said: "People will be alarmed that some pharmacists are missing out on asking their customers the basics, particularly in light of recent NHS advice to use pharmacies as the first point of call for minor illnesses." 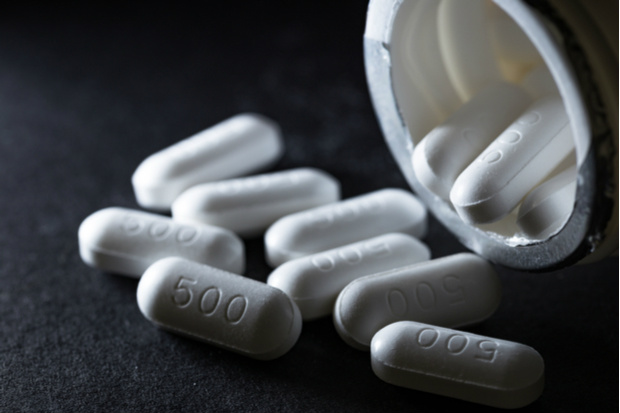 Which? also conducted a separate "undercover scenario" – attempting to buy four 16-tablet packets of regular paracetamol – at 42 pharmacies, supermarkets and discount stores, to see whether they are adhering to Medicines and Healthcare products Regulatory Agency (MHRA) guidelines.

"In our visits, Asda, Morrisons and Tesco successfully implemented a two-packet maximum," Which? said. "But it was a slightly different picture at some pharmacies, as a larger number of packets were sold without advice. We’ve rated these visits as needing improvement."

"Worryingly, Poundland has a multibuy promotion, selling three 16-tablet packets of paracetamol for £1," it noted.

You can read C+D's 2015 investigation into retailers breaching these MHRA guidelines here.

A spokesperson for the discount retailer Poundland told C+D today: “We’re Poundland. Which means we sell most things for £1. That’s why we sell three packets together. If we sold one packet we’d have to call ourselves 33p-land”.

Responding to the Which? findings, General Pharmaceutical Council chief executive Duncan Rudkin said: "This report serves as an important reminder to pharmacy professionals that one of the best ways to ensure the health and safety of patients, particularly in regard to over-the-counter (OTC) medicines, is to ask questions through an open and helpful discussion."

"While the report highlights that improvements need to be made across some of the interactions, there are also welcome examples of pharmacy professionals working effectively to support the patients in their care," he said.

"Given this variation, we would remind all pharmacy owners and pharmacy professionals to make sure that they have all the necessary procedures and training in place for all staff to allow for effective patient care," Mr Rudkin added. "We know that pharmacies are increasingly playing more of a role in managing the health of patients, and particularly in busy periods, adhering to these procedures will become ever-more important."

Royal Pharmaceutical Society president Ash Soni – who was quoted in the Which? article – told C+D today (February 19) that pharmacists "should ensure all their staff are providing the correct advice and information to patients".

"We are pleased that the majority of people were given the correct advice in this research. However, we are disappointed that in some cases they were not."

"We are glad to hear that pharmacies contacted by Which? will be strengthening their staff training programmes," he added. "Being asked questions about the medicines you are buying in a pharmacy should be part of a helpful conversation to ensure the medicine is right for you."

C+D has contacted each of the companies named in the report for comment.

In 2013, a Which? report claimed that two in five pharmacies were offering unsatisfactory advice on OTC medicines.

Or the local petrol station :-)

Hardly surprising, given that the majority of the counter staff are not even MCA accredited, given that they are supposed to be on an approved "MCA" course within three months of starting their role as a pharmacy assistant.It is within the remit of the GPHC, that this professional requirement is met by the Pharmacy contractors. Instead of identifying the root cause of this sub standard service, and admitting the failure of his inspectors, Mr Rudkin, as usual, dismisses with a nonsensical remark....

Also difficult to recruit competent people when employers want to pay below minimum wage(or as little as they can get away with). If you want a 16 year old school leaver(sometimes no qualifications) to sit on the tills what sort of service are you actually expecting. But never mind keep it up GPhC, you're doing a great job. Rank and file pharmacists are right behind you....

Rudkin is always quick off the mark to 'protect the public'.