Mark Koziol: We have seen employers use the standards in a systematic, abusive fashion

The Pharmacists’ Defence Association's (PDA) "biggest concern” is that employers will use the new professional standards against their pharmacists, its chairman has told C+D.

The General Pharmaceutical Council's (GPhC) new standards for pharmacy professionals – which came into force last week (May 12) – could be used “as pretence by some employers to discipline and get rid of pharmacists under employment”, Mark Koziol said.

“[The GPhC] has structures and processes that are transparent, and we understand how they work. But our biggest concerns are that [the standards] are abused by employers,” he added.

Speaking exclusively to C+D at the Clinical Pharmacy Congress on the day the standards came into force, Mr Koziol said the PDA had seen some employers use the previous version of the GPhC’s standards “in a systematic, abusive fashion”.

"We've seen situations where a pharmacist has stood up for things that they should have stood up for and they've been told: 'You've just breached a standard, because you have treated a fellow professional with disrespect'," he explained.

It is potential situations like this that "largely prompted" the PDA to challenge the GPhC's proposals in the High Court in March, Mr Koziol added.

However, the judge concluded that the basis for the PDA’s challenge was “simply wrong”.

PDA members have contacted the organisation regarding the new standards since they were proposed, Mr Koziol told C+D.

"How does this play into my job? To what extent do I need to observe and follow these policies or principles? How does it affect standard operating procedures?And how does it [impact] my interactions with patients and employers?"

"We will be watching very carefully how employers use the new standards in their dealings with employees and locums," Mr Koziol added.

As well as writing to all pharmacy professionals in Great Britain to alert them to the new standards, GPhC chief executive Duncan Rudkin attended the Clinical Pharmacy Congress to break down the principles for delegates.

A few highlights from his presentation are below: 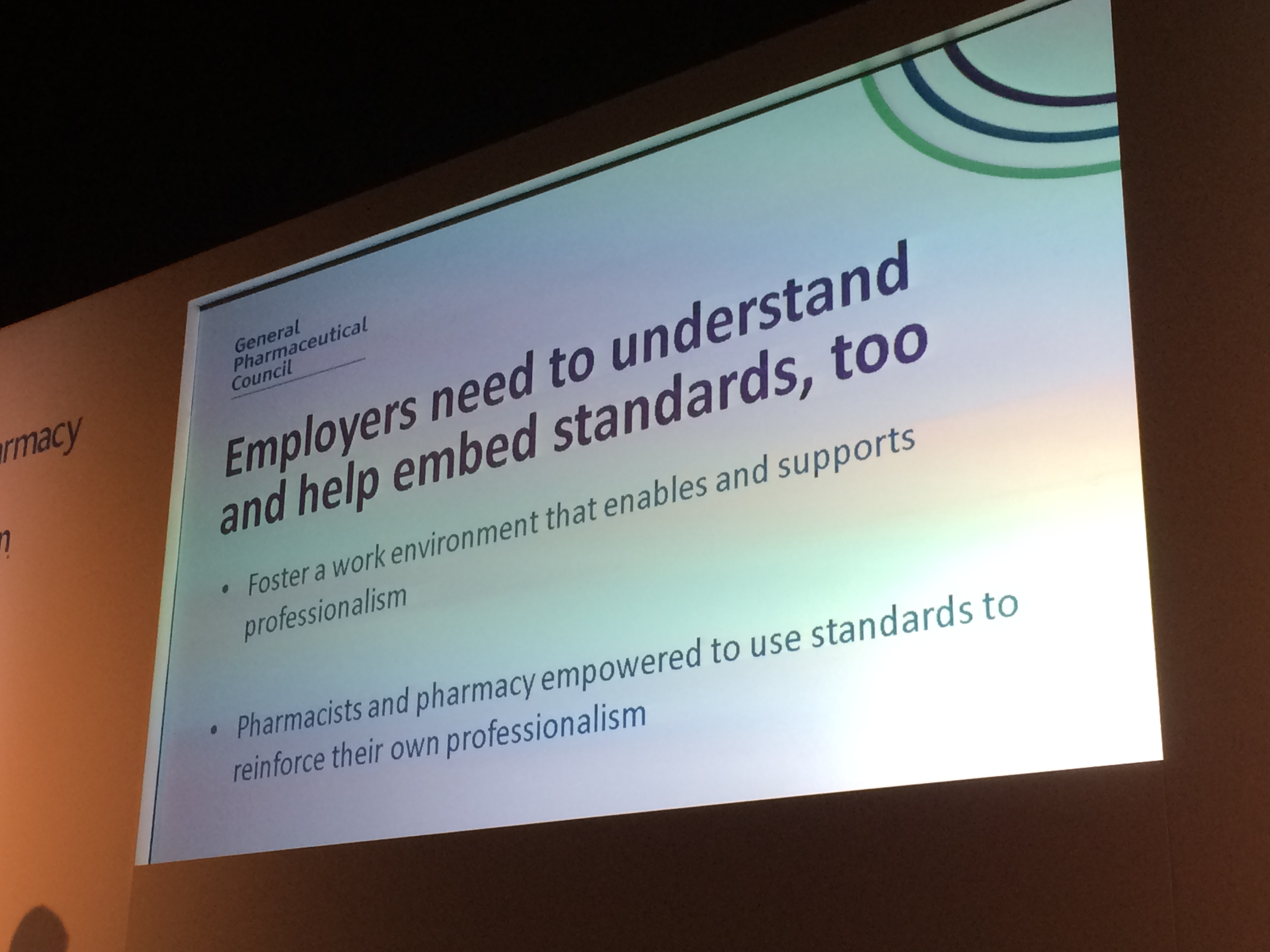 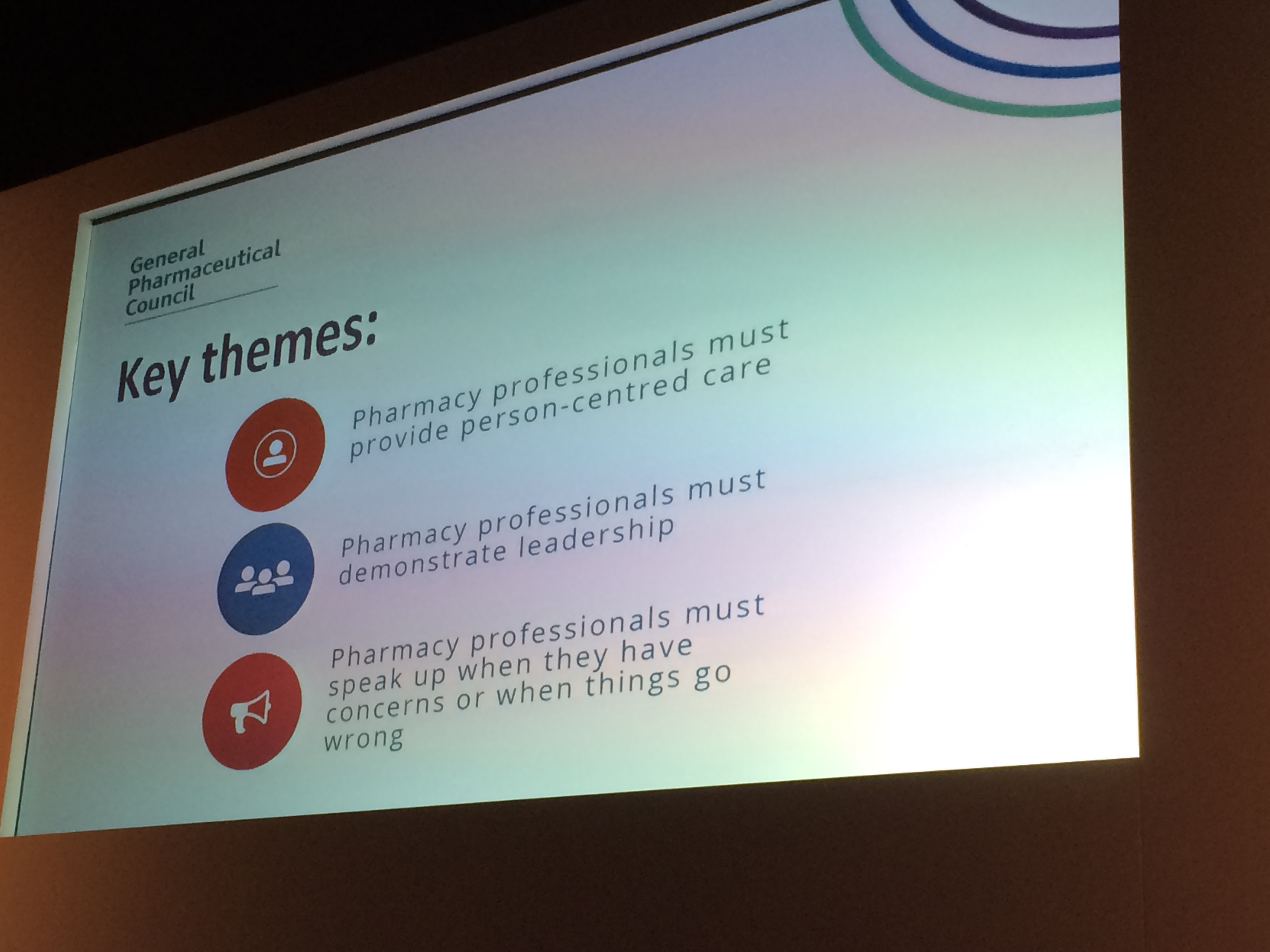 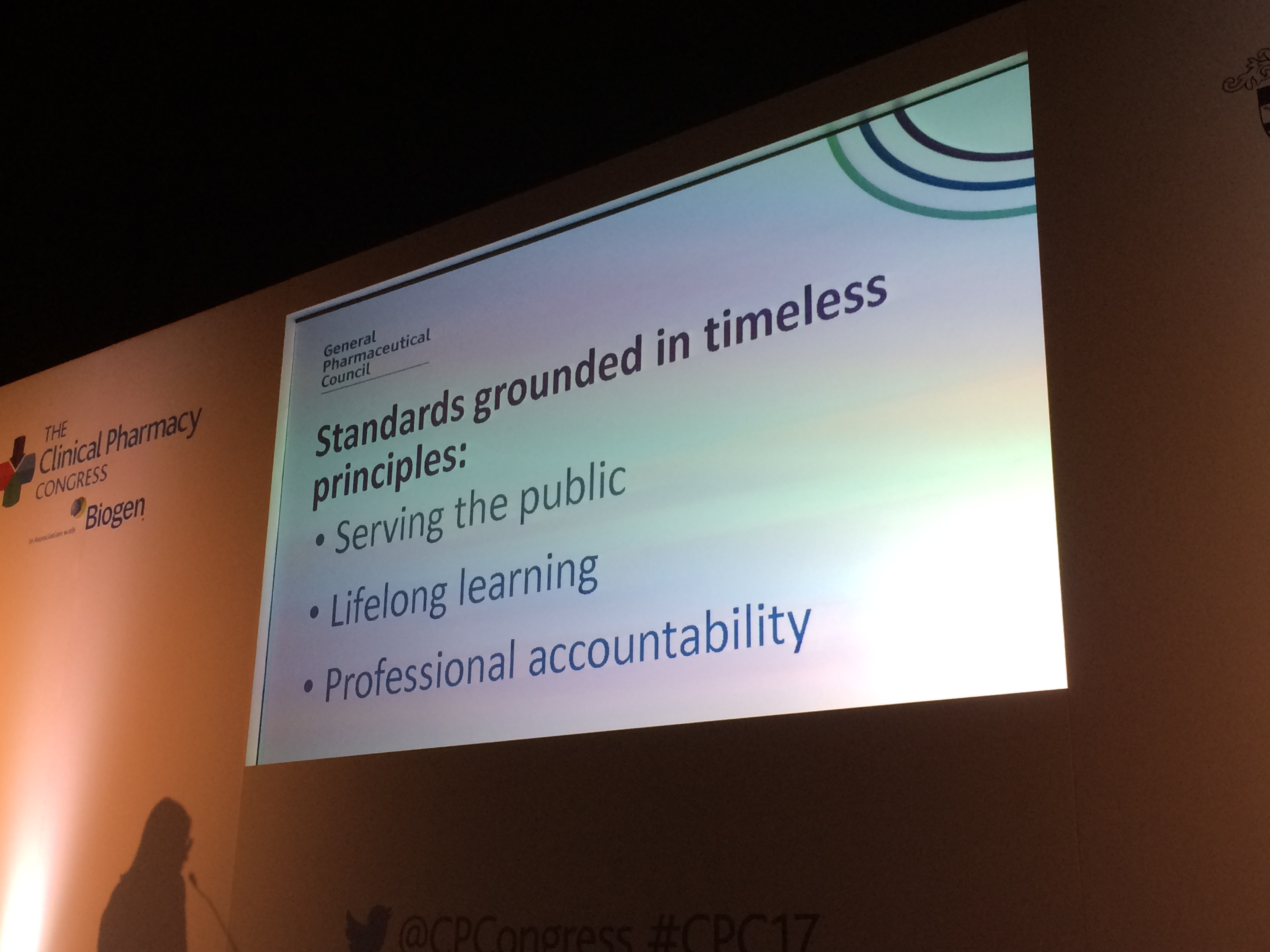 Judge denies PDA legal challenge to GPhC standards
11/04/2017 | 3 | News
6 Comments
Question:
What do you make of the new standards?

Get rid of the GPHC & the RPSGB if possible. They are a disgrace to the profession. Worst enemies a profession can have. Downright useless and waste of our hard earned blood money. Best they are obliterated from the face of the earth

Supermarkets and \multiples should never be allowed to run a pharmacy. This has clearly lead to the degrading of this profession, More a marketing than a clinical patient orientated profession. Our so called professional bodies are totally Blind to it

Be warned new/forthcoming students- except puppets- don't waste your life and intelligence and take up pharmacy as your career. It's boring, no-one respects you, and 99% of the time everyone gives you abuse. Extremely depressing and disheartening, heartbreaking, monotonous yes sir no sir profession if you like that

Oh dear, what will also augment employers getting rid of pharmaicists is the appalling employment tribunal service. As a union representaive, First you need to mediate via acas, then if that does not work, which it usually does not as you get a letter denying everything by the employer anyway, as let's face it no one will accept liability. Then if you move forward with the case it costs a couple of grand. So by that time you think, OMG, no job, no money, better just sup up the abuse and find another job. Nightmare, make sure you join a union, unison, PDA and or USDAW. Good luck

If PDA fears that the employers may exploit this new standard then they are right to fear this. For the last few years, the big chains have been pushing dispensing towards hubs and now with this new standard, it would be possible to remove "difficult" pharmacists by their droves to eventually close the high street chemists as this model of dispensing is no longer profitable.

Now you might ask could they do that? The question we should all ask is when will they do that? Because folks all the unique skills we have that made it necessary to have a huge network of pharmacies in the UK in the past has become redundant.

So let's consider the facts:

1. Clinical checks: Most dispensing software can check for interactions the next leap will be programmes that can identify errors in the clinicians prescribing from a clinical perspective. This will remove the need for community pharmacists to check prescriptions for prescribing error.

4. Communicating with customers; in the past technology was not sophisticated enough to connect people as it is possible now with skype/facetime. Therefore people can chat with a pharmacist away from the premise

All these four factors show how we are not really needed in community pharmacy and the big chains will eventually make us all redundant through voluntary or involuntary means.

The oversupply of manpower will make us redundant -  never mind the change in supervision requirements and definition. The final nail in the professional coffin. Make plans if you are able to. The excess numbers, falling rates of pay, the spectre of unemployment and persecution under new standards, will make life quite unpleasant in the next couple of years.

Just seen the presentation slides above from GPhC..."pharmacy professionals must speak up when things go wrong or when they have concerns"..... are you having a laugh?! What happened when  everyone reported the MUR farce - that line is offensive to pharmacists and shame on you GPhC!

This needs careful monitoring. Pharmacists who have the standards used against them where they think it might be inappropriate should get some advice