Mr Kotecha: "We've done MURs when appropriate for patients but not claimed for them"

The current model for medicines use reviews (MURs) remuneration does not encourage "quality and consistency", a Leicestershire contractor has said.

Satyan Kotecha, superintendent pharmacist of K&K Healthcare Limited, said his pharmacists “don’t chase targets”, but he would welcome a rethink on the way pharmacies are remunerated for MURs after two of his branches reached the 400 cap early.

“Having a national MUR pot works, but this allocation should then be amended on a quarterly basis so if a pharmacy is not delivering its allocation, the extra MURs are put back in to the main pot, allowing those who are delivering theirs, to deliver more,” he explained.

This should help make sure MURs are linked to “quality, delivery and consistency”, rather than pharmacists having a “mad rush at the end of the year” to reach the MUR target, Mr Kotecha added.

“We have completed MURs in February and March as patients still want to talk to their pharmacist about their medicines, we just didn’t claim for them”, as the pharmacies had already reached the 400 cap, he said.

"No pharmacist would stop supporting patients just because the funding pot has been allocated. Pharmacy has always been about customer service, not chasing money.”

He had “a few vacancies” across his three pharmacies – two high-street and one online – as the funding cuts came into force in December, but he quickly realised that if he did not replace them, “customer service will go down, productivity will go down, and stress levels will rise”.

“[It] would have been the biggest disaster because I very quickly realised that the [workload] was still increasing, the number of prescriptions were going up, we were dealing with stock shortages, ever-increasing administrative burden and meeting quality criteria. This meant we were busier than ever so I needed the staff,” Mr Kotecha told C+D.

"We often talk about the GP workforce crisis; I am concerned that a similar situation could arise in community pharmacy in the future, if it isn’t already here."

Mr Kotecha, who sits on two local pharmaceutical committees (LPC), is chair of West Midlands pharmacy local professional network (LPN) and has a role with NHS England, said he is “very fortunate” that pharmacy is not his sole source of income, but he has had to look very closely at his business to improve cashflow.

“I am spending a lot more time in my pharmacy with my staff to make sure they feel they have someone who gives a damn about the business and it is not just about profit and numbers,” he said.

The positive side of the funding cuts 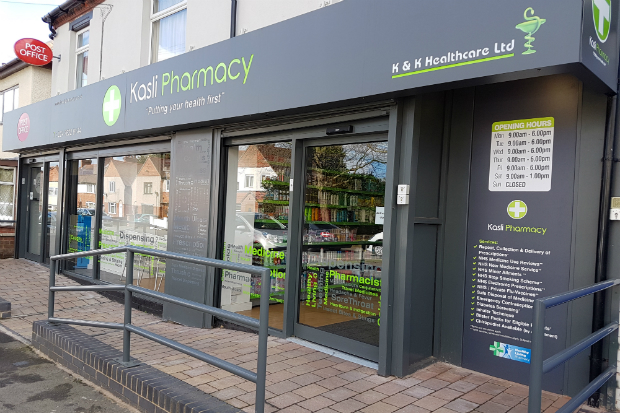 While the funding cuts have left some of his colleagues “distraught”, Mr Kotecha said the one positive is “it has focused the whole team on efficiency”.

“We have developed a very simple tool to make sure that we only provide monitored dosage systems (MDS), blister packs and deliveries to those patients who really need them.

"Staff members often come to me to suggest how things could be done better or more efficiently,” he added.

“We also probably didn’t promote our services – such as our private travel clinic – as much as we do now,” he said.

'Why I'm offering a sore throat service to survive the cuts'
31/01/2017 | 4 | News
9 Comments
Question:
How are the government funding cuts affecting your pharmacy and staff?

It seems aeveryone afraid to mention the obvious. MURs are about the money for the contractor.

If busier pharmacies can do more MURs then surely the wealthiest pharmacies are just getting richer and quieter pharmacies get poorer if their MUR quota is reduced. It will just accerate the closure of some.

Or maybe just plough the cash into something else which is structured in a manner that delivers patient orientated, QIPP focussed measurable outcomes. MURs are valuable yes, to a point, but part of me thinks the whole setup of them is the problem, not just the funding structure. I'd have had some faith in the world with regards Pharmacy services after NMS (structured consultations, safety netting, public Health questions etc) albeit with a dodgy claim mechanism, for the powers that be to then go and have Pharmacists targeted for access to SCR! Anyway I go off piste... I'd rather see money ploughed into a fully shared record access, not just a watered down SCR that I can ascertain from a repeat slip and using my mouth and ears to check allergies with patients. I do however feel it's our clunky and substandard clinical record keeping that's holding us back and that is the beginning of the end for the profession. Satyan, if it wasn't for the words about the recent cuts, I'd have thought that this was a rehash of a tale of woe from six years ago. That just goes to shows how little people listen, how little our negotiators are in touch with the real world and just how lacklustre and lacking in ambition the whole setup actually is. Sorry for the moan, I just think we must go back to basics and not be afraid of finding a way of proving our worth. PharmOutcomes was a start but lacks the integrated slickness that SystmONE has for example, and lacks the ability to record the subtleties of the bits we do on a day to day basis. Look where QOF got the GPs in the last ten years in comparison...

Maybe their needs to be more targeting of meds reviews, the MUR template specifically designed for COPD, asthma, diabetes or hypertension. There are evidence based benefits for example in asthma. As for stratification of payments such as £28 for first 300, and depending on volume of dispensing then £15 for the next 300, may go some way to spreading and remnerating. Not a perfect idea but one alternative.

Would it make more sense to tie renumeration in the present on an improved outcome, where medicines can be optimised, savings made, compliance improved, repeat dispensing identified and actioned? This way only MURS that would be conducted would be those where a genuine belief that it is for the good of the patient are conducted, and less focus on hitting a quota target?

If remuneration is tied to measurable positive outcomes then there won't be much money in it! :-D

I totally agree that there should be a rethink on MUR payments. Given that the Murray report concluded  that there is "no evidence for the clinical or cost-effectiveness of MURs” the service should be scrapped as a disgraceful waste of taxpayers money. It is a very poor reflection on our profession when we pedal a service that has no evidence base of providing any clinical benefit, purely for financial gain. Maybe we should all embrace homeopathy as well? Is it any wonder we're seen as a profession of shopkeepers and not clinicians?

Totally agree with Val, an audit into the quality of MUR's and patient benefiit is long overdue. I believe majority of the MUR's that have been completed and claimed for were to simply hit the targerts and accrue fee payment, with little or no benefit to the patients. The service in its current format needs to be scrapped, as it is a complte waste of taxpayers money.

I agree with the different levels of caps for different Pharmacies based on volumes. This should be looked into. Maybe 10,000 items plus can do 500 and under 5,000 items max 300. (Just a suggestion)However I disagree with the quarterly review as there may be circumstances where services are harder to carry out eg staff holidays/sickness