The local pharmaceutical committee (LPC) in David Mowat's constituency is encouraging the minister to experience “first hand” what pharmacies in his area have to offer.

Helen Murphy, chief executive officer of Community Pharmacy Cheshire and Wirral, told C+D last week (July 26) that she had spoken with the new pharmacy minister's office to make them aware of the offer.

“We are looking forward to how we can engage with him on community pharmacy matters, given the discussions around the [government's] proposals for the contract,” Ms Murphy said.

“We welcome the fact he has been appointed.”

Mr Mowat, MP for Warrington South, was appointed parliamentary under secretary of state for community health and care last month, and has taken over the pharmacy portfolio from Alistair Burt.

Ms Murphy stressed that the LPC did not know Mr Mowat’s thoughts on community pharmacy at the moment, but said his appointment is “an opportunity for a fresh pair of eyes” to be applied to the government’s plans for the sector.

Mr Mowat broke his silence towards the sector yesterday (August 1) by responding on Twitter to a C+D letter suggesting which areas he should prioritise.

Pharmacy is “an important frontline service” and he is “looking forward to supporting the sector as it modernises”, Mr Mowat told C+D. 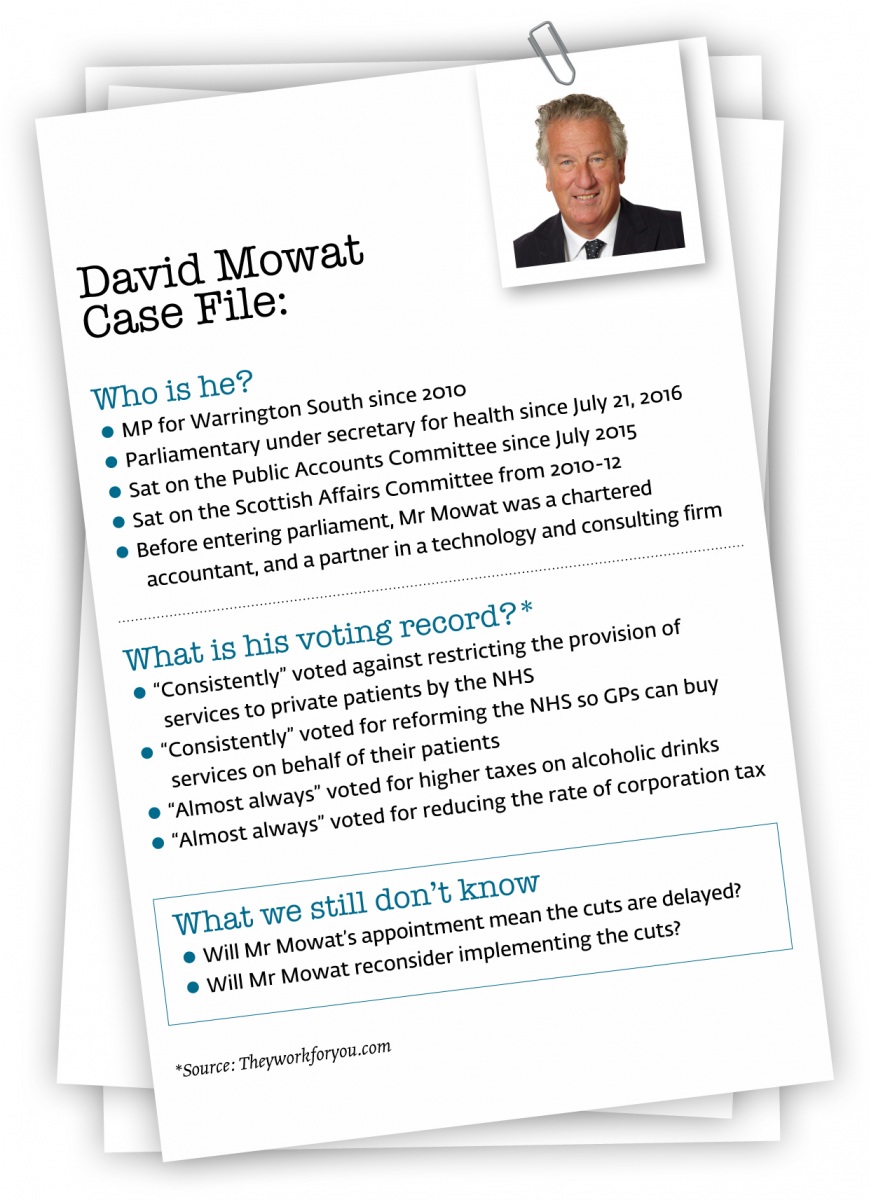 he was an accountant .... pretty much says it all