REVEALED: DH list of 10 areas most affected by pharmacy cuts

The government created a list of the 10 postcodes in England that would see the greatest drop in average pharmacy funding, C+D has learned.

A partly-redacted document from a Department of Health (DH) official to Jeremy Hunt – dated September 2015 and revealed during the High Court hearing last month – includes a list of the “top 10 postcode areas with highest projected average decrease in remuneration in 2017-18” (see below).

In the memo, the DH official noted that half of the most affected areas “are in greater London, and nine of the 10 are in the south east”.

The DH also looked at Birmingham, where it predicted that 23 out of 187 pharmacies in the postcode area [would] see more than a 20% reduction in fees and margin”.

“The majority of those pharmacies [in Birmingham] that experience a reduction in remuneration of greater than 20% are located in close proximity to other pharmacies, indicating that patient access is unlikely to be negatively impacted for most of the population,” they added. 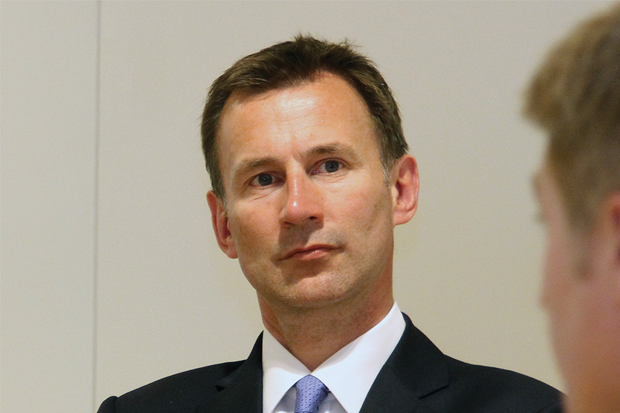 The DH official told Jeremy Hunt in the memo: "Community pharmacy is seen as a 'steady earner' as a business proposition, with a 'highly secure income' due to the steadily increasing demand for prescriptions, the relatively stable and generous remuneration payments in place, and the ability to use NHS prescription services as an opportunity to cross-sell non-prescription items."

However, they admitted that “the extent to which we can know precisely these costs, margins and the profitability is limited to…NHS data, information we can glean from Companies House [and] informal conversations with industry insiders”.

C+D reported live from the High Court legal challenge to the pharmacy cuts. Remind yourself how the sector got to this point and catch up with all the coverage here.

REVEALED: The secret meeting that decided pharmacy's future
21/03/2017 | 15 | News
26 Comments
Question:
Is your pharmacy in one of these areas?

I think I agree with ajaz, if you can offer low rates then do so, if someone excepts it then thats up to them. But lets all be honest ajaz is bit of a keyboard warrior, we all know he would never use his real name or name his small pharmacy on this forum.

There was case recently about a pharmay in nottingham employing his daughter for quite a few shifts, and turns out she wasnt a pharmacist. Point is, dosnt matter if your name isnt there some people may still hire you!!

Lol how about the case of multi nationals employing foreign pharmacists with dubious levels of English ....why pick on independents.

Just had a look on the register - only one Ajaz Akhtar and he isn't a superintendent so there's a lie going on here somewhere.

And I suppose your real name is lucky ex Locum LOL

Obviously not but I AM a superintendent.

Come on guys....these are the questions I had today from walk in patients .

Yes they can all be answered by competent counter staff but what about the questions that can't? There are just as many of those. I'd suggest the training of your staff is not up to the job if they can't answer the questions and are passing them on to you. I don't get asked that type of question any more because my staff are well trained, well motivated and happy.

I suppose punctuation and spelling is a ROCKET science!

Whats rates you getting soni Jim?

*This comment has been edited for breaching C+D's community principles*

You can downclick till the Cows come home. Call christies....demand for pharmacy is still high....and 3000 new Pharmc't's in September will decrease rates even further. £12 hr is what I'm gonna offer...

And let's hope you get the crap pharmacist you deserve and go to the wall.

Couldn't agree more my mussy. It is the bitter reality.

The cuts are only keeping  low volume pharmacies viable due to the influx EU pharmacists keepings wages down. Good news for contractors but bad for home grown locums.

Contractors who plan to pay £12 per hour are the bad news for locums - yes you'll make some short term profit which is all you seem to be driven by but in a few years when everyone has had enough of working for bugger all yet taking all the bile directed their way, what are you going to do? No pharmacist = no pharmacy = no income for you.

I agree....used to be very lucrative....still good money to be made if you keep costs low and hire cheap foreign pharmacists...currently paying £14 hr and £10 for every MUR completed

This is precisely why pharmacy is going down the tubes. 'Student' my arse.

Demand and supply...I'm not here to make locums rich...sorry guys it's business

And I go back to my previous comment - what are you going to do when the supply dries up, which it will if the likes of you keep putting a lower and lower worth to it.

Come on...I'm still at the back doing paperwork , the Locum just has to do walk in, few addicts , couple MURs....hardly back breaking.....£14 hour for 9 hrs and two murs

They also take reponsibility for everything that goes on in your pharmacy while they are signed in - for FOURTEEN quid an hour?? Pay peanuts and you'll get what you deserve.