Sandra Gidley: Pharmacists are on frontline of explaining what patients are allowed

Pharmacists should not be expected to deliver “unpleasant messages” to patients about proposed prescription restrictions, the chair of the Royal Pharmaceutical Society's (RPS) English board has said.

“Don’t expect the poor foot soldiers [of pharmacy] to deliver the unpleasant messages in the NHS,” said Sandra Gidley, during a roundtable debate hosted by C+D in June.

The debate was prompted by NHS England's announcement in March that it is considering scrapping gluten-free foods, instant-release fentanyl, and travel vaccines – among other items – based on the recommendation of clinical commissioning group (CCG) representative body NHS Clinical Commissioners (NHSCC).

“Health professionals are being put [on] the frontline of explaining what [patients] can have,” Ms Gidley said. “Politicians are ducking a wider public debate about what the health service can realistically afford.”

Ms Gidley warned that plans to cut certain drugs and services from prescriptions could result in “second class health citizens”, and added that a “blanket ban” on gluten-free products on prescriptions – as recommended by NHSCC – in particular could have an impact on families unable to afford these items.

Instead, she stressed that it is important to reframe the wider debate around what items and services are available on prescription, "so the patient realises they have a right to the basics, but not a right to choice because we can't afford that". 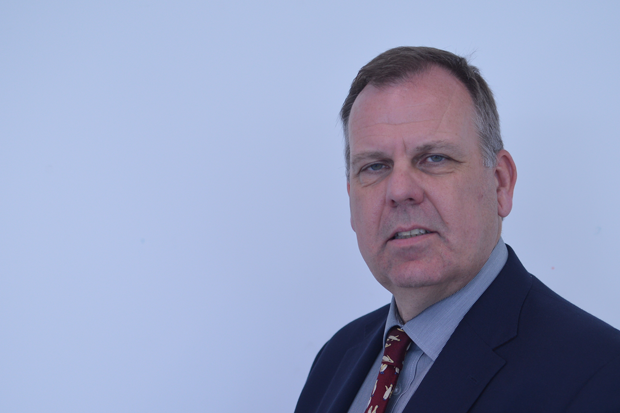 In response, NHSCC co-chair and GP Graham Jackson (pictured above) – who also attended the debate – said the issue of health inequalities is “critical and important”.

“We don’t want to widen the gap, but on the other side there is the inequality of provision,” Dr Jackson said. “[The list of 10 drugs and services] is early work we can do to recycle valuable NHS resource back into better products for our patients.”

Since the debate, NHS England has announced it is consulting on whether 18 items and services – which do not include gluten-free food – should "generally not be prescribed". Alongside these, NHS England announced it is gathering views on a further 3,200 items – including cough and cold remedies – to see whether they should also be barred from prescriptions.

What else was discussed at the debate?

'It is a government decision to remove these items, I can only suggest you write a letter to your local MP. Yes, who's next please?'

The crux of all this is the British people's demand for public services without the associated taxation, that is, representation without taxation. You cannot possibly win this argument when you belong to a nation of people who pretend to be against 'benefits' but are in fact against benefits that they don't get.

If the British people's demand for services was genuinely covered by taxation (as opposed to the printing press and an illusory house price economy), then we would probably be looking at five pence on the pound. People don't want to hear the truth, they prefer to be lied to and so it is a truism to say - you get the politicians you deserve.

So, who else is going to explain it?!

The trouble is, Sandy wants all the good bits and none of the bad bits in life. Like all Lib Dems really !  Had to explain to a pt yesterday that the gluten free bread she has had for yrs has been changed to a different make to stop the specials fee and handling charge, plus i added for good measure, that basically Madam, eventually the govt. want to take these things off scripts and expect you to buy them and this is just the beginning of it, and it will get much worse in all areas of the NHS, and this is largely due to the  massive influx of people to our country, people living longer, and the NHS demand growing by 5% on average a year. So get used to it!  (it was a lengthy discussion!!)  And basically, to say she is an old battleaxe of the Ena Sharples type!  (younger readers, ask your Nan!!) she was ok .  Still had a look on her face of a slapped bulldog, chewing a wasp! but that's life! I'm getting mighty tired of hearing about the NHS and funding. The answer is NOT to keep throwing money at it. It won't work. The answer is, as being shown, to reduce people's expectations on it. I mean come on, do we really think, in 1948,  Nye Bevan expected it to be gving out sun cream, desserts and bread 70 yrs later ??!!  We either move the NHS to essential care like A&E and expensive hospital stuff like cancer and heart care and surgery, start looking at what GPs do and give out, use pharmacists and physicians assistants more in General practice to get people seen, and basically respect it more, and realise that it isn't free, someone somewhere is paying for it. The taxpayer! And they don't want an increased bill every year, because it is unsustainable. If we don't do this now, then we will end up moving to a payment system. People like Sandy, being former politicians don't want to make these hard choices, as they are unpopular with voters, and they get a kicking at the next General Election, but eventually someone will have to. God knows who though. Even Maggie only tinkered around the NHS edges!! Basically, we need a 'couldn't give a sh*t, i'm doing one term only' Donald Trump type, to come in and give the country a good shake up. (not sure if he will manage that even in the USA, but if he gets off the twatter twitting, then maybe he will?! but that's getting off topic, so i'll stop now!! )

I think Sandra, although being critisized by everyone, is trying to do Pharmacists a favour , so it s a bit unfair really to knock her down . I think her time would be better spent telling a wider audience that Pessina is like Tony Blair . Both are guilty but walk with impunity.

contd ... pharmacists have to explain every time when the prescription charge goes up, when blacklisted items are prescribed etc ... I can't really see what Sandra is advocating. Is she suggesting we keep silent when faced with patients? Is it not pharmacists job to explain?

Sandra is talking about a non-issue, pharmacists deliver difficult messages everyday every time they ask if a patient is not exempt. I have not been a member of the RPS since the split, this article confirms the value of not being a member.

I think, to be fair, that what Sandra is getting at is that there should not be an expectation that we should deliver this sort of news when we are not involved in the process - just in case some patient wants to "shoot the messenger". You are correct when you say that it isn't all that difficult to give the information and I suppose we can at least divert the ire of the disgruntled patient towards the GP/CCG/NHS/Government (delete as appropriate)

My biggest issue is the lack of information for patients and the inconsistent approach by prescribers - that causes more frustration!

I have no problem advising patients that they can no longer have all the items that they were previously getting on script . I remember when the original blacklist came out , and very quietly loads of vitamins , foods and topical agents have  crept back onto script . This subject is going to rumble on . It doesn't help that England , Scotland and Wales all have different attitudes towards charging . Nothing is for free -  I could rant about this for hours !

If pharmacists have to tell patients in the end, I don't think the patients will blame the pharmacists anyway, they will just moan and blame the Government as they normally do.

Hmmmm I think pharmacists won't have much choice in the matter. You can just imagine a multiple making it a targets advanced service anyway. Do it or be sacked.

How do pharmacists have a problem telling someome you cant have gluten free products because the NHS have banned it? Its not difficult, we not telling someome they about to die. What does sandra want, a cpd module on how to deliver a simple message? Or perhaps some money set aside so we can be paid to tell the patient?