GPhC: In light of the judge's decision, the standards will come into force in May as planned

The basis for the Pharmacists’ Defence Association’s (PDA) challenge of new professional standards for pharmacists was “simply wrong”, a High Court judge has concluded.

Mr Justice Singh confirmed yesterday (April 11) that he will not permit the PDA’s request for judicial review of the General Pharmaceutical Council's (GPhC) professional standards to proceed, and rejected all of the PDA’s key arguments.

The PDA took issue with a line in the standards – due to come into effect in May – which state that they “need to be met [by pharmacists] at all times, not only during working hours”. 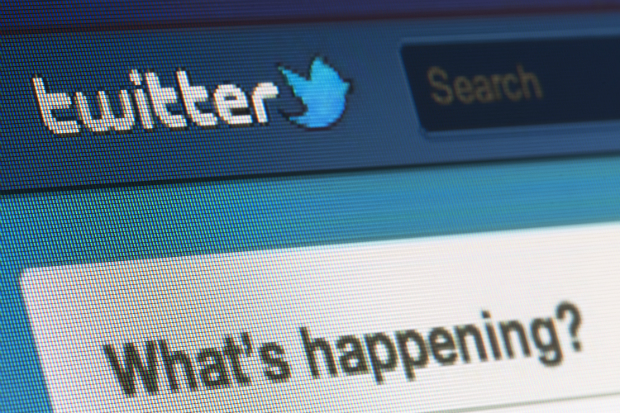 However, following a High Court hearing in Birmingham last month (March 23), Mr Singh said the standards do not “extend the definition of misconduct to reach into trivial matters”, as the PDA claimed.

Pharmacists “will not need to lose sleep” if they are “not polite” to other people, such as "neighbours in a boundary dispute or members of their family over a board game at Christmas", he added.

However, Mr Singh stressed that there may be occasions outside of work that could impact patient care: “If a pharmacy professional engages in a racist tirade on Twitter – that may well shed light on how he or she might provide professional services to a person from an ethnic minority."

“[The standards] are intended to be helpful to illustrate what may or may not be appropriate conduct," he added.

“They need to be interpreted in a way that is rooted in real life and common sense."

“One cannot legislate for all circumstances in advance,” Mr Singh explained, which he admitted “may be frustrating” for anyone subject to regulation.

He stressed that “various professions” – not just pharmacy professionals – are required to uphold “the reputation of [their] profession” outside of work.

“The claimants themselves accept that there is a need for standards that provide that some out-of-work behaviour can be censured by the regulator,” he added.

No breach of human rights

In reaction to the PDA’s claims that pharmacists are “victims of the proposals”, Mr Singh said that “it is impossible to say that the new standards are inherently and necessarily” in breach of a pharmacist’s right to privacy and freedom of expression.

“The standards cannot lawfully be applied,” and so pharmacists “need have no concern that their [human rights] could or would be breached by the implementation of the new standards”, he concluded.

Mr Singh ultimately refused the judicial review application, stating that the GPhC council had “done nothing to exceed” its discretionary power when it had approved the new standards in November 2016.

Standards come into force in May

In light of the judge’s decision, the GPhC said it will now "move forward" with the implementation of the standards, due to come into effect in May.

The regulator will shortly begin a "programme of communications and engagement with pharmacy professionals about the new standards", it added.

PDA director of defence services Mark Pitt said despite the decision, the organisation is “satisfied with the outcome”. Read the PDA's full reaction to the case here.

You can read the full judgment on the case here. 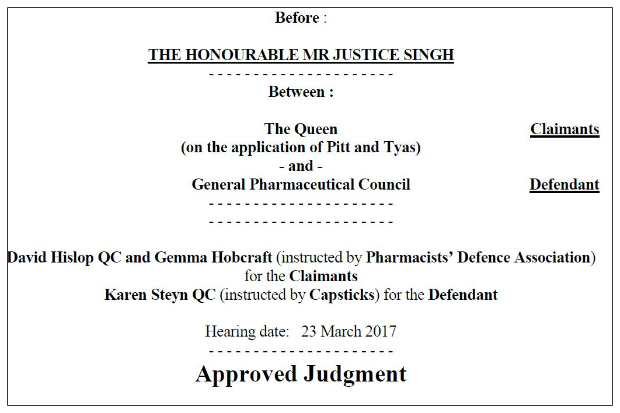 I think this is all backwards. I am concerned that the appalling standards I experience in community pharmacy will, by association, damage my reputation in my private life.

Totally agree Shaun . Community pharmacy is not a good place to work, its dangerous , highly stressed, under paid and gets little respect for the stalwart task it is asked to deliver.

Cant help thinking of all the times the other half asked how my day at work has been and I replied "brilliant" ! that under the new standards I would be done for dishonesty in not telling what a horrible abusive day i've endured ....yet again!

Am I right in thinking a judicial review is possible once the standards comes ino effect in May? I imagine that it'll take a high profile case e.g. a multiple using the new standards to put an employee over the barrel for doing something trivial; to be an acid test for whether or not the GPhC standards (and the way they're interpreted and used) are fit for purpose. I expect at some point there'll be a real clash between the GPhC and PDA over this, possibly leading to the GPhC having to review, clarify or rewrite the standards.

Pharmacists working in the independent sector have little to worry about, as the work culture among independent pharmacies (at least in my experience) is more common sense orientated. The same cannot be said for the big multiples, who we can be sure will use the standards to bully and destroy pharmacists who refuse to tow the line.

To fellow pharmacists working for the big mulitples, my best advice is to be resolute and don't give in. If your employee tries to intimidate you or make you sign a confession (or something amounting to that), be sure to refer to Mr Singh's advice (human rights, common sense/real life). Will an employer be so eager to bully if their victim knows his/her rights and puts up a fight? At the risk of sounding like an advocate for the PDA, I recommend being a member. The simple presence of a rep makes things so much better if you find yourself in the unfortunate situation of being disciplined and investigated by your employer.

The truth of the matter is this is just another burden and expectation placed upon the body professional who are seeing working environment standards and remuneration dropping like a rock in a lake.

I wonder which straw will break the camels back?

I feel that the main issue here will be WHO interprets these standards. If someone feels that a standard has been broken then it will be down to us as individuals to defend ourselves. If an interested body decides you have broken a standard - say your employer - you will be judged. Not in a court with the very reasonable Judge's interpretation, but with your boss/company determined to get you in any way possible. Sounds dramatic I know, but this WILL happen again and again.
The GPhC have no idea what Pandora's box they have just opened.
I also wonder who will be the first to counter-sue the GPhC in the event of an expensive civil lawsuit which they might win on the balance of probabilities where a judge deems one or more of the standards unreasonable?

Lawyers, including judges, often disagree. It would be interesting to hear some legal opinions on what the standards say – not opinions on the judgement.

Personally, I think the judge’s interpretation is “simply wrong”. Contrary to what the judge said, the examples in the standards are not intended to show what “may or may not” be appropriate conduct. The standards clearly state they are expected behaviours which should be met by pharmacists. Also, the standards aren’t just made up of examples.

The judge saying that the standards should be interpreted in a common sense, real world, practical way – because they are for pharmacists and not lawyers – is also nonsense. He’s effectively saying that if you interpret them as a lawyer would – i.e. literally as written, then you could take a different view than if you were a pharmacist. What sort of basis is that for interpreting them? They're supposed to be for anyone to read and should have been written properly in the first place.

The assurance that pharmacists don’t need to lose sleep about making the declaration if they’ve had an argument over a board game is limited to that scenario only. I think the situation is still very uncertain. For example, the standards say "pharmacists must keep to the relevant laws" (and it's not one of the examples). What if I exceed the speed limit by 1mph but don't get caught? Do I need to declare that when I renew my registration? What if, whilst caring for someone in my private life, I'm impolite to them?

The fact that the standards say the examples may not apply in all situations means nothing. They still apply at all times. For example, if I’m asleep in bed alone, the example ‘treat people with respect and safeguard their dignity’ would not apply to that situation, but its application would still be ever present; were I to then be awoken by a nuisance phonecall from somebody, that standard, applying at all times, would apply to that situation (the phonecall).