Pharmacies in Merton, south-west London, will receive £14 per COVID-19 swab test given to key workers – and a further £10 for a “public health intervention” – as part of a pilot.

Around 10 pharmacies are currently signed up to the six-week trial, which started last week, but more are “being added daily”, Merton local pharmaceutical committee (LPC) CEO Amit Patel told C+D on Wednesday (January 13).

The £14 fee was calculated by considering the need for pharmacies to run risk assessments and clean the premises after the service, Mr Patel said.

The pharmacies can also claim an additional £10 fee if they offer an enhanced service to the patients waiting for their lateral flow test results.

“We know that smoking and being overweight really have a big impact on how COVID-19 can affect you,” Mr Patel told C+D.

How does the service work? 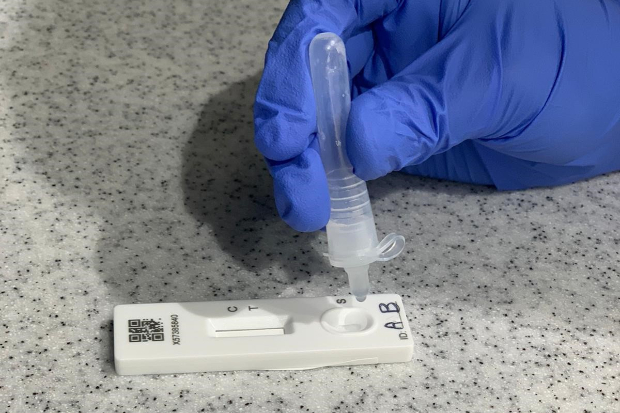 The service is intended for asymptomatic patients who are considered key workers, Mr Patel said.

There are three elements to it: key workers can book a test through a portal on the Merton council website and be directed to the nearest participating pharmacy. But if they have symptoms, they will be directed to a testing centre rather than a pharmacy for a polymerase chain reaction (PCR) test, Mr Patel specified.

The asymptomatic patients will be shown how to perform the test by a trained member of the pharmacy team and will be guided through posters and other material around them, he explained.

Pharmacists can also “opportunistically” offer the test to regular patients, who they know have long-term conditions and are considered key workers, without the patient having to register on the portal first, Mr Patel added.

Pharmacy team members can also use the lateral flow tests “themselves every morning before they start”, Mr Patel said.

“The Merton Public Health England (PHE) team has made that very clear; they worry about patients and public safety,” he stressed. Participating pharmacies also receive extra deliveries of personal protective equipment to offer the service, he added.

At the end of each week, the pharmacies compile an Excel spreadsheet for the PHE team, detailing how many tests they gave to patients, how many they used for their own staff and how many were wasted, as well as the number of positive and negative results.

The expectation is for the pilot to carry on beyond the six-week trial, Mr Patel said. The NHS England and NHS Improvement (NHSE&I) team in London have been made aware of it, in case “they decide to do this on a London-wide basis”.

“Everybody is watching [the Merton pilot] to see what the results are like,” he added.

A similar pilot was launched in Dudley last month with around 30 participating pharmacies, a spokesperson told C+D.

Pharmacies are paid £11 per test they carry out, they added.

In another pilot in Bradford, 32 pharmacies are providing PCR tests to be performed at home, as part of a four-week trial.

The swab tests are self-administered and “must be collected from the pharmacy by a representative without symptoms on behalf of a symptomatic patient”, the local NHSE&I team stressed.

The tests are then then posted via Royal Mail priority postbox.

The pharmacies are “testing the operational feasibility of providing this service nationally”, according to an update by NHSE&I published earlier this week (January 12).

COVID-19: Asymptomatic pharmacy staff to get at-home tests
11/11/2020 | 4 | News
0 Comments
Question:
Would you like to offer this service from your pharmacy?
Login or register to post comments