Contractors will notice the real impact of the 3p drop in the single activity fee at the end of January, the Pharmaceutical Services Negotiating Committee (PSNC) has warned.

Funding for England’s pharmacies will remain at its current level of £2.592 billion for the remainder of the financial year, PSNC announced this morning (October 22).

However, “the real impact of the changes will not be noticeable until the balancing payment for November is paid within the January end-of-month payment”, PSNC warned.

Understand where money comes from 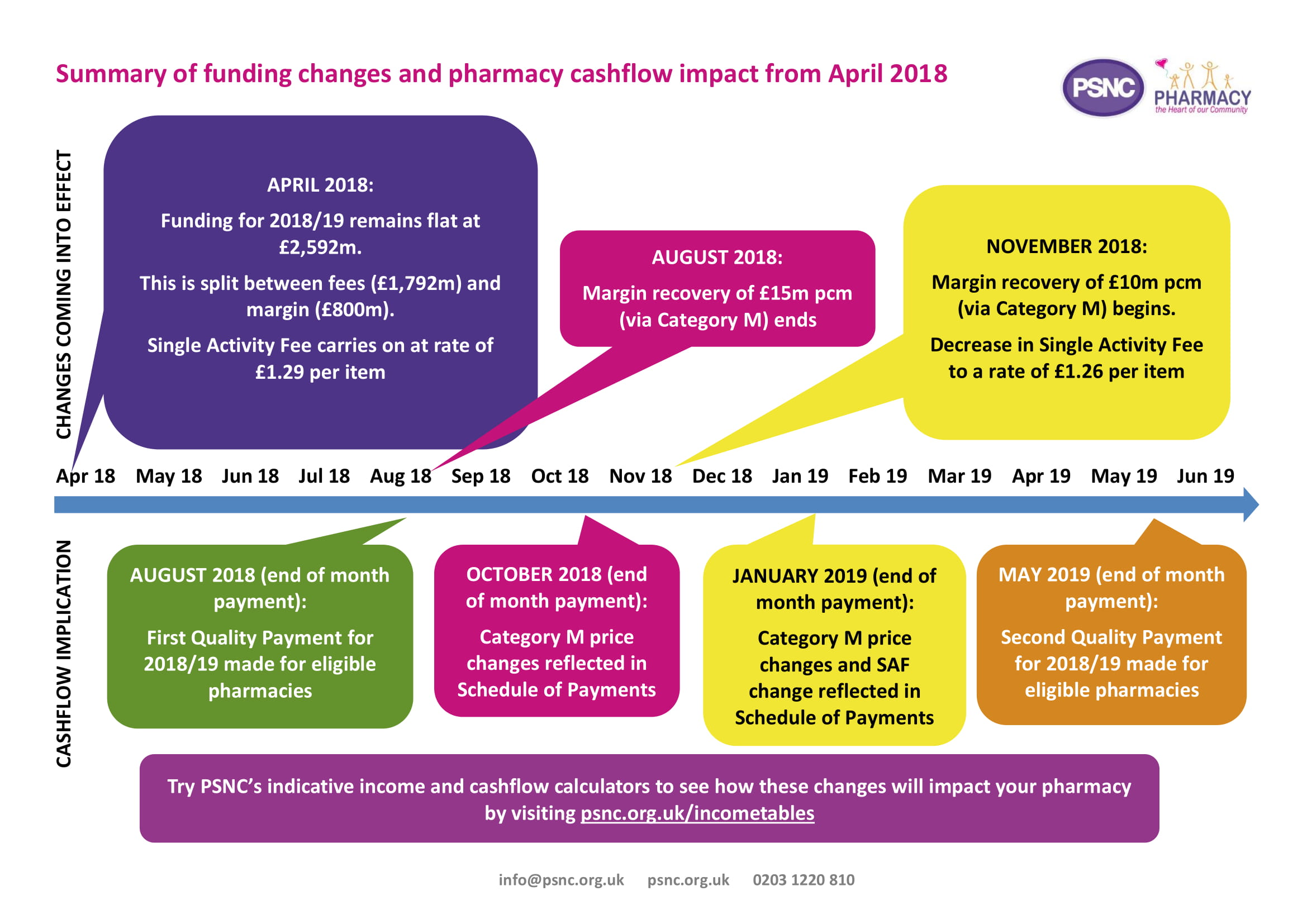 “The really big issue that contractors have to face is how their payments are made,” PSNC director of funding Mike Dent told journalists in a briefing this morning. “It is that lack of financial literacy that worries me, because things are tight now.”

“They have to understand where their money is coming from to make sensible business decisions.”

Mr Dent could not speculate whether there would be a further clawback beyond March, but said it largely depends on the results of the 2017-18 margins survey, and what impact last year’s influx of price concessions has had on the sector.

However, he stressed that the £10m reimbursement per month is “conservative” and the sector will still owe the Department of Health and Social Care (DH) “a chunk of money” – “more than £50m”.

PSNC was “very keen” to keep the adjustment as moderate as possible, by spreading the margin recovery over five months, he explained, “but we can't hide from the fact that we do owe [the government] some money”.

Mr Dent stressed that the funding agreement for 2018-19 is “the most optimistic scenario” the sector could have received from the DH, which had previously proposed a further £33m funding cut, he said.

PSNC has “expressed a desire” to begin negotiations for the 2019-20 funding settlement, during which it will propose a service-based contract, a move to a multi-year settlement and funding for the implementation of the EU scanning law – the Falsified Medicines Directive (FMD) – the negotiator added.

Explaining its decision to agree to maintain the current funding level into 2018-19, PSNC said: “In the context of widespread austerity and immense financial pressures on health and all public services, and also knowing the [government’s] previous plans to reduce pharmacy funding by £33m this year, maintaining funding levels had to be a priority.

“PSNC was also conscious that with only five months of this financial year left, funding for 2018-19 would need to be settled before we can embark on substantial discussions about the long-term future of community pharmacy.

“Agreeing to this settlement was a difficult decision for PSNC to take and we have stressed our concerns about the impact of flat funding on pharmacies to the DH, but community pharmacy would not have had a better funding offer than this,” it stressed.

'Repurposing' NMS among PSNC's plans for new pharmacy contract
06/06/2018 | 4 | News
7 Comments
Question:
How will you prepare for the cashflow dip in January?

It's alright understanding the implications but there's sweet football association you can do about it.

End the freebies, and charge for collection & deliveries, MDS and increase on private services. This will more than make up for the shortfall in the (3p drop in fees) "drop of net profits". If it is still not good enough, then sell up!!. while the prices are still in the postive territory.

Us locums have had no increase for the past ten years, but a drop of 50% in real terms.And is not as bad for the contractors. You must now know how we have felt over the past decade....

How can you not comprehend that we can not pay you what we dont have!

Also MDS  is paid for in the contract and can not be refused if the patient qualifies.

Totally sold down the river by the PSNC again....what no negotiation....just roll over like a dog having his belly scratched! Everyone please contact your LPC tomorrow and tell them that you are not paying any more PSNC levies until this shitshow is sorted out

'However, he stressed that the £10m reimbursement per month is “conservative” and the sector will still owe the Department of Health and Social Care (DH) “a chunk of money” – “more than £50m”.

Why doesn't he shoot straight and tell us the actual figure owed for 2017/18 rather than drop feeding in bad news?

Self preservation I imagine

...“The really big issue that contractors have to face is how their payments are made,” PSNC director of funding Mike Dent told journalists in a briefing this morning. “It is that lack of financial literacy that worries me, because things are tight now.”.... When in glass houses don't throw stones.

The tables produced by PSNC show just how unfair the current funding model is for independents who cannot achieve the buying power of vertically integrated multi-national pharmacy conglomerates.

For example the Nov 18 to Mar 19 indicative income table states that a contractor dispensing 7,000 items a month should make a monthly purchase profit of £4,624.

Independents cannot get anywhere near that level. Profits are made by wholesalers not contractors.