39 of the closures were in England's most deprived areas

An exclusive C+D investigation has revealed for the first time that 140 pharmacies in England closed in the wake of the funding cuts – and where they are located.

C+D’s analysis of government data has identified that 140 community pharmacies closed across England between November 2016 – the month before the 12% funding cut came into force – and May 2018.

Lloydspharmacy – which announced in October 2017 that it would cease trading in 190 “commercially unviable” locations – accounted for 70 of the closures (see more below).

Of the remaining 70, 39 were independents, 22 were owned by Boots, four by Rowlands, three by Cohens, and one each by Well and Day Lewis. 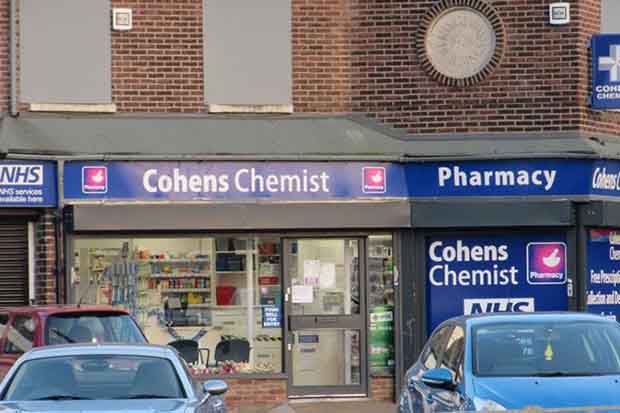 View C+D’s interactive map below to see the location of each of the 140 pharmacy closures.

C+D’s analysis revealed that the recent closures are concentrated in pockets across the country. A total of 31 pharmacies closed in the north west, including five in Liverpool and six in Manchester. In contrast, Sheffield – the sixth most-populated city in England – suffered no pharmacy closures.

Despite 1,854 pharmacies located in the capital in 2016-17, central London was left completely unscathed, while only a smattering of pharmacies closed in Greater London – in Ilford, Romford, Blackheath, Catford, South and Upper Norwood, Croydon, Ealing, Egham and Barnet.

Eleven pharmacies closed in the West Midlands – four in Birmingham, three in Coventry, two in Dudley and one each in Walsall and West Bromwich. A further 13 closed in West Yorkshire – four in Leeds, two in Bradford and one each in Halifax, Holmfirth, Clayton West, Normanton, Wakefield, Allerton Bywater and Keighley.

Five multiples closed in the Bournemouth and Dorset areas, while Leicester and Nottingham both lost two independent pharmacies each, in close proximity of each other.

A separate C+D analysis has revealed that a quarter of the closed pharmacies are in the most deprived areas of the country. Read the full story here.

“Business as usual” at Boots

Boots confirmed to C+D that it closed 22 branches in the wake of the funding cuts, which the multiple said is “usual practice with a business of our size”.

“We continually review our store locations to make sure they are where our customers and patients need us most,” Boots told C+D. “During the same period, we opened 18 brand new stores, relocated 21 and invested in hundreds of store renovation and improvement projects.”

Lloydspharmacy told C+D that 61 branch closures in the 18-months to April 2018 were part of its October 2017 announcement to cease trading in 190 “commercially unviable” pharmacies in England.

Managing director at the time Cormac Tobin was clear that this decision was a direct response to “changes to government policy on reimbursement and retrospective clawbacks over the past two years”.

Nine further Lloydspharmacy closures were not part of the 190 announcement, the multiple said.

Well stressed to C+D that closing a pharmacy is “an absolute last resort for us”. It confirmed that it had closed two branches identified by government data – in Heswall and Harold Wood Polyclinic, Romford – although the latter closed on September 30, 2016, two months before the cuts came into effect.

Rowlands told C+D that after a “thorough review, it was necessary to close” four branches in Warrington, Thatto Heath, Christchurch and Silsden.

Following the financial pressures brought on by the funding cuts, “it made sense…to close and merge pharmacies that were in close proximity to another Rowlands pharmacy without jeopardising patient care”, the chain explained.

“As pressure mounts on community pharmacy, we must continue to review our portfolio of branches and where possible consolidate to nearby branches,” it added.

To view the map in a new window, click here.

In October 2016, the Department of Health and Social Care (DH) announced it would reduce pharmacy funding in England by the equivalent of 12% between December 2016 and March 2017, followed by a further 7.4% funding drop the following financial year.

In a letter to Prime Minister Theresa May in August 2016, chancellor Philip Hammond stressed the funding cuts were a “good first step” towards “reforming the inefficient and over-subsidised” community pharmacy sector.

He added that he had “confidence in the Pharmacy Access Scheme” – introduced in December 2016 and designed to protect pharmacies in England situated a mile or more from another pharmacy by road from the “full effect” of the cuts, as long as they are not in the top 25% best-performing businesses according to dispensing volume.

More than 1,300 pharmacies qualified for this protection scheme.

REVEALED: A quarter of closed pharmacies are in most deprived areas
19/07/2018 | 5 | Features
Features

Boots (YLBP) on Hollyfield Rd, Sutton Coldfield have closed within the last 12 months with virtually no indication at all that it was imminent.

Sorry but have to attend a patient who requires an emergeny supply of Double base gel as they have run out . Ouch dry skin needs to be treated and I feel so proud that I am at the Cutting edge of life saving service to me dare I say  patient and eventually I will be rewared with fee of £1.20 less 17.5 pence.

Considering the recent push towards reducing prescribing of products purchasable over the counter, I would have to agree with selling the cream. Comes as a smaller 100g tube too, perfect to tide someone over until they arrange their prescription. Although why this isn't on a rolling twelve-month repeat dispensing would also be in question considering.

I'm sure selling it would go down very well Sue.

Pharmacist owners are business people and therefore have to ensure the survival of their businesses by giving in to the draconian measures taken by the Government for short term gains. If only it were that easy to just close your Pharmacy as an independant and walk away. The Goverment has sucked us dry while our negotiators are watching helplessly (I think) and suggesting impossible ways of surviving.

We have to accept that all the praise heaped on Pharmacists as pillars of the Community does not put food on the table and not get overconfident. The rule makers can easily dictate that a Dispensing technician is all that is required to oversee and fulfill prescriptions and ''boom'' your Pharmacist will be on the scrap heap. Fighting back is the only answer, however the multiples will relish this thought as they will only benefit from any joint action (industrial or otherwise) the independants will take. Just look at Pharmacy 2 U who are just interested in volume dispensing and now laughingly want to join the NPA.

Doctors never want to have a one upmanship on their colleagues but the Community Pharmacist by nature is in competition with other Community Pharmacies and therefore will always portray to the Public that he/she is better than another Community Pharmacist. We revel in our Customers' false praises that we give free deliveries, free repeat ordering, free MDS systems,free advise ,free emergency supplies ( for aspirin and statins and PPI's ,the list is endless), just because we want to be more compliant than our nearest competitor. Free means of no commercial or professional value. Be on your guard and don't ''big'' yourselves is currently you are succesful and silently enjoying the demise of others so that your business will benefit by Pharmacy Closures. Wake up and put some value to what you do. Challenge your Ivory Tower authoritarian regulators and ask them to think for the benefit of their membership rather keep making more and more regulatory requirements.

Why does it take so long for news of closed pharmacys to get through.  Lloyds in sainsburys Stafford closed on June 10th and so did several others on the same weekend

Sounds like this LloydsPharmacy closed outside of the time period we looked at (Nov 2016 - May 2018) but we’ll certainly follow this one up. Thanks for flagging.

What a win for the Conservatives in I’m guessing mainly Labour supporting areas!

It dosnt matter, clearly these pharmacies couldnt survive. But most of these patients still have access to other pharmacies, if anything massive savings on the NHS