Revealed: The weirdest weapons used in crimes in pharmacies

Firearms, blades, screwdrivers and walking sticks: a C+D investigation has shed light on the range of items used to threaten and attack pharmacists and their staff.

Using freedom-of-information requests to every police authority in the UK, C+D's exclusive investigation – published today (August 15) – has not only revealed the extent and severity of crime that pharmacists and their staff are facing across the UK, but the array of unusual weapons used in certain cases.

See C+D’s interactive map for a full breakdown of crime in pharmacies in 2016.

Knives or blades were used in five incidents in Northern Ireland – which had the second highest level of violent crime out of the 35 police authorities that responded to C+D’s request for pharmacy crime data from 2016. One of these incidents resulted in a “serious” injury, according to data from Police Service Northern Ireland.

A penknife, handgun and a "long-barrelled" shotgun were also used in other crimes in the country.

Elsewhere, a walking stick was used in crimes on two occasions, according to data obtained from West Mercia Police, which also revealed that a golf umbrella was used in relation to the “fear or provocation of violence”, by individuals looking to steal “makeup and sanitary products”.

Hammer and a brick 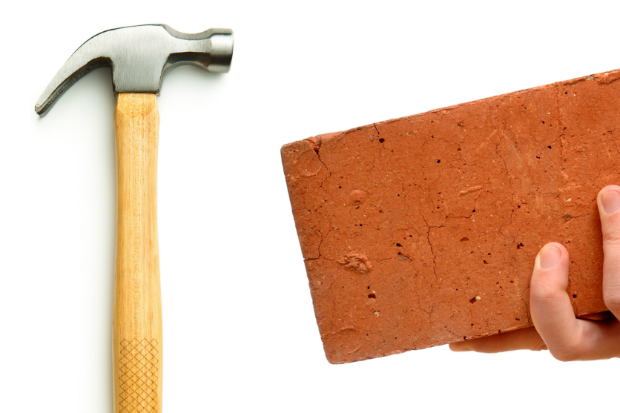 Both a hammer and a brick were used to smash windows in pharmacies, according to Devon and Cornwall Constabulary. A hammer also cropped up in pharmacy crimes in Durham, Staffordshire and Cleveland.

Screwdrivers were used in incidents in Cambridgeshire, Norfolk and Bedfordshire – which also recorded a case of a razor being thrown.

South Yorkshire Police noted a range of weapons used across some of the 1,170 crimes recorded in pharmacies in the region in 2016. These included a “can”, an “unbroken bottle”, a “garden implement”, and a “hypodermic needle or syringe”.

Among the more unusual weapons revealed by C+D's investigation were: a “bag with bottle inside” in Cumbria; a “gun-shaped lighter” and a “stone” in Norfolk; pepper spray in Humberside; and two “metal bars” – one described as “short” – in Durham.

Where weapons were not used, several police authorities recorded incidents involving “fists or hands”, “fingernails”, and “boots or feet” as methods to attack pharmacy staff.

Check out C+D's interactive map to see the extent of crime in pharmacies in your area in 2016, and read C+D’s analysis of the pharmacy crime data in the UK.

If you have experienced crime in your pharmacy, share your story by emailing [email protected], with the heading ‘Crime in pharmacies’.

I've worked in 2 pharmacies where there were pretty heinous robberies. In one, what was later identified as a "professional pharmacy theif" wielding a machete, appeared to drag the female pharmacist around by the hair. In the other, the theif was armed with a hammer. He mistook a car horn from outside, for a warning by his getaway driver that the police had arrived. He bashed the pharmacist over the head with the hammer and fled.

Here is my two cents with regards to security. You can't buy anything to protect yourself (https://www.askthe.police.uk/content/Q589.htm) save FARB gel and a rape alarm. I now go everywhere with my FARB gel, it's a non-toxic spray that might give you a couple of seconds to stun an attacker with so you can attempt to flee or defend yourself. A few companies make it, but you can get it here https://percygroup.co.uk/safehaus-criminal-identifier-portable-self-defence-security-spray/. Pepper spray would be a great thing for pharmacy self defence, but of course here in the UK the joke is you can get a custodial sentance for an unlicensed butter knife. You can carry the FARB discreetly in a belt holster or in your bag. Aim for the face!

Following the usual advice for if you are being mugged (comply, don't call for help until you are safe, don't attack an armed robber, etc) is probably for the best. It's not usually practical , but if you can have other people around or aware of where you are at all times, you'll lessen the risk of being a lone target.

For locums or those looking work, in my experience where there's a high demand for pharmacists, there's usually a reason related to how bad an area is. Pharmacies with a lot of addict supply, or in big council estates, always throw up additional security concerns. Go on crap towns or local forums for some intelligence gathering first.

Edit: the farb gel is just a kind of red paint. It does not burn or sting at all. It might help aid in the identification of the attacker. You can see it being used here, https://www.youtube.com/watch?v=HKWGr0qUSKg

Editor, it is very good journalism to high light the dangers that community pharmacists have to face every day . That said there is a giant rift between violent crime and threats and what "multiples "do about it . When you're on the receiving end ( as I have been many times ) it is shocking but what more disturbing is the apathy of the employers Boots and Lloyds .

"Shouldn't upset the patient, we need those items to hit our monthly target" lol

We once had a patient who was getting Methadone, Diazepam on blue script and a whole load of items on FP10 some of which were high value, but he was also pinching stock from the shop and we had him on camera. Once we found out, we wanted to ban him but the AM told us to continue dispensing his script as it was very 'valuable to us as a business'. No morals in community pharmacy and thats from management!

Agreed. To upset the Methadone patients is a "Red line" for Boots and not to be crossed even when the pilfering loss grossly exceeds the revenue. It beggars belief !!!!!!

I've always been suspicious of the targets for new clients and if I owned a pharmacy, I wouldn't chase this business. Surely the fact that they steal so much offsets the gain. Additionally I have had screaming arguments and nervous breakdowns right on the shop floor... Just wrote that, I don't mean me personally!

Yes, The Rx is more important than the pharmacist getting maimed or worse. Again the sort of issue where C&D remain silent akin to Trump and Charlottesville.

The apathy part is unlikely to be reported here as it involves upsetting multiples.

PDA have produced a policy and resource pack which will help identify and address risks of violence in pharmacies: https://www.the-pda.org/violence-in-pharmacies/