Readers on Lloyds letter: 'We had it easy at Sainsbury's'

C+D reader: The Sainsbury's branches I have worked in have managed the transition well

C+D readers have shared their experiences – good and bad – of working for Lloydspharmacy, following an allegation of "dangerous working conditions" in one former Sainsbury's branch.

C+D published a letter on Wednesday (April 19), received by the Pharmacists’ Defence Association (PDA) from an anonymous locum pharmacist, which described a former Sainsbury's pharmacy as being in "turmoil" under its new owners.

Pharmacists commenting on the C+D website and Facebook page began to share their stories of the supermarket pharmacies' transition over to Lloyds, with some praising the extra support they now receive. Others questioned why pharmacists have to resort to sending anonymous letters to have their concerns heard.

A former Lloydspharmacy employee posting on the C+D website as “Beta Blocker” agreed with some of the claims in the letter and said they knew Sainsbury’s pharmacists were “in for a shock” when news of the acquisition came through in July 2015. “Is anyone surprised [at the letter]?” they asked.

On C+D’s Facebook page, pharmacist Bilal Hussain reiterated some of the anonymous locum’s claims, describing short-staffing and “extremely stressed” pharmacists in the Lloydspharmacy branches he has previously worked for.

A community pharmacist posting on the C+D website, who wished to remain anonymous, applauded the locum for sending the letter. “I hope this encourages other locums to report where working conditions are not up to scratch.”

However, community pharmacist Arun Bains said it is “a terrible shame that the locum had no other option but to report [the working conditions] anonymously”.

"We now have more support"

“I can only speak for our store, but since being taken over by Lloydspharmacy we have more support from people who are actually tuned into pharmacy," she wrote on the C+D website.

"We have an area network that supports each other and a brilliant area manager who will help you no matter what the problem is."

Ms Smith admitted there are “more targets and deadlines” and “staff have to work much harder” under their new owners. “I think we all had it too easy with Sainsbury’s," she added.

Self-employed locum Rachel Prosser agreed that the branches she has worked in “seem to have managed the transition fairly well”.

“I understand why [the locum] wants to remain anonymous,” Ms Prosser said on Facebook, but suggested Lloydspharmacy management would not be able to address the concerns without specific details of the branch in question.

She warned there could be “more upheaval” to come, as the former Sainsbury’s branches are not yet using the Lloydspharmacy computer system. “They are going to have to introduce it sometime,” she added.

Pharmacy manager Maria Parvaiz – who has worked for Lloydspharmacy for 10 years – said she has always found it to be “very professional” and “well-respected”.

Pharmacists have to become “more professional” to survive in this “very competitive” sector, she posted on Facebook. 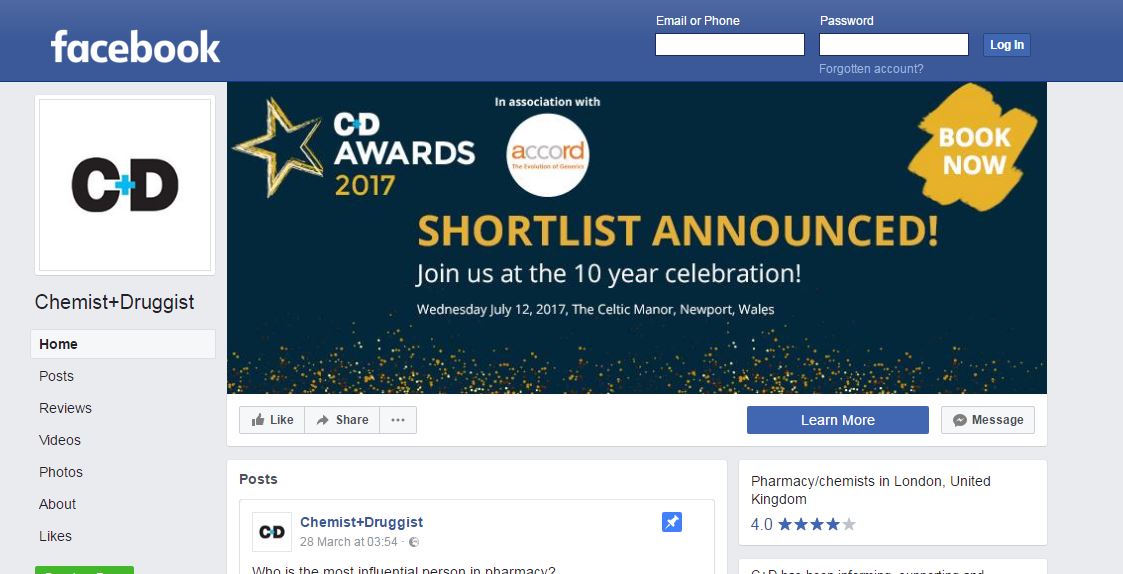 The local Sainsbury's pharmacy changed to Lloyds.I had some bad service at the pharmacy counter just after the change and one of the store (Sainsbury's) staff,said "They,the pharmacy staff,were always a peculiar lot and since the change to Lloyds they've become even worse".That was about two months ago.Since then I've not really had any interaction.I'll see what happens next time and be aware that the staff might be experiencing problems.

Who are at fault here, Lloydspharmacy for wanting to maximise profits, or pharmacists who chose to working under these conditions? Did anyone alleged that they were forced into the job or accepted the bookings against their will?

I didn't agree with the conditions and left. Some pharmacists didn't have savings like me so had to work under these awful, awful conditions. I ended up depressed and suicidal over these matters.

The behaviour of head office and area management was truly disgusting and the absolute antithesis of everything that I was taught as a junior pharmacist.

What was in the patient's wallet was ALWAYS more important than their health, and if the staff didn't get the figures, they would be belittled, demeaned or bullied.

It appears as if Lloyds pharmacy wrote this article themselves. They totally misrepresented the majority of comments from previous article.

They dissected genuine comments. This is an extremely biased article and puts the credibility of C&D in question.

C&D have no credibility. Do some research on the matter.

Completely agree Sham, even the headings within this article don't reflect the majority of comments that were made regarding the previous article; "we now have more support" was certainly not a comment/heading that I would have used to describe the overall feelings of the Lloyds in Sainsbury's colleagues! It just shows again how they manipulate comments in favour of the big companies, rather than addressing all the problems and concerns that were raised by the pharmacists. Lloyds should be held accountable for the way they treat their pharmacists, they say that they can't do anything because the locum wrote anonymously, that's just an excuse, the reality is that they can't be bothered and don't care. The only encouraging comment that Lloyds made was from Steve Howard, the Superintendent, and that's because he is actually a qualified pharmacist, all the others from Lloyds are not pharmacists and thus have absolutely no idea, that's the problem!

All pharmacists in the UK know about Lloyds.

Pharmacists have to become “more professional” to survive in this “very competitive” sector, she posted on Facebook.

Would Maria Parvaiz like to further explain what this means?

What does she mean by 'more professional'? Is she implying that the level of professionalism of most pharmacists is not already high (therefore leaving for a very marginal potential improvement)? What measure is she using in her rating of professionalism? Can she elucidate the mechanism by which an increase in 'professionalism' necessarily follows any 'increase' in 'competition'?

I look forward to a clearly reasoned, evidenced and concise response.

As a dispenser working for lloyds once sainsburys, we are very short staffed which puts more pressure on the colleagues, Lloyds were very fast at replacing the second pharmacist who recently left and save themselves over 1000 pounds a week, yet not sorting staffing issues.

They will happily leave locums who have never worked in our store before alone this has been going on since christmas time.

Lloyds pay and holiday is shockingly bad,  a check out colleague at sainsburys would be on the same pay as a dispenser at lloyds.

I miss sainsburys pharmacy, i do feel more supported at lloyds from higher up if we have a problem but I dont think they think about us as a person which sainsburys did.

I was really surprised to read the headlines of this article by Grace Lewis, and even more so when I read the article itself. The reporter has clearly cherry picked a couple of the C+D comments that were made on their website (non of which were made by a Pharmacist or Pharmacist-Pharmacy Manager) in order to make a headline, and just conveniently brushed over the other 40+ comments. To look at the article by Thomas Cox (19/04/2017) and to read the comments, the headline to come out of it certainly isn't "We had it easy at Sainsburys"! Please read my honest comments about what it has been like since the transfer. Also Louise Smith said that Lloyds we had support from people who were tuned into pharmacy, I have yet to call head office and speak to someone who knew what they were talking about. If you don't believe me you should have a look at a question someone called Joe posted on twitter on 28th March, he asked @lloydspharmacy "Are prescription charges rising in April?", Lloyds then replied to say "As of 1st April 2017 NHS prescriptions within England will cost £7.60 per item !?!.........That's just one example that sums up the type of unprofessional incompetence we have to deal with every day at Lloyds!

Wake up. Do some research. The C&D obviously get their funding from somewhere and if you can gain a pharmacy degree then you can also take a look at this. I have a portfolio of evidence that you're welcome to see.

In the UK in 2018 I cannot believe that this behaviour is still taking place.

Dissecting comments, ignoring glaring issues within the industry, focussing and producing dozens of articles on trivial (easy) issues, and taking backhanders should be crimes for journalists.

I totally agree, even my comment was totally Dissected and quoted on here.

As soon as lloyds took over they reduced locum rates and stopped pharmacist double cover. 20 hour paid CPD went out the window. Looks like they trying to maximise profits ahead of customer safety /colleague morale.

Dave....there's over supply of locums...rates are what ppl are prepared to work for.... boots/lloyds cartel needs to be broken up.

I have an issue with Louise Smith's opinion. Louise implies that Lloyds is tuned into pharmacy. From my experience and from figures I've seen indicated that Sainsburys pharmacy were generally outperforming Lloyds; so I would say Sainsburys was more in tune than Lloyds. Louise says 'we all had it too easy'..... well I've worked at a Lloyds that did about 150 items/day and a Sainsburys that did 500/day .... So you do the math.

In addition, Marie Parvaiz's opinion is probably one in a million, if anything Lloyds is less professional and with this the pharmacist will be less well respected. The multiples have too much power now, they are too big, fixated on money..... Shareholder is their prime concern.

Pharmacists have to become “more professional”??? What does that even mean.

We throw the word 'professional' around but we no longer know what this word actually means.

Excellent point Arun. There appears to be two different definitions, one defined by employee/locum pharmacists and another by the rest of industry.

Having spent several stressful years working various community pharmacies i compiled a top 10 list of branches that were likely to do some serious damage in the future. Lloyds branches were heavily represented in the top 10. You have to forget about healthcare and just accept you are there to make them as much money as possible by churning out as many EXRX's as possible. Somedays i hardly saw a member of public as i was locked away dispensing anything and everything. It was just a script factory. To provide balance here, Boots were worse. I'd rather starve than work in a big multiple community pharmacy these days. Sorry it's such a negative comment. But all my experiences were negative.

On balance community pharmacy is a difficult place to work, but overall having worked in most sectors prison, hospital, primary and as an urgent care practitioner in a walk in centre, most health service jobs are under increasing pressure.tworked in pharmacy for over thirty years I'm still retraining, updating and believe it's the only way forward.

So good luck, I can't see it improving unless we get a concensus with pharmacists, contractors, DoH and unions working together. I think employee on board of directors would be helpful, anyway good luck!

If locums speak out, they will get their bookings cancelled...happened to a friend of mine....I don't agree with everything Corbyn says but these cartels need to be broken up.