A total of 8,451 pharmacies – 71.2% of all community pharmacies in England – signed up to provide the service, 1,256 more than the previous season.

The pharmacy flu service was commissioned for an extra month this time around, running from September 1, 2016 to March 31, 2017. For the first time, contractors were required to notify NHS England of their intention to provide the service through a portal on the NHS BSA website.

The average number of vaccinations carried out by each participating pharmacy was 113 – a marked improvement on 2015-16 season’s average of 83.

More than 1,400 flu jabs at one pharmacy 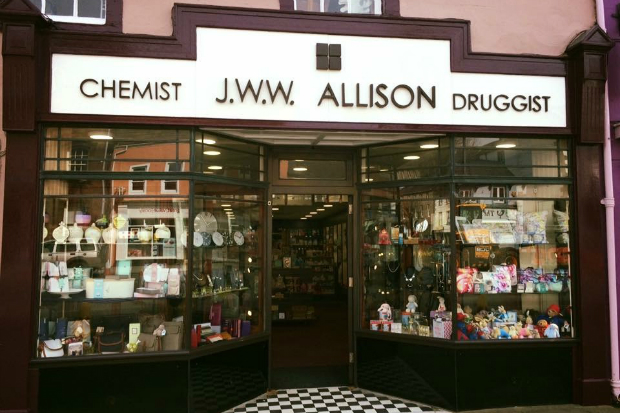 Nat Mitchell, pharmacist and director of JWW Allison – whose pharmacy was also commended for delivering over 1,000 flu jabs as part of the 2015-16 service – said: “We promoted our service heavily, as we always do.”

“This year we added a large external banner to the front of the shop, so that patients could read about the service, even when we were closed,” Mr Mitchell told C+D this morning (June 20).

“We also had a display screen in the shop highlighting the service.”

Alastair Buxton, Pharmaceutical Services Negotiating Committee director of NHS services, said the continued success of the national flu service “is a real testament to the hard work done by pharmacy teams across the country, particularly at such a time of uncertainty for the sector”.

“But there is much more that we could do to both improve patient care and ease burden on other healthcare providers,” he added.

Mr Mitchell said his pharmacy “already provides a highly popular travel vaccine service. So I think other vaccines would definitely work well in a pharmacy setting."

In March, the National Pharmacy Association said it makes “perfect sense” for community pharmacy to offer a wider range of vaccinations – such as shingles – after the success of the national flu service. Read the full story here.

How my pharmacy avoided a flu conflict with GPs
28/11/2016 | 17 | Views
5 Comments
Question:
How did you promote the pharmacy flu service last season?

We have two pharmacists for four days a week and by my own admission do not do many MURs at all.  We are a busy pharmacy, providing a range of services, so it is still quite a task to deliver a lot of flu jabs.  Our local GP's also own a pharmacy which administers a lot of flu vaccines.  This means that patients are quite used to getting their vaccine at a pharmacy. The vast majority of jabs were carried out in the first 6-8 weeks.

Thanks for the response Nat, well done!

I wonder how his local surgery felt about this!

That's a lot of jabbing - approx. 50 per week over 28 weeks. I wonder was there a second pharmacist involved or just a single very well organized one? With a busy shop, MUR targets, blister packs, care homes, etc. I would find it very difficult to single handedly hit anywhere near those kind of numbers. Hats off...