‘Does pharmacy need a new symbol to boost its public image?’

One motif to represent the community and pharmacy could boost public recognition of the sector, Malcolm Brown argues

Is there a symbol of community pharmacy? A symbol is a sign understood by those who create, and those who witness. People should know what it means.

For example, the deerstalker hat symbolises brainy detective Sherlock Holmes. The author, Sir Arthur Conan Doyle, never specified it – the illustrator of one of his books first imagined it.

Symbols have a life span: invention, birth and death. They become stale and dated. For example, today, an eagle seldom symbolises the Greek god Zeus.

However, I can’t think of a symbol unique to community pharmacy today that nails what the sector is about. I searched Google Images, YouTube and the Wellcome Collection, with no luck.

Until 2005, the National Pharmacy Association (NPA) logo showed a fermenting container. Then, the organisation deemed it old fashioned, saying it was “a nostalgic icon from a bygone age”. Split halves of a capsule replaced the container, (pictured below). 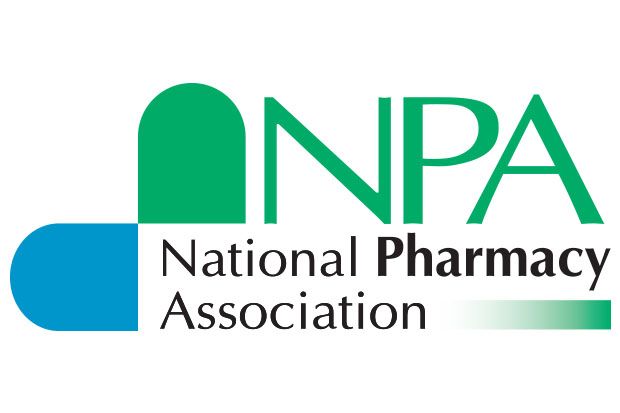 Pharmacies still often feature a mortar and pestle symbol, an ancient, internationally recognised image. However, cooks pound mortars and pestles too – more frequently than pharmacists these days – and on television. Therefore, perhaps in the public’s perception, this is a symbol more representative of chefs up and down the country, rather than the pharmacy profession.

Vision is usually the most dominant of all our senses. It involves a third of our cerebral cortex. One image combining the community and pharmacy, a motif without words, which is unlimited by language, could confer instant public recognition. Witness the stethoscope for the medical practitioner.

Maybe a crocodile – the symbol of alchemy – would serve as a reminder of our access to the rarest and most exotic ingredients, or a unicorn’s spiral horn with DNA’s helix. Molecular engineering and computers could feature too.

Any symbol will have critics, but it could boost the presence of community pharmacy.

I have only considered what already exists and so is familiar. However, perhaps some reader or graphic designer who creates vibrant, memorable images could create some fresh icon to hook the public. A new hat, perhaps?

Over to you C+D readers.

Malcolm Brown is a sociologist and retired community, hospital and industrial pharmacist

How about a symbol of a hand with it's rear facing the viewer with index and middle fingers raised at approximately 45 degrees to each other because that's what I feel like saying to pharmacy on a daily basis.

Can we please clarify if Malcolm is related to Jeremy Corbyn as there is an uncanny resemblance?

Also there is nothing wrong with the image of Pharmacy.

Nah, he isn't related. He doesn't have the 'face like a slapped arse' quality of Corbyn. He looks like a decent chap.

Thank-you Malcolm for your thoughts and highlighing an important long term consideration for the pharmacy profession.

What pharmacy means to all stakeholders and how we communicate that is a critical, underpining aspect of our professions past, present and future. When you take the time to read the history of the profession it is clear that how the profession is percieved is a key determinant of it's success by contemporary measures. Key individuals over time have championed the profession and improved it's fortunes.

The symbols associated with pharmacy both in the UK and across the world are wide ranging and change over time. I am surprised to see that the RPS green cross, launched in 1984 by those who saw a need and were bold enough to take acton, is missing from the analysis. It is widely recognised and still holds strong associations with pharmacy according to my research between 2013 and 2015: http://thefaceofpharmacy.com/the-face-of-pharmacy---project.html It's decline in use is, in the UK, weakening it's value to the profession. Perhaps a reinvigoration is what is required, more easily achieved and more cost effective than the challenge of building new associations around a new identity rom scratch.

There are a huge number of challenges facing the profession, some of which are short term, some are medium term and some long term. If we are to secure a desirable future for the profession it is not a choice as to which we accept and address, we must address all of them.

Of all the things Pharmacy and pharmacists need right now, I cant think of anything less relevant. A new and better representative body? a better contract? the list is epic, but a new sign to go outside the door? tosh! change for change sake.

I think the point the author was trying to make, imho, is that pharmacy needs a re-brand/up-brand. This is usually seen as the need for a new logo/icon, but really a rebrand is about the core identity of pharmacy. What do we do, and what is our USP?

A "new and better representative body" and "a better contract" is part of this whole 'crisis' that pharmacy is facing, and a new/better logo, is only part, but it is a part, of the whole re-brand/up-brand that pharmacy as a whole is in desperate need of.

LMAO, my thoughts exactly. What a complete waste of time. I nearly fell off my chair reading this article. Just give us more funding, so I can pay staff properly, and then MAYBE i'll have enough money to refurbish the pharmacy to really improve the pharmacy image!!

This is an excellent idea. But I think though that the profession as a whole needs reinventing. As technology, deprescribing and social prescribing moves a head maybe the pharmacist will become less relevant? Id like to think we are moving towards a more holistic approach, holisticist? Knowing medicines and GP interventions are not the whole picture when trying to aid in the overall well being of the patient.

You sound like a politician. Not sure if that's good or bad.

Until we create a system that can dispense medicines efficiently without the need for a pharmacist present, there is no point in trying to forge ahead. This is EXACTLY what has been happening in the 10 years. People like yourself have been pushing an image of pharmacists out of the dispensary, adding more and more work onto us, losing more and more funding and forgetting the original role that we are supposed to do. PLEASE STOP.

"Until we create a system that can dispense medicines efficiently without the need for a pharmacist present..."

Such systems already exist in the form of automated dispensing. The only thing that is really holding us back on that front is bureaucracy and what appears to be fragrant desperation for traditionalism.

Hi Alex, "the original role we were supposed to do" is dying, much the same as when we were apothecaries, it is an inevitability of technology. If the NHS comes up with a better remuneration policy it will not be around dispensing volume but value-added services to patients. If we don't push the profession, the robots take over and your and my degree/experience will be worthless. My priority is not trying to add to your workload but preparing us all for a change in how the NHS will recognise our collective value in the future.

Wouldn't have been so bad if remuneration went up proportionally. More work for the pharmacist, more(all) of the money kept upstairs.

Ever noticed how GPs complain about workload but the complaints dissappear when more money is chucked their way.....

Benie, if you read up on the Five Year Forward Views and the actions taken around it, you will see there has been a lot of work in taking work away from GPs and promoting other healthcare professionals into a multidisciplinary approach. Examples include Nurses, PPs, ODPs, and Midwives to name a few.

In comparison to the Pharmacist, whenever this methodology is suggested it has been historically fought overwhelmingly negatively.

Not sure they're so bothered about the work taken away. More the money