Andrea James: "The reality is people on lower incomes will end up going without treatment"

NHS England is currently consulting on the prescribing of NHS medicines for patients with certain minor ailments, including haemorrhoids, headlice, cystitis, and aches and pains.

The commissioning body wants people to self-care, which it believes could save up to £569 million a year, which it could then spend on other things. A wave of negative feedback about whether these proposals are fair on people with low incomes or chronic conditions meant NHS England adapted its original proposals, by suggesting a range of exemptions which could allow some groups to still receive NHS treatment.

The exemptions – which include requiring patients to prove to their GP that ‘exceptional’ circumstances exist that warrant them receiving NHS treatment – are completely unworkable and show no understanding of the real world in which patients live and clinicians practice.

Another proposed exemption is that GPs would be able to prescribe NHS treatment if it falls outside of an OTC product licence – which would require GPs to have an understanding of product licensing and its limitations. This is totally impractical, as anyone who has counselled patients on OTC hydrocortisone will be aware of.

Andrea James: People on low incomes will go without 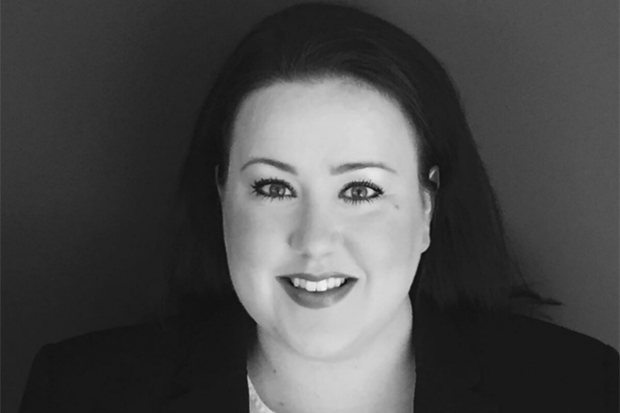 With my lay person/patient hat on, I cannot fault the basic premise of the consultation – that NHS England wants patients to purchase their own packets of paracetamol for the occasional headache, rather than attending their GP for a prescription at the NHS’s expense.

However, the list of over 30 medical conditions covered by the proposals extends far beyond a simple headache. And considering how many people in the UK are already relying on food banks just to eat – according to the Trussell Trust charity, 1.2 million people used their food banks in 2016-17 alone – I believe the reality of this plan is that people on lower incomes will end up going without treatment for hugely unpleasant conditions like migraine, cystitis and haemorrhoids, because they cannot afford to pay for the medicines needed.

In my professional capacity as a lawyer, I act for many pharmacists as well as GPs, so I know that general practice is currently in a state of crisis. The latest figures from the British Medical Association indicate that 47% of GPs have unfilled clinical posts in their practices.

But NHS England appears to have given no consideration whatsoever to the thousands of GP hours which will be wasted explaining the new prescribing restrictions to patients, and then assessing whether patients are ‘exceptional’ enough to still get a prescription.

The impact assessment published alongside the consultation also makes for disappointing reading. It suggests there has been no meaningful consideration of the government’s statutory duty to reduce health inequalities.

Regrettably, health and social care secretary Jeremy Hunt still seems to regard this duty as optional. This is particularly concerning in light of the ongoing Court of Appeal proceedings arising from his failure to properly understand this duty.

Mike Hewitson is owner of Beaminster Pharmacy in Dorset and a board member of the National Pharmacy Association. Andrea James is a partner at law firm Knights 1759, and specialises in representing healthcare professionals.

The consultation will close on March 14 .

The NHS system appears to be on the honour system. Instigate strict adherence to rules, for example, we know generic drugs are just as good as the brand. If a patient demands a £100 brand over a £5 generic, Just say no. But also explain why generics are safe, down to listing the excipients and explaining that QC is the same for generics. Do not ask people to not ask a GP for a prescription for paracetamol, just refuse the requests! Just say no. Obviously this is not a blanket statement to cover everything, but some OTC items are ridiculously cheap, and paracetamol / ibuprofen is not exactly life or death.

Regarding whether people can afford these medicines; most are cheap and in reality choices have to be made......but it should be noted it would be self limiting conditions that wouldn't be treated on the NHS......also a there are a lot of people (in the group referred to as being 'unable' to pay) who manage to purchase Vok trail gel; Ibuleve, Solpadeine and Nurofen Plus perfectly OK - not willing to accept any generic options/equivalents

I think the point has been missed; yes money can be saved, but the more important message not allowing these medcations on prescription is that they are used to treat self limiting conditions that will clear up regardless what you do to 'treat' them. These medicines just treat the symptoms. Maybe a blacklist of certain medicines is the answer rather than conditions?

Nothing is “free” as we all know. Those of us who’ve been in pharmacy for years have seen the NHS go from supporting a few to giving so much to many. There are just too many taking advantage of our healthcare system. We’ve all got so many examples of the patient wanting everything because it’s free. Our NHS is fantastic but it’s become a free-for-all and it has to stop. Anything that’s available OTC must not be prescribed. This is the sad state of affairs we’ve reached. We have to save money in any way possible. Lets be sensible for a change and stop making excuses.

The fundamental problem is that whenever anything is "free"to the user, some will always take advantage. If there is an option to prescribe due to "exceptional circumstances", GPs will take it, even if it doesn't actually apply. Not because they are being benevolent or caring, just that they don't want a patient complaint against them - the same applies to over-prescribing of antibiotics. To borrow the tag line from a well known confectionary - "Get some nuts!"

I believe Universal Prescription fees are the solution here. 80p an item is enough for the NHS to earn the same amount from prescriptions as it does now, based on HSCIC data - so making that up to £1 would earn the NHS more than it does currently. Add the benefit of reduced admin and associated costs, prepayments can be reduced in line with these to significantly lower price for patients.