A Well Pharmacy relief manager who went ‘above and beyond’ for his patients was one of 13 winners at the C+D Awards last night.

Haroon ‘Harry’ Mahmood (pictured below), relief manager at a Well branch in Darlaston, West Midlands was voted by C+D readers as the winner of the Above and Beyond award – a new category celebrating stories of pharmacists and pharmacy staff who go the extra mile for their patients and the sector. 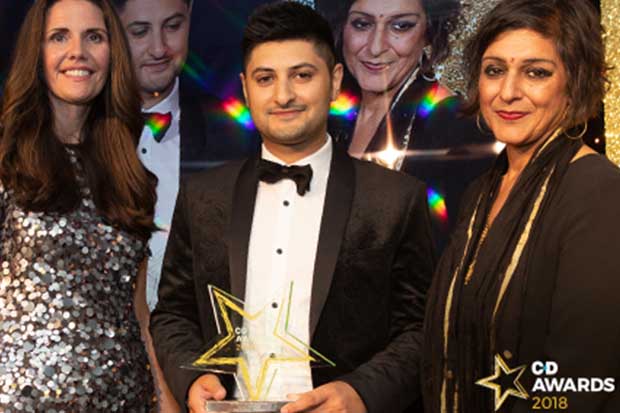 Mr Mahmood’s story of delivering aftercare – including bringing essential items such as milk and bread – to two elderly patients discharged from hospital, was named the winner by C+D readers in an online vote last month.

The winners were announced at the sold-out event at the Intercontinental Park Lane in London last night, hosted by comedian Meera Syal (pictured above, right).

The Community Pharmacist of the Year trophy went to Elizabeth Lawless of The Health Dispensary in Neath, Wales, who has a skillset the judges found “particularly impressive”, while John Low pharmacy in Consett was crowned Independent Pharmacy of the Year.

Abs Bashir of West Midlands Cooperative Chemists was named Manager of the Year, with Day Lewis’s Amir Adam highly commended by the judges. 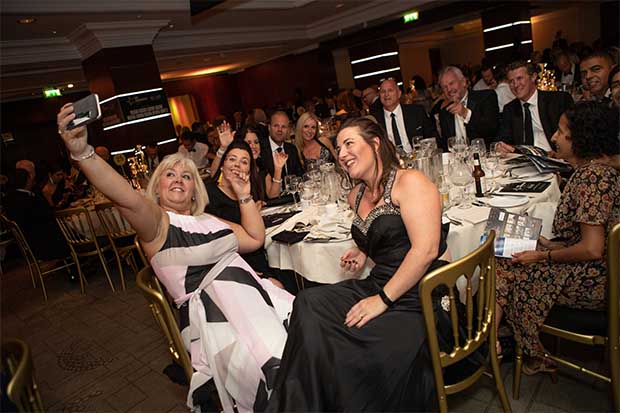 In his opening speech, C+D editor James Waldron said the awards are “a chance to step away from the headlines and take a look at the incredible work you and your teams do every day”.

“What all of these entries have in common is a willingness to adapt, innovate and – above all – an ability to inspire their colleagues and healthcare counterparts,” he told the guests.

C+D selected 28 judges, designed to reflect the breadth of community pharmacy, and the wider healthcare sector. Each individual was asked to judge between one and three categories, with a different combination of between two and four individuals judging each category.