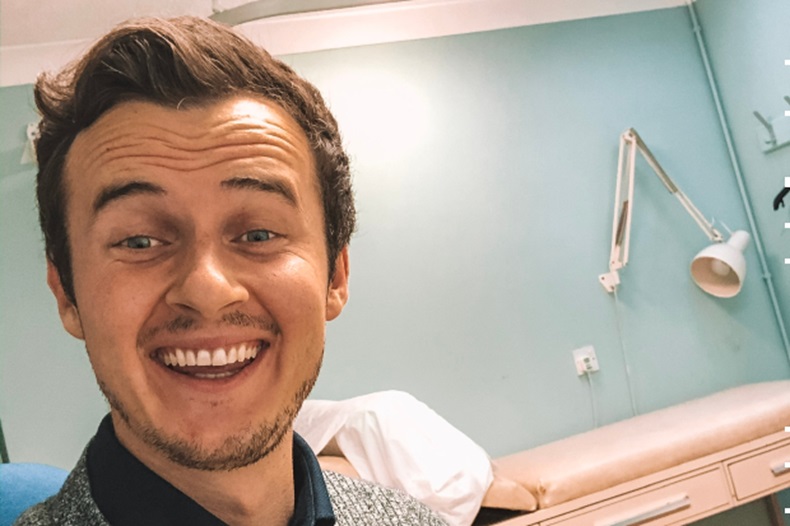 “We had three categories of GP surgery – hot, cold and frozen”

When lockdown began on March 23, my primary care network (PCN) in West Sussex decided, on government advice, to partially close all three of our GP practices in a staged approach. We had three categories of site – hot, cold and frozen.

The “hot” surgery was specifically and exclusively for patients with COVID-19 symptoms. Clinicians working at the hot sites had to wear full personal protective equipment (PPE) and the appointments were triaged based on severity. The “cold” site was for patients that had acute problems but no COVID-19 symptoms. We closed the third, biggest practice – the “frozen” site – where I, some of the GPs and the majority of the clinical staff went.

In terms of appointments with patients, my clinics that had previously been face-to-face medication reviews were replaced by telephone appointments. This was the same for GPs working at the frozen site. It prevented some of the patient-clinician relationships being established as well, but actually improved the speed and effectiveness of the questioning and the turnaround of appointments.

The main issue that I have noticed in practice is that much of my safety monitoring and PCN-orientated clinical projects have taken a back seat. The main barrier was that the government's shielding advice, particularly for patients on immunosuppressants, prevented them from being able to leave their houses for blood monitoring.

The advice meant that the majority of the patients on drugs such as anticoagulants, disease-modifying anti-rheumatic (DMARD) drugs and even more common drugs such as angiotensin-converting enzyme (ACE) inhibitors could not be monitored on their renal function and blood count unless instructed otherwise.

The patients on DMARDs were stratified in terms of risk. Discussions with consultants and their recent renal functions were also taken into account to extend the blood test intervals needed. This allowed me to continue to oversee monitoring across my PCN and to make clinical decisions on an individual basis on whether to refer a patient to their consultants.

A key issue we have faced in the current crisis has been unnecessary and unindicated medication ordering, and the pressure it put on pharmacy stock levels and medicine teams in my GP practices.

The most significant example was a spike in patients ordering inhalers. This led to a 30% increase in the inhalers we issued over two weeks. Patients with seasonal asthma who were not necessarily symptomatic were ordering their inhalers to have a supply of them should they develop symptoms. Patients who had not ordered their inhalers in over three years were also putting requests in for them.

This had a knock-on effect on the stock of inhaler brands such as Clenil and Soprobec and led to an increase in triaged query phone calls for both me and my team. When this was queried with the respective patients, it was apparent that they did not need inhalers as they were asymptomatic and had been for an extended period.

Overall, the virus has impacted my practice in reducing the face-to-face clinic time I have and altering the outlook on monitoring requirements associated with high-risk medications. Although it has perhaps increased the workload in most of our day-to-day processes, I feel my PCN has coped and adapted very well in this strange time.