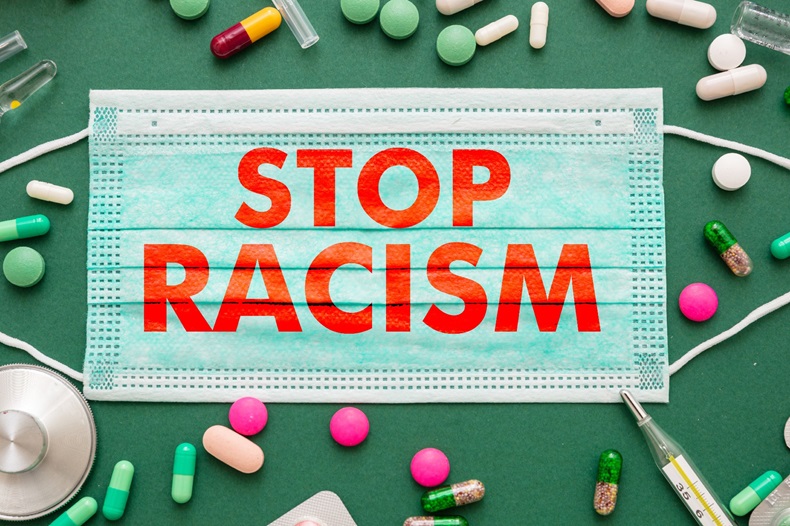 "It is high time that we shift the onus of spoken words to the person who utters them."

Racist microaggressions are often overlooked, despite occurring frequently. Just because they are small, we shouldn’t ignore them, says locum pharmacist Aisha

Racism in healthcare is inescapable and I have had my own personal experiences of it. Many of them are so painful that sometimes I live in fear of those experiences crossing my path again.

However, I don’t want anyone to live through the same experiences I did, and so I want to relive them here today so people are aware what racism can look like.

I started my career in UK as a dispenser. I was interviewed for one job by the pharmacist there and they were happy with my knowledge and skills, so I was offered the role. An additional requirement for that job was to be a polyglot. This made me ideal for the role, as I can speak five languages and can read and write in seven.

My then-area manager made me walk five miles on foot to go leafletting to promote the pharmacy’s services just because, with my language skills, I would be able to speak to people on the way. One of many tasks assigned to me was to hold a placard directing patients towards the pharmacy because the manager assumed I was bad at speaking English and this was the best I could do to direct patients to the pharmacy.

He used to prompt pharmacists right in front of me to ask me if I knew what Atorvastatin was. I was a qualified pharmacist from abroad, but not being registered in the UK at that time did not mean I had less knowledge.

I lasted there for six months because, gradually, the number of strange tasks assigned to me became worse. Fetching food for staff and covering up for the other people working there was also part of my job.

I quit. I did not talk to anyone about that experience because it was horrific – until today.

I moved on, having qualified as registered pharmacist in the UK, and among the many high-quality experiences, the following sad, painful racist incidents have also stayed with me.

Firstly, micro-aggressions like: “Oh, your English is really good”. I was deemed to be bad at communication and valued less just because of the way I look.

“Are you the pharmacist? Oh, I didn’t think so”. Again, low value assignment.

“I will slit your throat because you are not providing me with medicines”.

“Are you understanding me? Because you’re just looking at me as if you don’t understand me”. That was said to me when I was paying attention to a patient who was trying to explain their problem and I was practicing the “Golden Minute” rule to gather all the information from the patient I needed to help them.

“So, you fast and don’t eat or drink anything all day? That is really stupid”. Three different colleagues have used exact same word: stupid. Me practicing my faith does not harm anyone. Being called stupid for my faith is painful.

My colleagues once told a patient that I had just left for my break around 3pm and that I would be back in 40 minutes. The patient responded: “Well, get her out of her break. I am coming back in ten minutes to collect my medicines”. Breaks for me are a bad idea, apparently.

Constantly having my valued ideas rejected, being asked to be more verbal and crack jokes to keep people happy; even after I had qualified as a pharmacist in the UK, it being assumed that I was still the dispenser and my dispenser was the pharmacist.

All these examples of institutionalised, personalised and internalised racism are far less acknowledged than how often they actually happen. These shocking, traumatic and harrowing encounters highlight the reality that racism is far more prevalent than we are actually able to admit.

As painful as it has been for me to go through these incidents, I believe it is high time that we shift the onus of spoken words to the person who utters them, rather than letting the person on the receiving end have the onus of living with those words.

Aisha is a locum pharmacist, who does not wish to share her surname