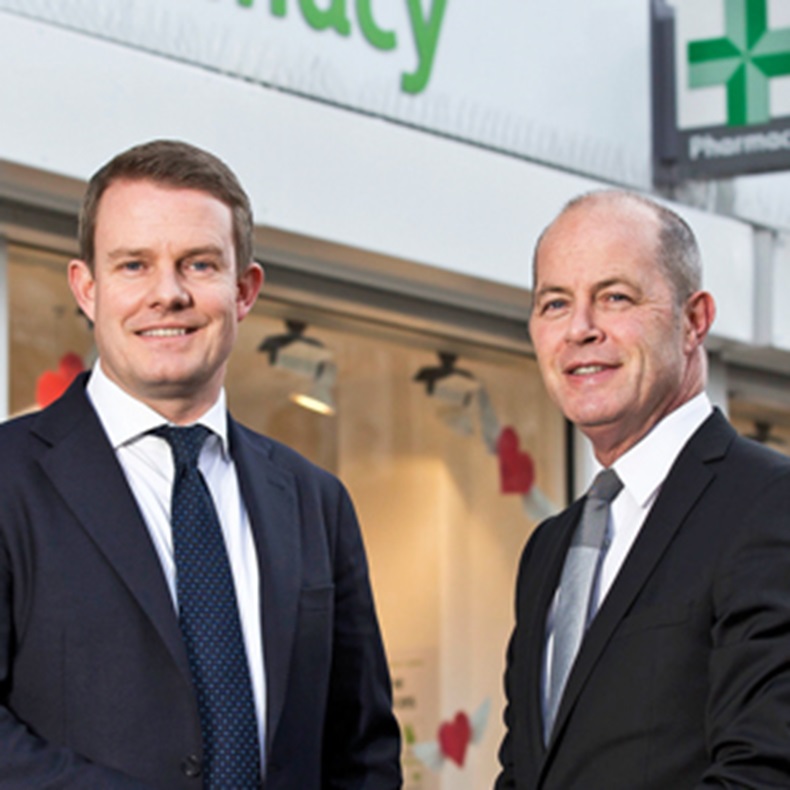 The past year has been a rollercoaster ride for Celesio. First came the staff shake-ups and mixed financial results. Then, just when you thought the turmoil was over, the Stuttgart-based parent of Lloydspharmacy and AAH Pharmaceuticals delivered a shock announcement in October that it would be sold to US wholesaling giant McKesson for a whopping £5.1 billion. Pharmacists barely had time to register the news when it was announced the deal had fallen through, before being rescued at the eleventh hour.

As the dust finally settles on the second transatlantic pharmacy deal of the century – the first being Boots' merger with Walgreens in 2012 – questions remain about the impact of the takeover on Lloydspharmacy. C+D sat down with Celesio chief marketing officer Stephan Borchert and UK managing director Cormac Tobin to find out what's been going behind the boardroom doors.

The Americans are coming

Mr Tobin is quick to reassure Lloydspharmacy employees that the McKesson deal won't affect the day-to-day running of their branches. The US company, which focuses on wholesaling to pharmacies and hospitals, is unlikely to start overhauling Lloydspharmacy's strategy, he says. "The beauty of this arrangement is it's two companies bringing together similar philosophies and values," Mr Tobin explains. "It isn't one company coming in to dominate the other."

This doesn't mean there won't be long-term repercussions from the deal. While the UK has traditionally enjoyed a pre-eminent position within Celesio's global strategy, serving as testing ground for many of its pharmacy pilots, Mr Borchert admits he can't be certain this will continue indefinitely.  "Frankly speaking, we haven't sat together and run [through] the detail," he says of his negotiations with McKesson.

But Mr Borchert doesn't appear unduly concerned that Britain will play second fiddle to the US. "The UK has always been quite dominant [and] I think we will try and strengthen this country even more," he explains. "I don't see any risk we will deviate from the direction the new management has taken us, or that it will have massive limitations on the UK business."

Jobs on the line?

The McKesson deal looks to bring to an end a period of financial instability for Celesio. In 2012, it revealed controversial plans to make 120 staff redundant at its UK head office, in an ambitious cost-cutting scheme to merge its back office functions. However, the company announced a 2.2 per cent fall in sales from its pharmacy business in November 2012, despite a solid performance in the UK.

Latest financial reports suggest the organisation is now on a more even keel. And Mr Tobin is confident the takeover won't lead to a further round of job losses. "Fortunately we've had a good Christmas," he says. "We'll continue to grow as an organisation."

Mr Borchert holds the same view. "There are hardly any costs we want to look at in terms of shutting head offices and all those things," he says. "We presented a strategy for Europe [to McKesson] and will significantly invest in the UK to further growth. I think that appealed to them."

Mr Borchert is more outspoken about the reasons behind the departures. "AAH had a reputation of being a very reliable, straightforward distribution [business]," he says. "But it was lacking a sense of innovation. Celesio is quite progressive in some areas and I felt that was lacking in the UK."

Looking back over a turbulent year, Mr Borchert doesn't regret these decisions "at all". "A transformation requires new characters," he explains. "We are quite honest with people [and we] let them know we couldn't continue with that type of leadership, we had to change it."

With its new leadership in place, Celesio is ready to face its greatest challenge yet: securing funding for pharmacy in the age of austerity. In its latest annual report, the pharmacy giant says tighter government budgets have hampered profit growth. And it doesn't expect things to get better any time soon.

"I don't see a golden answer from the European governments to tackle the mounting costs of healthcare," Mr Borchert says. "I fear the reactions by governments are very short-sighted in terms of cuts. We need to look at different revenue channels and innovations." These challenges are clearly behind Celesio's drive to generate more private income. The company has already touted its European Pharmacy Network (EPN) as one way of engaging new customers.

Launched in 2013 as a means to unite Celesio pharmacies across Europe under the Lloydspharmacy banner, independents will also be offered the chance to join the EPN franchise later this year. The concept may resemble Boots' Alphega network of independents, but Mr Tobin is convinced the EPN's focus on a limited number of health categories will maintain the brand's identity in a crowded marketplace. "I see us positioned as an authority on skin health and pain," he says.

Mr Tobin clearly sees an opportunity to create link sales in these categories. But he's dismissive of pharmacies that are more retail than clinical in their offering. "How many shampoos and deodorants do you actually need in a pharmacy?" he asks.

Despite the obvious confidence in the EPN model, Mr Borchert admits the project went through "ups and downs" when it launched last year, as patients took time to adjust to its streamlined focus on a few specific health categories. But he feels the concept is now "flying", with "huge demand" among independents to sign up to the franchise. The network now has more than 100 pilot pharmacies.

Another example of this focus on specific product categories is Celesio's use of its Better Life catalogue. Mr Tobin explains how certain branches have installed a ‘click and collect' station for the range of mobility aids, purchased by Lloydspharmacy in 2009. By targeting elderly patients who have been recently discharged from hospital, the company is now selling "more [mobility] scooters than we ever sold", he says.

Lloydspharmacy is also trialling a more revolutionary form of private income. In lieu of a long-awaited national minor ailments scheme, the brand soft-launched three pilot First Care Clinics in November. Located within Lloydspharmacy branches, the clinics offer treatment for minor injuries and ailments, including blisters, burns, eye infections and flu, for a fee of around £5 (see First Care Clinics, panel).

The clinics were the result of a need for pharmacy to "offer new things to be relevant", says Mr Tobin. "Our A&Es are in crisis because of the pressure on them [and] we need to deal with minor ailments in a more effective way. We're very excited because it's something nobody has done before."

Mr Tobin hints at the possibility of offering the service to local commissioners and the NHS, while Mr Borchert suggests the clinics could be rolled out across Europe if they prove successful here. "For the time being this is a UK-based project," Mr Borchert says. "But if it works and we feel the model could be released in other countries, then we will work to make it happen."

So changes are definitely on the horizon for Celesio. But, for the time being, its leaders seem confident the UK will retain its position at the head of its pharmacy empire.