Tags:
All Other Clinical Infection Dermatology 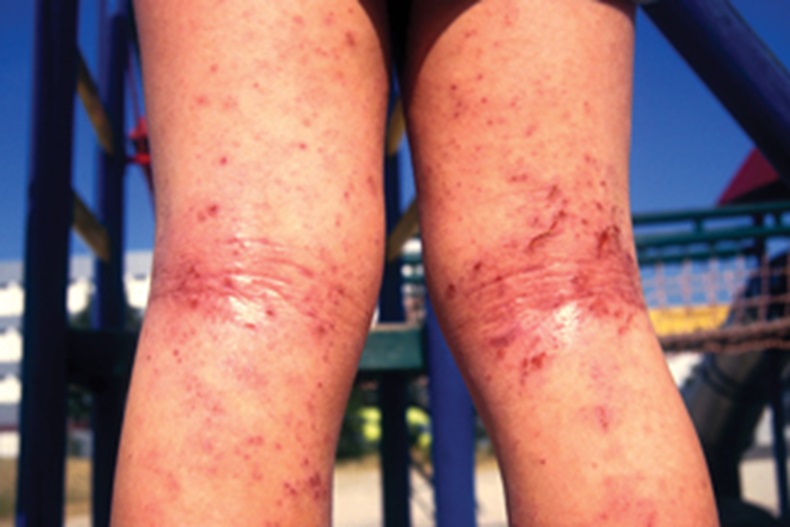 A woman comes in with a prescription for her daughter, who is suffering from infected eczema. But she's worried she's not using the emollients correctly. What can you advise?

Four-year-old Eloise Rudman is a regular visitor to the pharmacy as she has had eczema on and off since birth. She is brough in by mum Claire with a prescription following a visit to a hospital consultant. A recent flare-up of her eczema because of an underlying infection has led to a prescription for the following:

Claire tells pharmacist Linda that she is worried she has not been using the emollients correctly. "The consultant went on and on about how important they were to stopping Eloise getting flare-ups," she says: "It was only after we had left that I realised I didn't ask which I should put on first - the emollients or the steroids. I've often just put them on at pretty much the same time as otherwise we seem to spend so long doing her skin that she starts to play up."

Linda realises that she doesn't know the definitive answer. The BNF only states that "mixing topical preparations on the skin should be avoided where possible; several minutes should elapse between application of different preparations", so she decides to investigate further.

It seems there are no controlled studies that relate to combining emollients and steroids, and information for patients and healthcare professionals varies. Nice states there should be a short interval of a few minutes between application of steroid and emollient, but doesn't state which order is preferable. Other experts recommend a wait of up to 30 minutes, but recognise that this may be impractical. CKS recommends the emollient is applied first, with the topical corticosteroid used after a few minutes' wait.

The International Skin Care Nursing's Guidance for Best Practice in Emollient Therapy published in 2007 states the emollient should be allowed to absorb into the skin such that the skin is slightly moist (not wet) before applying the steroid - the rationale being that well-moistured skin may be steroid-sparing. These guidelines also state that applying the steroid first or the two products at the same time may lead to dilution of the steroid, thus reducing effectiveness. Some experts do recommend the steroid is applied first, and CKS states this is reasonable, provided the emollient isn't applied too quickly afterwards.

Which regimen would you recommend for Eloise?

Linda discusses her findings with Claire and they talk through a reasonable schedule for Eloise. Claire believes that in the past the steroids have stung, although she hasn't used this one before. She will use the shower gel in the morning, apply the Eumovate after the shower to damp skin that she has patted down and then use the Epaderm cream after nursery, after tea and before bed when possible. Linda reminds Claire not to rub the emollients in, but spread them on following the direction of hair growth.