Tags:
Smoking cessation All Other Clinical 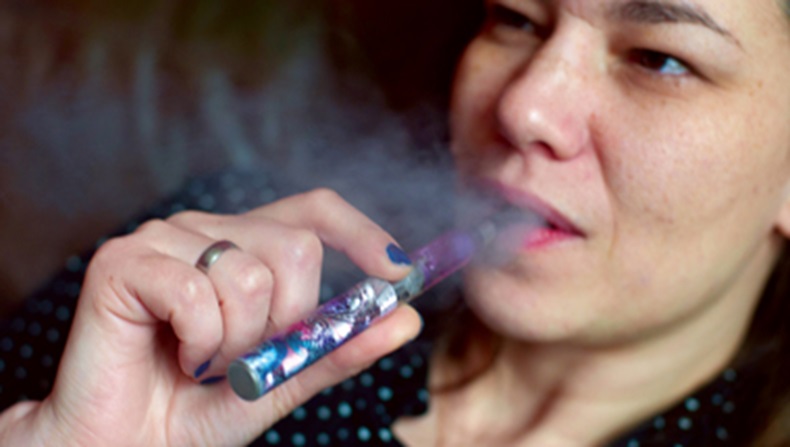 Is it time to change your mind about how patients should kick the habit?

Helping patients to stop smoking is advice that pharmacists have been giving day in, day out, for many years.

But more recently, the landscape has changed dramatically when it comes to smoking cessation treatments, forcing pharmacists to think again about the advice they offer.

It stands to reason that pharmacies are where people look for help on how to quit – they can be more accessible than GP services, especially for hard-to-reach populations. And some of the strongest backing for community pharmacy making a positive impact on public health comes from stop-smoking interventions.

A review of 13,500 smokers, conducted by the National Institute for Health Research (NIHR) and published in the journal BMJ Open in March, found that when behavioural support and/or nicotine replacement therapy (NRT) were delivered through community pharmacies, people were more than twice as likely to stop smoking as those who relied on brief advice from a GP. This proves that pharmacists have risen to meet this public health challenge.

But, with new studies shedding light on the safety and effectiveness of NRTs, as well as the rise of e-cigarettes, how should they adapt their advice to reflect these changes?

In 2015, one in five smokers who tried to quit smoking did so using NRT purchased from a shop or pharmacy. But in recent years, a newer treatment – Champix (varenicline) – has been added to pharmacy’s armoury.

However, Champix and another drug, Zyban (bupropion), have been dogged by persistent suggestions from studies that they may be linked with an increased risk of serious psychiatric problems.

The largest-ever clinical trial of its type, published in The Lancet in April, sought to address the lingering doubts. It compared Champix, Zyban and NRT to a placebo. The international study was designed to show any links between these treatments and psychiatric illnesses. It involved more than 8,000 people – half of whom had a history of a psychiatric disorder – and was requested by the US Food and Drug Administration (FDA) following concerns about the “neuropsychiatric adverse events” linked to these drugs.

The study’s authors found “no significant increase” in these adverse events for smokers without a psychiatric disorder taking any of the four treatment options. Interestingly, 21.8% of people on Champix stopped smoking for up to six months after starting treatment, compared with 16.2% on Zyban, 15.7% with nicotine patches, and 9.4% taking a placebo.

It is worth noting that in The Lancet study, around one in 10 people stopped smoking even though they had no active treatment. According to the Smoking Toolkit Study – a national review of smoking and smoking cessation – more than 40% of people who stopped smoking used no smoking cessation aid at all in 2015. Darush Attar, respiratory lead pharmacist for Barnet clinical commissioning group, is clear that this option is not to be encouraged.

“As pharmacists, we are the point of contact for smokers, many of whom often get stuck in a cycle of trying to quit, with no NHS support and not succeeding on other therapies,” says Mr Attar. “A lot of people try going ‘cold turkey’.This is not ideal because it causes nicotine withdrawal, which can lead to depression. People don’t understand that treatment helps reduce these symptoms.”

Mr Attar says The Lancet results should frame these treatments in a new light in the mind of the profession. “Pharmacists have a role to play in getting the message across that it’s harder to quit if you’re going it alone. This study gives us confidence to give that message. Pharmacists and support staff in the community are in ideal locations to offer evidence-based advice to help smokers make an informed decision.”

The rise of e-cigarettes

While pharmacists will welcome more clarity on the safety of treatments such as Champix, the emergence of e-cigarettes has provided an alternative to these conventional drugs.

In December, the Medicines and Healthcare products Regulatory Agency (MHRA) licensed an e-cigarette, e-Voke, for the first time. The decision prompted the Royal Pharmaceutical Society (RPS) – which had previously insisted that e-cigarettes should not be available in pharmacies – to change its position. President Ash Soni said at the time that a licensed e-cigarette would “simplify” pharmacists’ role by offering a “safe, clinically recognised option”.

E-cigarettes can appeal to those patients who will try and go it alone, and may offer a different type of support. Mr Attar suggests that part of their appeal may be that smokers can avoid the need for the well-meant advice that may inadvertently be hindering their efforts – either because they don’t want to let down a helpful pharmacist, or want to avoid being nagged by healthcare professionals.

Whatever the reason, e-cigarettes certainly appeal to a growing market, and their use has now eclipsed that of NRT in England. According to figures in the Smoking Toolkit Study, in 2015 more than half of all recent ex-smokers were using a non-tobacco nicotine product, with more than 40% of these being e-cigarette users. In comparison, less than 10% of recent ex-smokers were using NRT.

But despite e-cigarettes going mainstream – they were included in the 2015 Stoptober campaign and have been backed by MPs on the all-party pharmacy group – this is still an area where lots of pharmacists are unsure, Mr Attar says.

“Some pharmacists are still giving messages from two years ago. But times have changed and we can’t discourage e-cigarettes anymore. A lot [of pharmacists] are uncomfortable discussing them with patients, especially in stores that don’t sell them.

“Pharmacists need to keep up to date with the latest evidence and have proper training. It’s difficult when we’re talking about several hundred brands [of e-cigarettes], some of which are unlicensed, so we need stronger leadership on the evidence.

“There are so many different options for treatment, and as a profession we really need to upskill on counselling and behaviour change to make a difference to people’s lives,” Mr Attar says.

In the public interest

The RPS’s position is that “there is a potential role for quality-assured e–cigarettes as a short-term support to encourage tobacco smokers to reduce or quit their habit”. It also adds that the most appropriate place for e-cigarettes may be “either as a stepping stone to licensed NRT, or instead of [NRT], where other methods have failed”.

The Royal College of Physicians (RCP) says e-cigarettes present a “massive opportunity” for pharmacists and other healthcare professionals to create a “healthcare-led revolution”.

In April, the RCP produced a 200-page report on tobacco harm reduction. The report concluded that “the availability of e-cigarettes has been beneficial to UK public health”, and added the headline-grabbing statement that the “large-scale substitution of e-cigarettes… has the potential to prevent almost all the harm from smoking in society”.

It is in the interest of public health for e-cigarettes to not only be available, but actively “promoted… as widely as possible”, the RCP urged. This would be likely to “generate significant health gains in the UK”, the report added.

Professor John Britton, who chaired the RCP’s tobacco advisory group, says that with “sensible regulation”, pharmacists could assure smokers that e-cigarettes can “help them quit all tobacco use forever”. These are bold claims, but Mr Attar is in broad agreement. “The evidence for e-cigarettes is positive,” he says. “People using them are often still smoking, but trying to quit. That gives pharmacists an opportunity to recruit a lot of people – if we show that we’re e-cigarette friendly.

“If we can help them get to the next level, by increasing our armoury, this can give smokers the best possible chance of quitting,” he adds.

Community pharmacy is the place where many people take their first step towards stopping smoking. By arming themselves with the latest evidence, pharmacists can be ready to continue to support these patients to the best of their ability.

What’s the latest on e-cigarettes?

Since e-cigarettes became available in the UK in 2007, their use has been surrounded by medical and public controversy. In April, a Royal College of Physicians report concluded:

Not a gateway to smoking – In the UK, the use of e-cigarettes is limited almost entirely to those who are already using, or have used, tobacco. There is no evidence of significant progression into smoking among young people.

Quitting smoking – Among smokers, e-cigarette use is likely to lead to quit attempts that would not otherwise have happened.

Small risk of harm – the possibility of harm from long-term e-cigarette use cannot be dismissed, but the risk is likely to be very small, and substantially smaller than that arising from tobacco smoking.

Which smoking cessation products do you recommend?