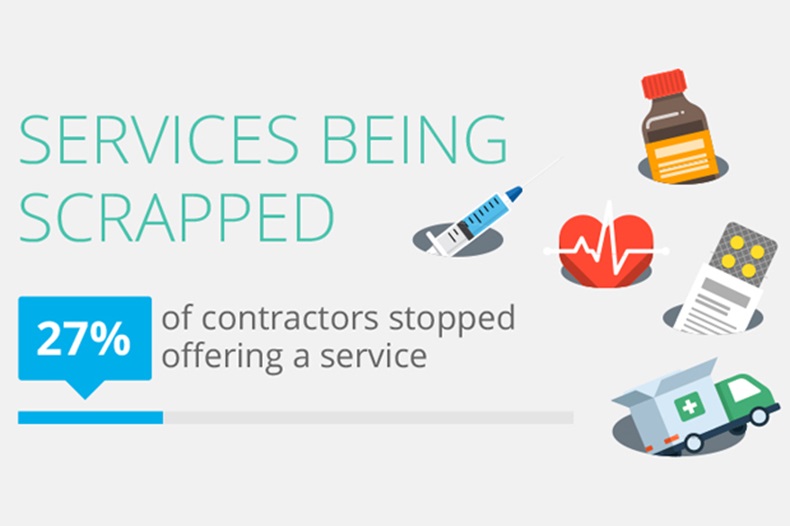 What did the C+D Salary Survey 2017 reveal about the financial impact of funding cuts on England's community pharmacy owners?

The C+D Salary Survey 2017 – which ran throughout October – revealed that 79% of contractors in England experienced a drop in their income in the previous 12 months, which spanned the Department of Health's imposition of a 12% cut to the country's community pharmacy budget.

But how are pharmacy owners in England trying to cope with the biggest financial challenge in recent memory? Below are a selection of key findings from C+D's survey:

C+D Salary Survey 2017
HOW PHARMACY CUTS HAVE AFFECTED CONTRACTORS
What impact have the funding cuts had on pharmacy owners?

The C+D Salary Survey 2017 – which ran throughout October – was completed by a total of 1,754 pharmacists and pharmacy staff. C+D's ongoing coverage from the survey can be found here.