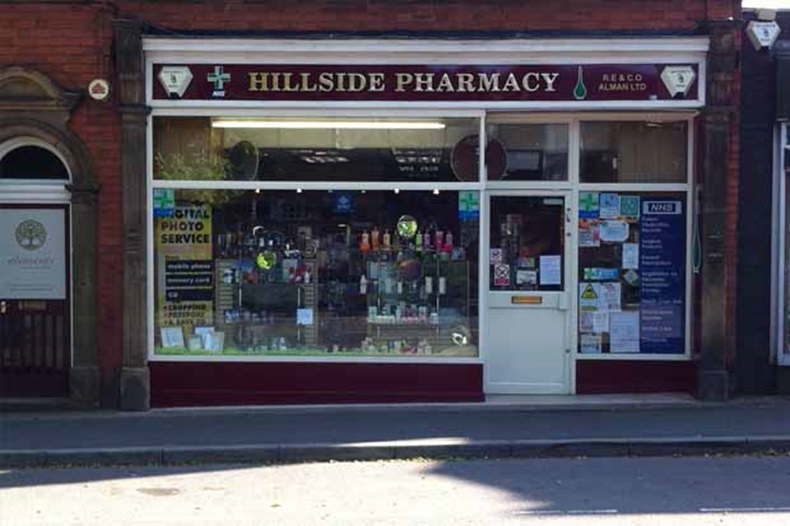 The COVID-19 pandemic has brought significant pressures to community pharmacy, with patients rushing to stock up on over-the-counter medicines and the demand for home deliveries shooting through the roof.

Robert Alman, owner of two-pharmacy group RE & CO Alman Ltd in Shropshire, says handling the fallout from the virus has been “horrendous”. He pauses to reflect with C+D a few days before the Easter weekend, when pharmacies in England were required to open for three hours on two days.

There were days when his staff would leave the pharmacy at 9pm, three hours late, feeling “almost shellshocked”, he says. Although demand has been steadying, March brought a 25% increase in workload. Mr Alman had to handle the surge with fewer staff than usual as many key members were self-isolating and no COVID-19 tests were yet available.

“There have been days where we have been on the bare bones [of staffing], we would not want to operate at those levels,” he says. “But with the staff willing to go that extra yard, we’ve got through it.”

Mr Alman’s pharmacies have taken on some temporary staff, but it’s difficult to train them up on the job and their capability is limited. “Staff have to have working knowledge of the medicines they are selling, the processes within the pharmacy and how prescriptions are handled.”

“You can’t just bring people off the street and put them on the counter – it’s not a newsagent’s selling Jelly Babies,” he says.

Three pharmacists work between Mr Alman’s two branches of Hillside Pharmacy in Church Stretton and Wenlock Pharmacy in Much Wenlock, which are a 20-minute drive apart. One of Mr Alman’s main fears is one pharmacist “going down” with the virus.

The three pharmacists never work together to reduce the chances of two falling sick at the same time. “Very often we’ve been in the position where having two pharmacists working at the same place would have made life much easier, but we daren’t do it.

“If we lost a few more staff we’d be operating on the bare bones – then we’re seriously looking at the business continuity plan, that’s closure.”

The General Pharmaceutical Council has said that during the pandemic the responsible pharmacist could work remotely in some situations during an emergency.

"God forbid" it comes to that, says Mr Alman, but he is considering it as a last resort. "We have discussed this with the staff and are trying to put a protocol in place."

He says that the option could be useful to “at least get prescriptions that have been dispensed out to people”. But the pharmacy would need to have two members of staff working to a plan for how to serve medicines and keep stringent dispensing records, he says.

Mr Alman is also managing the “sheer worry” of trying to protect his staff. He has spent hours trying to track down personal protective equipment (PPE), but says the NHS websites distributing PPE do not make it easy for community pharmacy to access the equipment.

“We’ve had to trawl the internet to obtain the basic protection of masks, gloves and aprons. We’ve managed it, but I’ve spent more than £600.

“The screens we installed cost hundreds and hundreds of pounds. We were lucky I know a shop-fitter who did me a favour getting them in very quickly.”

The government has said that £300 million of “advance funding” will be made available to community pharmacy in England to try to alleviate some of the financial pressure. But as Mr Alman gathers his wholesale invoices together he’s not sure how much this advanced payment, “a loan in effect”, will help towards paying the bills at the end of the month.

“Until we see advanced notification of payments at the end of this month, we won’t know whether we can pay our bills,” he says. “We’re going to be lucky to break even on last month, we don’t know how the numbers are going to fall yet.”

As he looks ahead to the coming weeks, Mr Alman says he is moving from what felt like a “never-ending sprint” in March to a marathon. “I’ve spent an inordinate amount of time running through various scenarios, trying to cover as many eventualities as we can, because it is all unknown territory.

“I’ve been at this 40 years now and I’ve never seen anything like it.”

Yogesh Kumar Patel, the vice-chair of Shropshire local pharmaceutical committee (LPC) says that many pharmacies in Mr Alman’s region are struggling with a “cashflow crisis we’re heading towards” although they have not yet seen any closures.

“There are pharmacies at breaking point. In many areas, pharmacy is in crisis, but we're managing,” he says.

“We’ve had this extra £300m boost but that’s going to be clawed back. That was just to help manage the initial extra costs.”

Areas where pharmacy needs help from the government include cashflow, PPE, screens and medicine shortages, Mr Patel says. He believes the prescription charge should be relaxed so pharmacists don’t have to spend time “policing” it. C+D launched a campaign last month for the fee to be dropped in England during COVID-19.

Although it’s been a taxing time for community pharmacy, Mr Patel stresses that the sector has proved its worth. “The network remains resilient. That is a credit to all of the pharmacy teams up and down the country who have stepped up.”