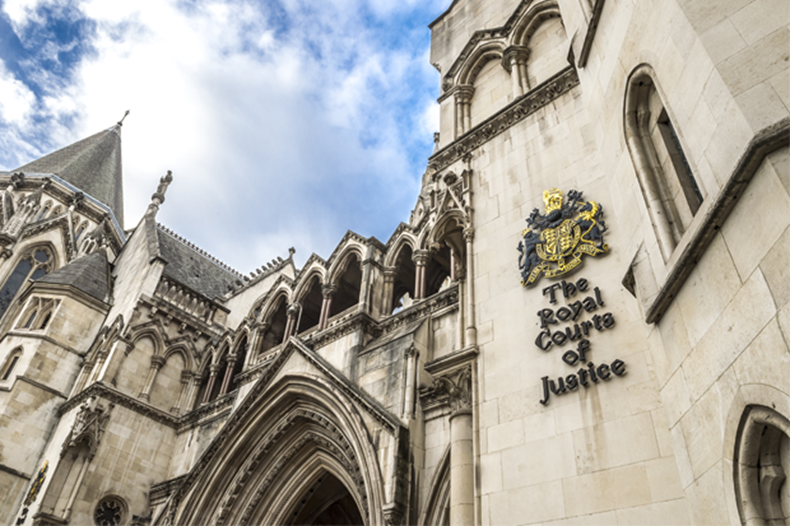 The judgment was handed down at 10.30am today

The NPA's and PSNC's appeals against the funding cuts have been dismissed by three High Court judges this morning (August 23).

The three judges upheld last year’s High Court judgment that the funding cuts and consultation were not unlawful.

While all grounds for appeal were dismissed, the judgment echoed that of Justice Collins’ statement last year, that aspects of the government’s decision-making process were “regrettable”, the National Pharmacy Association (NPA) said.

According to the Pharmaceutical Services Negotiating Committee (PSNC), in dismissing the appeals the judges said “there is no principle of law” which would render the funding changes unlawful, “even if a reduction in the numbers [of community pharmacies] was expected”.

Responding to PSNC's concern about the DH's reliance on an assumed 15% operating margin for community pharmacies, the judges agreed that “it was regrettable that the process was not more open”, PSNC added.

But they found that “since no such margin was treated as a critical point in the decision, the point could not render the process unfair”.

PSNC CEO Simon Dukes told contractors: “I know that you will be disappointed by today’s news about our legal action.”

The negotiator will continue to work collaboratively with the government and NHS England on pharmacy’s behalf, he added.

The NPA said it is “naturally disappointed” at the judgment, but chair Nitin Sodha urged all parties to “seize the moment to engage in dialogue”.

“We are eager to move to a new chapter in which there are urgent discussions about fulfilling community pharmacy’s potential to improve the nation’s health,” he stressed.

Looking to the future

Commenting on the judgment, Malcolm Harrison, chief executive of the Company Chemists’ Association (CCA), said: “The impact of pharmacy funding cuts has already been significant and is likely to continue to affect all parts of the sector in the months and years ahead.

“Although the outcome of the judicial review today is disappointing, we should now be looking to the future. We look forward to working with our partners within the pharmacy sector and government to enable community pharmacy to reach its full potential and continue to deliver the best possible care for patients, the public and the NHS.”

Commenting on today's judgment, the DH said: “We welcome the Court of Appeal’s decision to uphold the government’s position on this case.

“The [DH] remains committed to working collaboratively with the sector to determine arrangements for community pharmacy in the future.”

Read the judgment in full here.

Live from the court

In court now. “The appeals of both counts are dismissed” #cutsincourt

The hand out should be coming soon with full determination, one was not offered in court. Look at our Facebook page now for live video report

I'd expect independent pharmacists to think about selling up and large chains to streamline their operations even more now. @DHSCgovuk might feel empowered to impose even greater cuts.

I feel like I've been punched in the stomach.

Time to move on and try to rebuild relationships. https://t.co/6oJWcfaHsP

BREAKING: the #CutsInCourt appeals by both @PSNCNews and @NPA1921 have been dismissed. Not unexpected, but none the less deflating for a sector now showing the wounds of these brutal cuts https://t.co/wNfgnXYbmh

That said, having taken the decision to JR and to appeal twice I think it was the right thing to do.

For me part of this rationale was to flush flawed decision making processes into the open.

Let’s not forget what we found out. Dodgy industry insider. Secret impact assessment. Letters to PM.

Very disappointing. It's hard to win these cases but not impossible - High Court recently quashed a reduction in defence lawyers fees in criminal cases after a flawed consultation. @DHSCgovuk approach to #Pharmacy #CutsInCourt was disturbing, not least the "industry insider".

Certainly felt like that when the first judgment was given. I think @PSNCNews's subdued attitude to the appeal suggested expectations were lower this time around https://t.co/qOpAU05WOh

This is ridiculously bad news! Any other profession and there would be uproar??

Many things are legally permissible - but may not be morally appropriate, or in the best interest of ensuring a continued needs based service

1/2 The Judgment, as with High Court, describes DH's conduct as "regrettable".On a personal level, it's disappointing to see an outcome of (I paraphrase here) "your decision making process was woeful but not quite poor enough to be unlawful".However, much useful information was

2/2 unearthed via this process, s.1C duty clarified, further cuts originally intimated did not proceed. NPA now in a better position to move forward with constructive dialogue and @MattHancock has pledged to invest in community pharmacy.

How did we get here? The journey back to the courts

December 1, 2016: PSNC launches a legal challenge to the pharmacy cuts, the day the 12% drop in the sector’s funding in England comes into force. The negotiator believes the DH “failed to carry out a lawful consultation” on its proposals for the sector.

December 13, 2016: The NPA confirms its own formal launch of High Court proceedings, on the grounds that the DH failed to consider the impact the funding cut will have on the elderly, the disabled and those from black and ethnic minority communities.

March 21-23, 2017: PSNC and NPA outline their cases to Judge Justice Collins at the Royal Courts of Justice.

Documents that come to light during the hearing reveal that senior DH officials based their decision to cut community pharmacy funding on a meeting with an unknown sector insider.

It also transpires that it took letters from both health secretary Jeremy Hunt and chancellor Philip Hammond to convince a reluctant Prime Minister Theresa May that the funding cuts were necessary to control the “over-subsidised” and “inefficient” sector.

May 18, 2017: Judge Justice Collins dismisses "with regret" both the NPA's and PSNC's cases, but criticises the DH for its “significant” lack of disclosure of the materials it used to make its funding cut proposals.

June 23, 2017: PSNC and NPA are given permission to appeal the High Court decision.

Lord Justice Hickinbottom criticises the DH’s “clearly very weak” analysis of the profitability of pharmacies, used to justify the funding cuts, and questions whether Mr Hunt had enough information to “rationally” decide whether to cut funding for pharmacies in England.

What do you make of the judgment?

Is the dismissal of the funding cuts appeal a defeat for pharmacy?