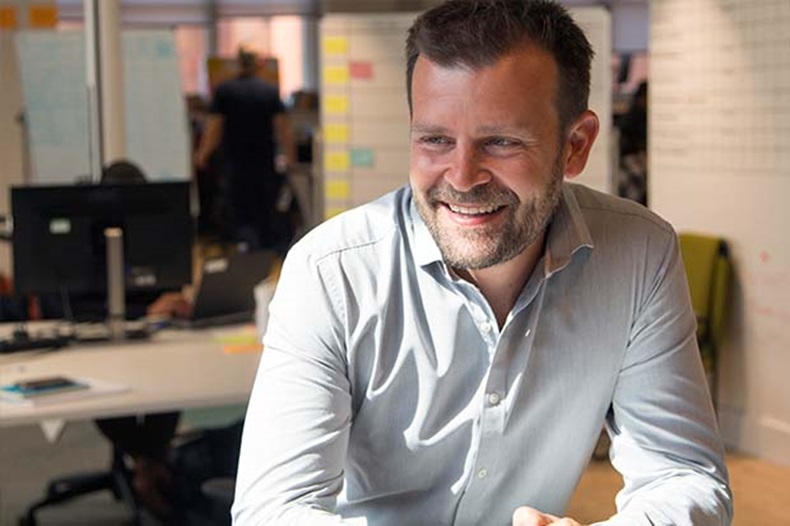 Tim Davies: The new Co-op healthcare platform could include a click-and-collect service

The role of bricks-and-mortar pharmacies is “overplayed”, the Co-operative Group has said, as it prepares to re-enter the market with a digital “healthcare platform”.

The acquisition is “the very beginning” of the group’s latest “journey with pharmacy”, director of the Co-operative Group's ventures programme Tim Davies told C+D on Monday (September 17), as the company also plans to offer e-consultations and possibly a “click-and-collect” medicines service across its 8,000 sites in England (see below).

The Co-operative Group has been absent from the pharmacy market for almost four years, having sold its 780 pharmacies to Well’s parent company, Bestway, for £620 million in October 2014.

The Co-operative Group has been granted a pharmacy licence to operate a “fulfilment centre” from a warehouse in Lea Green, Merseyside. Over the next six months it will recruit pharmacists, pharmacy technicians and accuracy checking technicians to help manage the Dimec repeat prescription system and develop concepts for a “Co-op healthcare platform”, which the group aims to launch in March 2019.

The Dimec repeat prescription ordering app is integrated with two of the UK’s four GP systems, which means patients can download their medical record onto their phone and track their order, Mr Davies explained.

“We’re starting with an online pharmacy because we understand it, we know that our customers like it, and that would give us some credibility back in the healthcare market.

“But our vision is much more ambitious than that,” Mr Davies stressed. The company’s “concepts” include e-consultations with Co-operative Group pharmacists, and a click-and-collect service via the group’s supermarkets, Costcutter stores and recently acquired Nisa branches, he said.

“If we can offer a proposition which is attractive to those Nisa and Costcutter franchisees, then we potentially have access to 8,000 sites across the country where we can offer a physical, as well as a digital, experience,” Mr Davies said.

“You can only hold back the floodgates for so long”

The Co-operative Group's digital service will still “fulfil contractual obligations”, such as delivering medicines use reviews and new medicine service consultations – “either through e-consultations or [by] telephone”, Mr Davies said.

“Fundamentally, pharmacy in 2018 hasn’t really changed very much since I qualified in 1996,” Mr Davies said. “We haven’t changed as fast and as rapidly as other sectors or industries and you can only hold back the floodgates for so long.”

“The little old lady coming in [to a pharmacy] for a chat doesn’t really work like that, as the pharmacist is too busy dispensing prescriptions,” he said.

“I believe that pharmacists have a role to play in advice and counselling, and supporting the wider NHS, and the best place to do that is not handing out millions of boxes of medicines,” Mr Davies added.

“A symbol of our modernisation”

Mr Davies – a pharmacist and former chief operating officer at Well, who oversaw the sale of the Co-operative’s pharmacies – said as well as facing some financial challenges in 2013-14, it had been “the right time” to sell the company’s pharmacies four years ago, as the market was “at its peak” and the organisation had needed to “sell assets off”.

Explaining the group’s decision to re-enter the market now, he said: “It is a symbol of the modernisation of the Co-op. We are exiting legacy and capital-heavy businesses – not specifically pharmacy, but across the board.”

“I’m not saying it is the end of bricks-and-mortar pharmacies – there is room for both,” added Mr Davies, who also described the central role of physical pharmacy premises as “overplayed”.

Does your pharmacy offer any online services?