A Boots branch in Amesbury has been declared safe following an investigation into the Novichok poisoning, the multiple has confirmed. 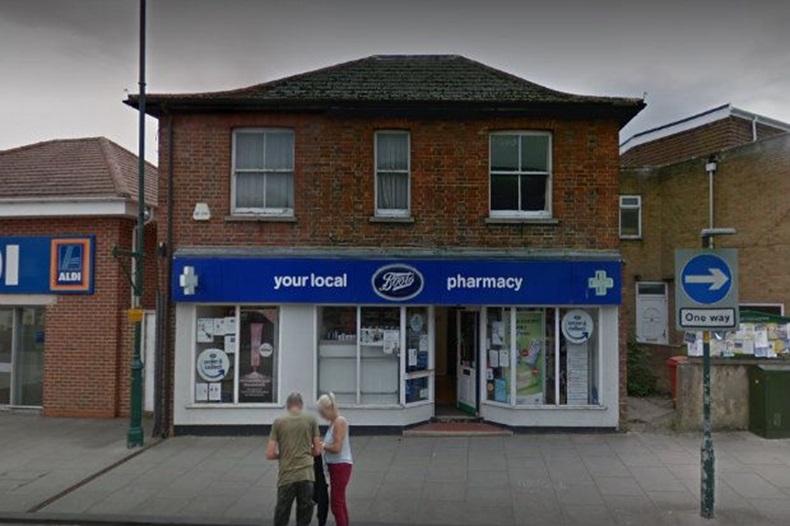 Patients are being directed to the Boots branch on Salisbury Street until the affected pharmacy reopens (Credit: © 2018 Google, image capture: June 2017)

The pharmacy on Stonehenge Walk in Amesbury, near Salisbury, closed on July 6 after two people – Charlie Rowley and his partner Dawn Sturgess – were exposed to the nerve agent Novichok in the area on June 30.

According to the Metropolitan Police, Mr Rowley visited the branch at “around midday”, before returning to his home “around half an hour later”. Later that day both Mr Rowley and Ms Sturgess were taken to hospital. Ms Sturgess died on July 8.

While the Stonehenge Walk branch is closed, patients are being directed to another Boots pharmacy within walking distance, which “introduced new pharmacists and dispensing teams”, extended its opening hours and opened on Sundays for the first time, the multiple said.

After three months, a spokesperson for the Department of Environment, Food and Rural Affairs (Defra) confirmed last week (October 12) that government scientists are now “fully satisfied the store is safe to return to public use”.

“Thorough clean-up work by specialist military teams has been successfully completed at Boots in Amesbury and Defra has now handed the site back to Wiltshire Council,” the spokesperson added.

Boots: “We appreciate all the support”

Sian Wilton, head of customer experience for central region at Boots UK, said it had been a “real team effort” to ensure patients had continued access to prescription medicines and could speak to a pharmacist when they needed to.

“We really appreciate all of the support we’ve had from the local community and for the work that Defra have done to make sure that the store is safe,” she added.

Has your pharmacy ever had to close unexpectedly?