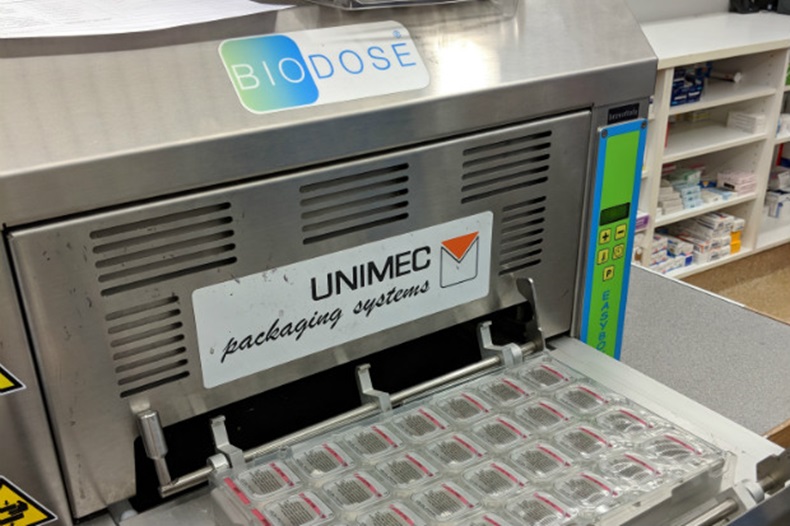 Contractor Sandeep Khosla said £25,000 worth of his Biodose heat sealers could become redundant

Pharmacies using Biodose monitored dosage systems (MDS) have until November 30 to find an alternative supplier after its parent company Protomed announced it was closing.

Biodose manufacturer Protomed announced last month (October 23) that “after careful consideration”, it would close the business on November 30.

The company is therefore “providing pharmacies and care homes with approximately six weeks to transition patients onto an alternative compliance or original pack system”.

Protomed explored alternative options, including a sale, but no “credible offer” was made, and a lack of “meaningful profit” forced the company to close, a spokesperson for the company told C+D.

Sandeep Khosla, director of pharmacy at the Medipharmacy chain – whose 20 pharmacies provide over 80 nursing homes with Biodose MDS trays – said he may need to buy new tray moulds for his MDS dispensing robot. He will also need to purchase new heat sealers to seal the trays if the new moulds are not compatible.

The five Biodose sealers he currently owns – which cost around £5,000 each – “would potentially become redundant”, he added.

In a further announcement posted on October 30, Protomed gave details of alternative systems pharmacies could use.

“The NaviMed system is compatible with Biodose seals, which means customers can continue to use their existing Biodose stocks,” Protomed said.

“Unusually large” orders will not be taken, so that all pharmacies will have “fair access to stock” before Protomed’s closure, it said. “We are also exploring the possibility of entering into an agreement to make Biodose consumables (trays, pods, and seals) available beyond the closure date”, it added.

Protomed said it is also “continuing to explore ways to support customers in transferring their patient data onto an alternative system”.

It is “working closely with compliance specialists NaviMed to give customers the option of bulk-uploading their returned data into the NaviMed online system”, Protomed said.

During the closure period, the Biodose software system will be free for customers to use, and those who have paid in advance for system access will receive a “pro-rata refund”. Pharmacists will still be able to access the current Biodose online system until December 14, Protomed told C+D.

Does your pharmacy use Biodose monitored dosage systems?