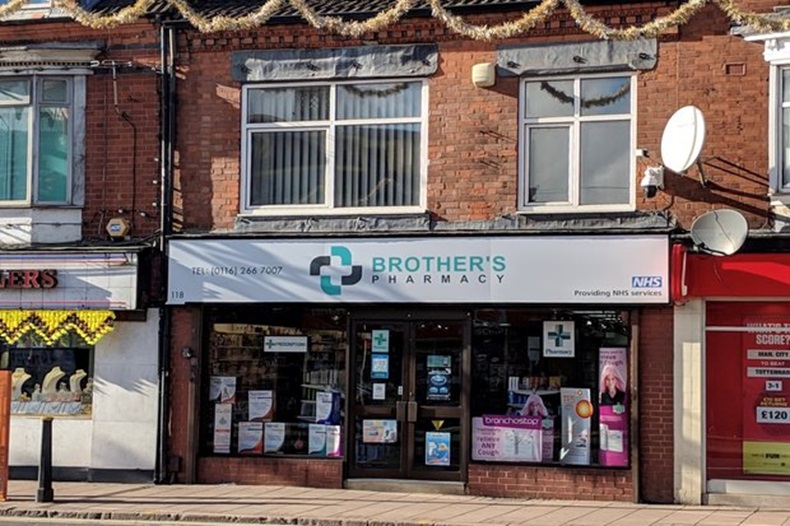 Three brothers plan to build up to five consultation rooms in their newly acquired pharmacy so they can offer services ranging from psychiatry sessions to a cosmetic clinic.

Anup, Rahul and Jatin Patel bought the pharmacy on Belgrave Road, Leicester last month – since rebranded as Brother’s Pharmacy – for an undisclosed sum with the aim of creating “more of a holistic centre” that prioritises private services over dispensing.

The trio plan to “drastically change the space” within the next six months by building five extra consultation rooms – in addition to the existing one – manager and pharmacist Rahul Patel told C+D this week (November 26).

One of the reasons behind the purchase was the pharmacy dispenses 3,665 items each month on average, he said.

“The footfall wasn’t overly busy, which allows me to focus more on patient care,” said Rahul. If they had bought a pharmacy dispensing 10,000 items a month, he would “be too busy checking [medicines] to provide a good service,” Mr Patel explained.

“I want to try and build on services, rather than just look at the old model of pharmacy, where it was mainly dispensing.”

The three brothers are looking into setting up a cosmetic clinic that offers botox and dermal fillers, alongside a travel clinic, a skin clinic and a yellow fever centre, Mr Patel said.

It may also have an ear wax removal service, and sessions with chiropodists and psychiatrists, he added.

He sees “a lot of scope” in the future of community pharmacy, partly because there are a “lot more people going to pharmacists rather than doctors”.

Mr Patel said the brothers would like to buy two more pharmacies in Leicester, as if they can “get the foundations right” with the first acquisition they “can build on that and create the same model elsewhere”. Anup Patel is also a qualified pharmacist, who has worked as a locum and a relief manager for other pharmacies.

They own two other retail businesses within 200 yards of Brother’s Pharmacy – a cash and carry shop and an imitation jewellery store.

Tony Evans at Christie & Co – which arranged the sale – said there had been “significant interest” from other potential buyers, “underpinning the fact that strong appetite remains” for pharmacy sales in the East Midlands.

Have you bought a pharmacy this year?

Is buying a pharmacy still a good investment?

Independent buys pharmacy for 'few million' in push for 50 stores