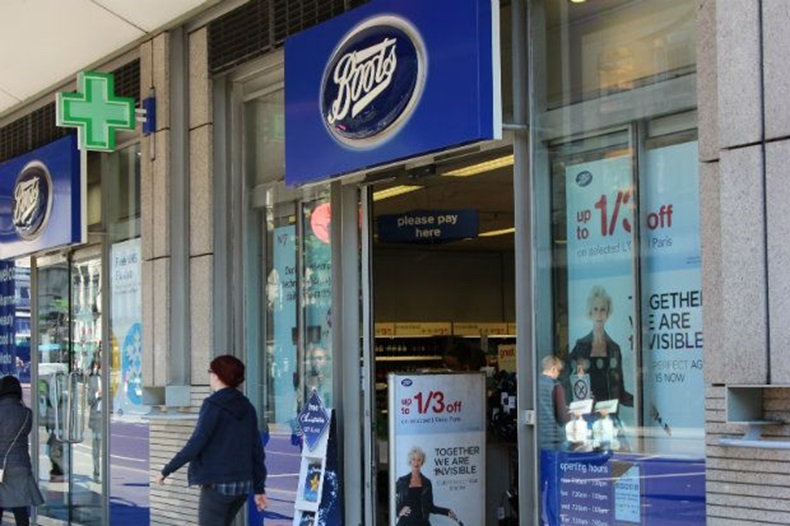 Boots' parent company has announced plans to “improve operational performance” in the UK, as part of a $1 billion global cost-saving programme.

Walgreens Boots Alliance announced plans for a three-year programme – which will aim to save $1bn annually by the end of its third year – alongside its latest financial results, which also showed a 35% year-on-year drop in Boots UK’s adjusted operating income.

When asked by C+D whether the programme would result in pharmacy closures or staff redundancies in the UK, the parent company said it could not comment further on the announcement.

It has begun a 16-week “assessment phase” to review the company’s costs, with a focus on US and UK markets, as part of a three-year global programme to “simplify our operations and reduce the cost of running the business”, it said last month.

“At the end of that 16 weeks, we will have enormous transparency and granularity. We will know who spends on what, down to the lowest level,” the company's global chief financial officer James Kehoe said during a conference call with analysts to discuss the financial results.

The company will start to roll out the savings programme “immediately” after the 16-week assessment, Mr Kehoe said.

“Need to modernise our customer preposition”

Co-chief operating officer and president of Walgreens Boots Alliance Alex Gourlay said that, while Boots is “strongly positioned in the UK”, it “recognised the need to modernise our customer proposition”.

Boots has “started work on this already”, by “looking to shift where we invest”, focusing on new products and propositions, and “digitalising the whole beauty experience”, Mr Gourlay said.

“All that we are doing fits into an overall plan in developing our offering and the structure to offer materially enhanced, focused and over, time, more personalised and bespoke services to each and every one of our customers,” he added.

Stefano Pessina, Walgreens Boots Alliance executive chairman and chief executive officer, said: “A key part of preparing for the future is establishing the right cost based structure and infrastructure for the business as we look to the future in an increasingly automated and digitised world.”

“We believe the transformation programme…has the capacity to counter the trading pressure we are facing in a number of our markets,” he added.

In 2016, Boots cut 700 jobs in the UK, including head office and finance staff. No store-based pharmacists were affected by the redundancies.

A C+D investigation last year also revealed the multiple closed 22 branches in England since the funding cuts came into force, although it insisted this was “usual practice”.

What do you make of Walgreens Boots Alliance's cost-saving programme?

Lloydspharmacy blames income fall on drop in funding and prescriptions