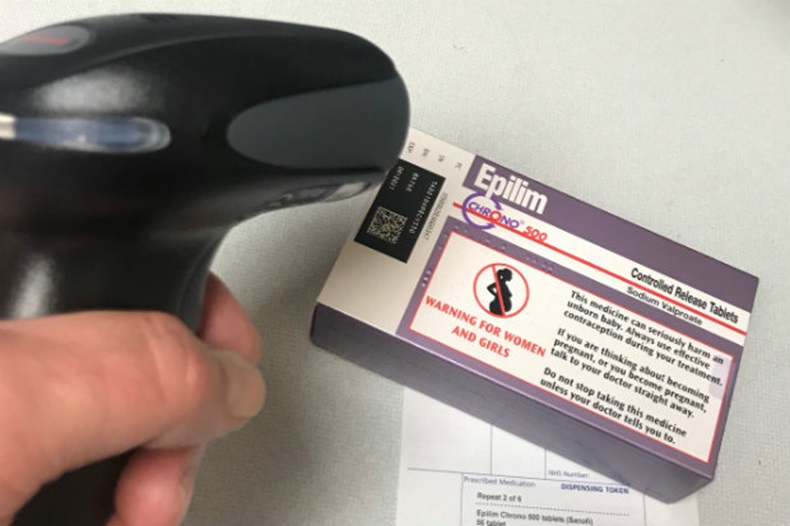 Philip Galt: This scanning technology will have huge benefits for patient safety in the long term

Despite reports of system crashes and missing barcodes, the first weekend of the EU’s medicines scanning law landed like a “damp squib”, pharmacists have told C+D.

The EU’s anti-counterfeit legislation, the Falsified Medicines Directive (FMD) – which requires all pharmacies to be able to scan barcodes on medicines packaging at the point of dispensing – came into force on Saturday (February 9).

Simon Butterworth, pharmacy manager at Collins and Butterworth Pharmacy in Hawkshead, Cumbria, told C+D this morning (February 11) that “rather than the anticipated big bang”, his first experience of the FMD process “has been a damp squib with wet matches”.

His pharmacy has opted for an integrated FMD solution via its patient medication record (PMR) system supplier Positive Solutions. However, “the few items that were 2D barcoded and dispensed on Saturday were not recognised by the database”, he said.

Pharmacy teams were warned on Friday – the day before the legislation came into force – to expect “many” false alerts from their FMD systems.

“I’m now anticipating a fairly gradual, soft phase-in of FMD implementation, unless we get a hard Brexit,” Mr Butterworth added.

FMD system is “straightforward”, despite crashes

Olivier Picard, owner of Newdays Pharmacy in Berkshire, said the FMD system – which was installed “a couple of weeks” ago – was “straightforward”, despite a last-minute crash on Friday.

The day before the deadline, “not everything scanned and some of the things that shouldn’t scan had scanned”, Mr Picard explained.

He raised a query with his supplier FMD IT – which struck a deal with the National Pharmacy Association for its members in October 2018 – that “a box with a barcode but no [tamper-proof seal] is scanning”.

FMD IT tweeted in response that there was a “licence login error locally”, which the supplier was able to fix remotely.

Mr Picard said: “There were so few boxes that scanned initially. But we’ve used it this morning – [the system] has been working fine.

“It’s very straightforward, but my biggest fear is six [or] 12 months down the line…it will be a lot of time scanning boxes with no added benefit to me.”

Where are the FMD-ready packs?

Darren Powell, deputy superintendent at Weldricks Pharmacy, tweeted on Saturday (February 9) that the chain has scanners installed “across the group” and is using Cegedim RX’s FMD software for its rollout.

“Now, where are the packs with the correct registration on the database?” he asked.

Rolled out “without a hitch”

Philip Galt, managing director of Lindsay and Gilmour – a chain of 29 pharmacies across Scotland – told C+D that with support from his system supplier FMD IT, “the first weekend has gone without a hitch”.

“We did a lot of work in advance. We tried to demystify it as much as possible for the teams on the ground,” he said. “I had a locum pharmacist tell me that they have learned the most about FMD from our guys, which is really good to hear.”

The C+D Salary Survey 2018 suggested that two thirds of pharmacy owners were unprepared for the FMD at the end of last year. Since then, Boots and Lloydspharmacy have admitted they will both miss the deadline, while Rowlands told C+D it is still facing “considerable logistical and staff issues” before it can start decommissioning medicines in all its pharmacies.

Mr Galt added that he has “never been that phased” by the EU directive, and he is “surprised” that some independent contractors and the multiples do not appear to have systems set up in all their pharmacies.

“I think longer term, the potential benefits for pharmacy are massive. It is very early days, but certainly down the line this scanning technology will have a huge impact on our business and on patient safety,” he said.

How did the first weekend of FMD go for your pharmacy?