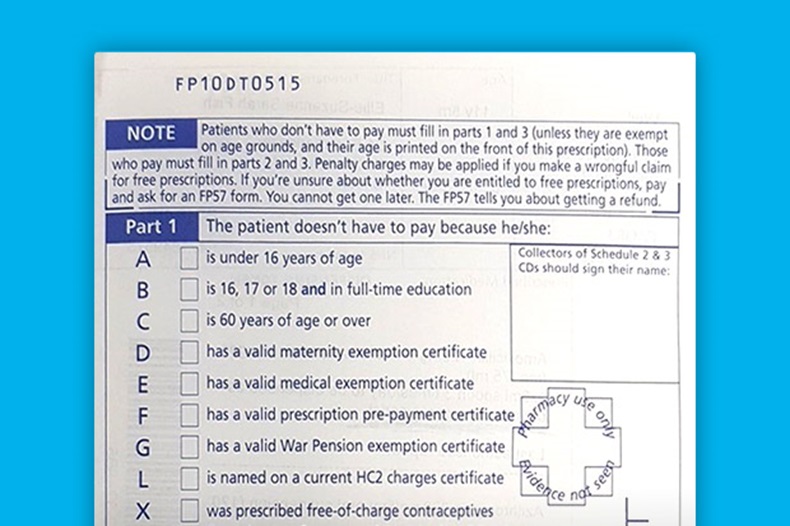 Almost 8,500 exemptions were digitally checked in four pharmacies over a two-month period, as part of an NHS pilot to crack down on prescription fraud.

The real-time exemption checking (RTEC) system – which is currently being used in four pharmacies in Manchester, Oldham, Leeds and Cleethorpes – allows pharmacists to digitally check whether a patient is exempt from prescription charges, before medication is dispensed.

After an automatic check against NHS Business Services Authority (NHS BSA) data during the prescription process (see more below), the RTEC system returns either an “exempt” or “unknown” status – never “not exempt”, the NHS BSA explained.

For those “unknown” exemptions, pharmacies have to use standard checking processes and tick the “exemption not seen” box. For those that are digitally exempt, the patient no longer needs to sign the prescription.

RPS: What happens if “computer says no”?

An investigation by the National Audit Office found that 5.6 million penalty charge notices have been issued to patients over the past five years for wrongly claiming free prescriptions and dental work.

However, the Royal Pharmaceutical Society (RPS) stressed that it is not a pharmacist's job to become the “prescription police”.

While the RTEC system will “help speed things up” and “align with existing NHS systems”, RPS English board chair Sandra Gidley said, “you could get into situations where ‘computer says no’ but the patient is convinced they don’t have to pay”.

“Pharmacists want to use their clinical expertise to advise patients about their health, not police access to medicines through prescription fines.”

The NHS BSA said feedback from the pilot sites has been “very positive”, with pharmacies reporting that “RTEC fits well with their existing business processes and has saved them time, as well as reducing the need for paper”.

The NHS BSA and NHS Digital are reviewing the findings of the first pilot and will work with pharmacy IT suppliers to determine the next stages of the rollout beyond the original four pharmacies, it said.

How does the RTEC system work in practice?

The check of the NHS BSA data will usually occur automatically at the time the prescription is being processed in the patient medication record (PMR) system. However, PMR suppliers have some flexibility about the point that the data will be requested from the NHS BSA.

Pharmacy staff will not normally need to check the patient’s exemption status more than once, but a second check will be possible, if the patient queries the initial status returned by the NHS BSA system.

If the patient believes they are exempt from prescription charges, but the RTEC system returns no exemption information, the patient will complete a declaration in the normal way.

If a prescription is confirmed by the RTEC system as exempt, it will be treated as such by the NHS BSA and no further prescription exemption checks will be applied. In this instance, the patient will not need to complete a declaration.

Should digital exemption checking be rolled out nationally?

Prescription charge to increase 20p to £9 in April