Tags:
All Other Clinical Politics People 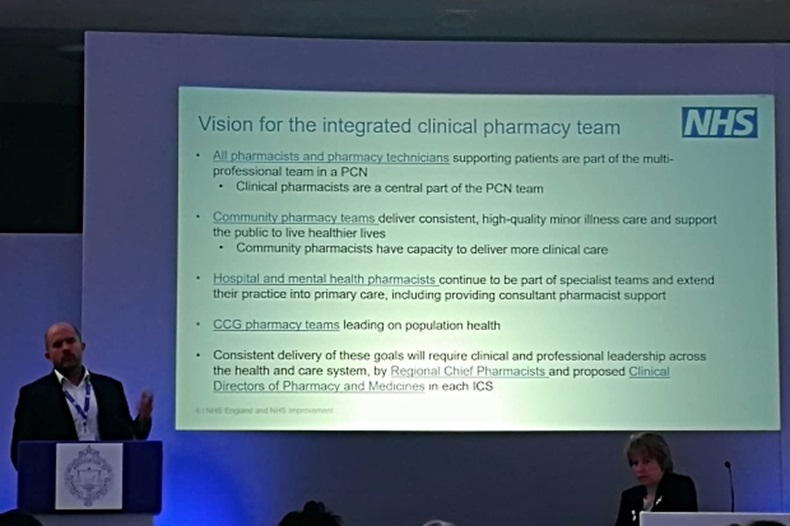 Richard Cattell: Where are the planned 7,500 pharmacists going to come from?

It will be a “really big challenge” to recruit the planned 7,500 “clinical” pharmacists to PCNs, NHS England’s deputy chief pharmaceutical officer Richard Cattell has said.

While there are already “clinical” pharmacists working in primary care networks (PCNs) – groups of local GP practices covering an average of 50,000 people – since they were set up in July, fulfilling NHS England’s aim of having six pharmacists working in each of the 1,300 PCNs by 2023-24 will be a challenge, Mr Cattell said last week (September 13).

“That is a big number. Where are they going to come from?” he said in response to a question from the audience at the Association of Pharmacy Technicians UK (APTUK) annual conference in Birmingham.

The commissioning body “has some work to do” to ensure pharmacy is “something that people want to [study]”, if it wants to secure a pipeline of pharmacists and pharmacy technicians for all sectors, Mr Cattell added.

All pharmacists and pharmacy technicians have a role to play in supporting PCNs, Mr Cattell added.

Would you consider working in a PCN?

How pharmacies will work alongside PCNs: what we do (and don't) know

No time to engage PCNs when contractors ‘drowning’ in cashflow issues