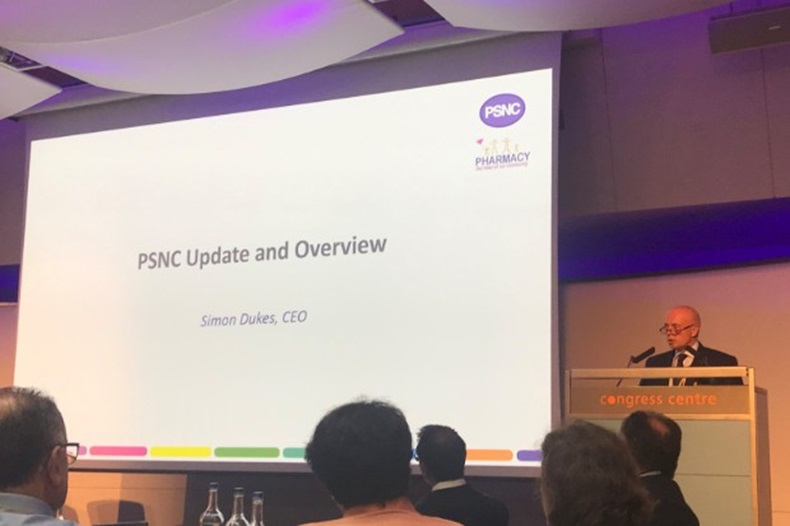 Dukes: Contract “provides five years of stability and a platform for change”

Contractors and the Pharmaceutical Services Negotiating Committee (PSNC) have both “cut costs” and made “efficiencies”, but it is still not enough, its chief executive has said.

PSNC and local pharmaceutical committees (LPCs) are “in this together”, and the negotiator must change to “support [contractors] better” in delivering the five-year funding contract, Simon Dukes told LPC representatives at their conference in London on Wednesday (September 25).

PSNC has already cut costs by making redundancies and closing its Enfield office, and Mr Dukes recognised that contractors have undertaken “similar activities to reduce your costs too – but it's not enough”.

PSNC faces a “paradox” that providing LPCs with more support that can be passed onto pharmacy owners would require them to “pay more in levy...at a time when we're expecting contractors to use every pound they have to invest in their businesses to carry out the very activities that we're telling them to do”.

To resolve this, Mr Dukes announced an “independent review” of how PSNC and LPCs support contractors' activities, and asked attendees to fill out a questionnaire to suggest what form this review should take.

“Not the deal we all wanted”

Turning to the five-year funding contract, Mr Dukes acknowledged it “may not be the deal we all wanted”, but claimed it “provides five years of stability and a platform for change”.

If pharmacies deliver the services set out in the contract successfully, such as the Community Pharmacist Consultation Service, the sector will be “commissioned to do more”.

“The more we do, the more we become invaluable to NHS England,” Mr Dukes added.

He also spoke about the importance of cross-sector collaboration and said PSNC is “rebuilding trust with the government”, and working “more and more” with politicians, the British Medical Association and other pharmacy bodies.

What do you make of Mr Dukes' comments?