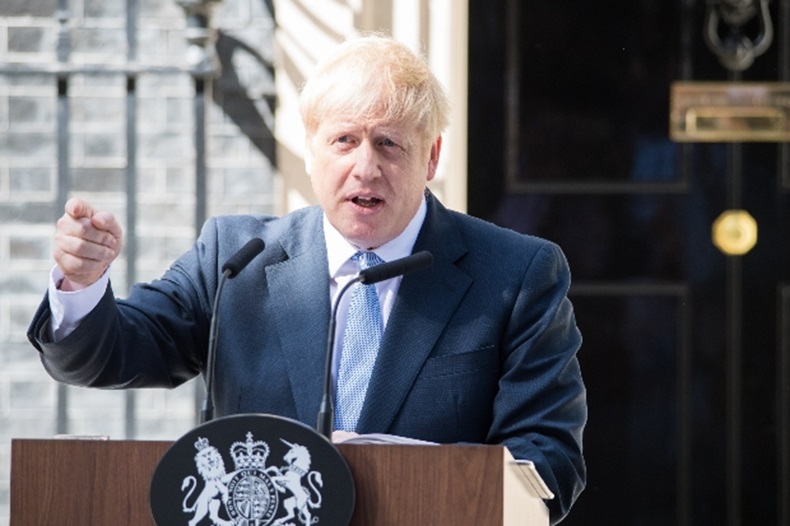 Boris Johnson: The health service represents the best of our country

The NHS is the Conservative government's “top priority”, Prime Minister Boris Johnson has said after securing a majority in the general election.

In what is being branded a “historic” result, the Conservative party secured 365 seats, a majority of 80 and a gain of 47 seats on the 2017 general election results.

Labour lost 59 seats, its worst defeat since 1935. Jeremy Corbyn said he will not lead the party into the next election, but that he will remain in post as the party embarks on a “period of reflection".

Jo Swinson announced she would step down as leader of the Liberal Democrat party, after she failed to secure her seat in East Dunbartonshire. The Scottish National Party (SNP) had a successful night, gaining 13 seats.

In his victory speech, Mr Johnson said he would work “night and day” to repay the trust of voters.

“The health service, that represents the best of our country with this single beautiful idea that whoever we are – rich, poor, young, old – the NHS is there for us.

“And that is why the NHS is this one-nation Conservative government’s top priority,” he stressed.

See below for what the Conservative party's election manifesto pledged for community pharmacy.

PSNC: We will promote pharmacy to new MPs

In a statement this morning (December 13), the Pharmaceutical Services Negotiating Committee (PSNC) said the result of the general election, including changes of party leadership, will not impact its plans to “reach out to individual MPs” and “attempt to gain or reaffirm their support”.

The negotiator looks forward to working with new MPs “to promote the pharmacy sector and all that it has to offer”, it added.

While both health secretary Matt Hancock and pharmacy minister Jo Churchill retained their seats, in West Suffolk and Bury St Edmunds respectively, the PSNC said "a cabinet reshuffle is likely, and we will keep you updated on their ministerial roles".

Chief executive Simon Dukes said the aim now is “to help show how community pharmacy can be better utilised to reduce the pressures elsewhere in the NHS”.

“My team and I will continue to work closely with Mr Johnson’s new government to develop the community pharmacy service, building on the foundation set out in the five-year [funding contract],” he added.

AIMp: We will put pharmacy forward

The Association of Independent Multiple Pharmacies (AIMp) is “looking forward” to working with the new government, NHS colleagues and “other stakeholders” to “put pharmacy forward as a key player within healthcare”, chief executive Leyla Hannbeck said.

During the campaign period, AIMp encouraged its members to “take every opportunity to highlight the valuable work that community pharmacy teams do”, she added.

The National Pharmacy Association (NPA) said it will “engage with the government” about “keeping costs down for small businesses and helping high streets to thrive” following the general election result.

“Our job is to work with whoever is in power to shape policies that will support pharmacies and the patients they serve,” it added.

Along with other pharmacy bodies, the NPA will “ensure that a consistent message reaches ministers and officials” about the “need for investment” in the sector.

“It’s crucial that the government backs pharmacy to help deliver the ambitions of the NHS long-term plan,” she added.

Professor Anderson also highlighted the workplace pressures the sector is under and said it is “vital” that the government “expands health and wellbeing support” to “all those providing NHS services”.

The RPS is also “looking for more certainty” on the UK’s “ambition for a future relationship with Europe and wider global community, on key areas such as medicines, research and workforce”, she added.

The Company Chemists’ Association (CCA) – which represents the UK’s largest multiples and supermarket pharmacies – will “continue to make the case to government” for the “necessary funding” to deliver the “high quality care” that patients expect from community pharmacy, chief executive Malcolm Harrison said.

“CCA members are already focused on demonstrating that community pharmacy can play its part in providing urgent care, and in doing so, ease pressure elsewhere in primary care,” he added.

What did the Conservative party pledge in its manifesto?

The Conservatives failed to mention community pharmacy in their manifesto, only discussing recruiting GP pharmacists. When asked for clarification on their community pharmacy policy, a spokesperson told C+D: “We will be boosting the amounts going into community and primary care by £4.5 billion.”

Other healthcare highlights in the Conservative manifesto included a promise to recruit 6,000 more pharmacists, nurses and physiotherapists to work in GP surgeries by 2025, with the aim of delivering 50 million more GP appointments a year. It has not yet set out a breakdown of these roles.

The party also pledged to “make sure patients can benefit from digital booking and consultations offered by phone, Skype or online if they want them” and stressed that the price the NHS pays for medicines will “not be on the table” when negotiating trade deals, in response to ongoing criticism from Labour.

What do you make of the general election results?

What the election manifestos mean for community pharmacy

Pharmacists included in Conservative pledge to boost GP staff by 6,000