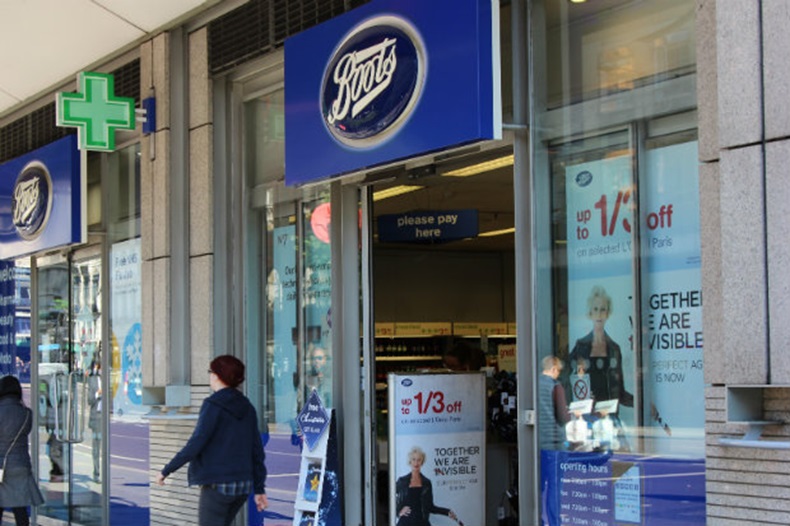 Boots’ parent company has already shut 28 of 200 pharmacies it plans to close in the UK by the end of the year.

Walgreens Boots Alliance first announced last June that it would close 200 loss-making branches over the following 18 months, and in October said it was “on track” to complete all 200 closures by September 2020.

In a call with analysts following its latest financial results yesterday (January 8), Walgreens Boots Alliance confirmed it has now closed 28 of these branches.

“We are continuing to review our store portfolio and expect the current optimisation process to be completed by the end of this year,” Boots told C+D this morning.

During the call, Walgreens Boots Alliance global chief financial officer James Kehoe reiterated that the company is undertaking an “end-to-end process review” in the UK, with the aim of “transforming” the business, leading to a “lean and effective operating model”.

Co-chief operating officer Alex Gourlay told analysts a “purpose-built pharmacy operating system has been rolled out to over 1,400 Boots UK stores”, which allows pharmacists to provide “a greater level of customer service, even more efficiency and, over time, a wider range of new pharmacy offerings”.

Boots will “continue to develop new healthcare services with diagnostics”, said Mr Gourlay, adding that pharmacists “now have the ability to write prescriptions for certain conditions” – presumably a nod to the independent prescribing service pilot announced in December.

Walgreens Boots Alliance blamed a year-on-year 3.6% drop in its adjusted gross profit for September-November 2019 in its international retail division on lower retail sales and margin in its Boots UK pharmacies. Mr Kehoe said this “rough” period “really does come down to the market”.

However, the introduction of “flagship beauty halls” to 26 branches last year had produced “an improved performance in these stores in line with expectations”.

One of the reasons for a “slight…decrease” in UK revenue was that Boots had “taken action to reduce loss-making services”, explained Mr Gourlay. “As a result, we’ve lost some [prescription] volume – [although] not as much as we expected.

“We’re quite pleased with the retention of our customers with these actions,” he added.

Boots’ online prescription service, which launched last May, has made “solid progress” in the market, Mr Gourlay said.

The company is “developing new initiatives in digital healthcare” and has plans “for expanding pharmacy services to improve the customer journey and broaden access to healthcare”.

Do you work in a Boots branch facing closure?

Boots partners with PHE on initiative targeting a million people