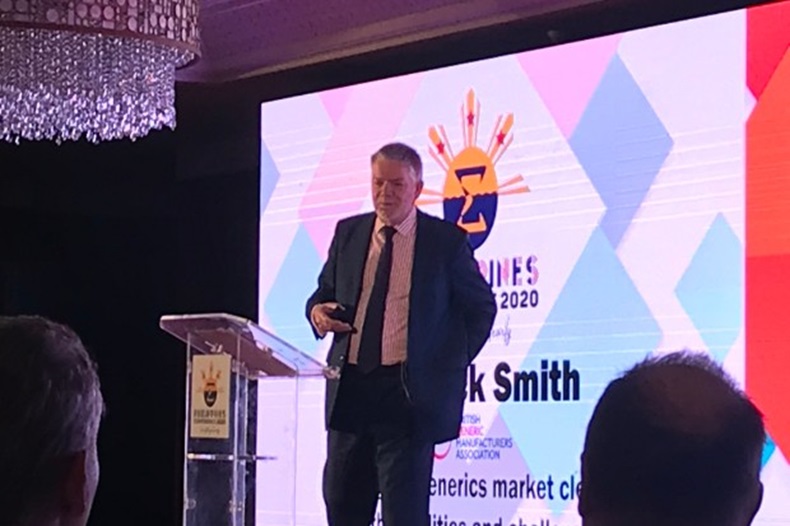 Warwick Smith: The introduction of FMD has had a detrimental impact on manufacturing capability

Mr Smith expressed his disapproval of the anti-counterfeit medicines legislation during the annual Sigma conference in Cebu in the Philippines yesterday (February 17).

The BGMA arrived at the 10% figure based on feedback from the organisation's members and from the wider industry, Mr Smith told C+D today (February 18).

The fact that companies must now “affix a unique identifier and also an anti-tamper device for each pack” has slowed manufacturing lines, Mr Smith added.

In the context of ongoing medicines shortages, the capacity reduction means there is “less wiggle room” for manufacturers, compounding other factors that have caused the supply chain to weaken, he added

FMD is an EU medicines scanning law that came into force last February, with the aim of preventing counterfeit medicines from entering the drugs supply chain.

Shortages “outside of our control”

One cause of shortages given by Mr Smith was changes to the environmental legislation in China that has seen factories move from urban to rural locations. Factors like these are, he said, “outside of our control”.

Of the range of issues that have led to shortages most are “due to government policies rather than anything that is being done in the distribution chain”, Mr Smith claimed.

A C+D investigation last month revealed that the Department of Health and Social Care recorded 178 medicine shortages in England from January-November 2019.

Follow @CandDEliza on Twitter to catch up with all the latest coverage from the Sigma conference in the Philippines.

What is your take FMD and its impact?

Boots, Well, Rowlands and Superdrug yet to completely roll out FMD