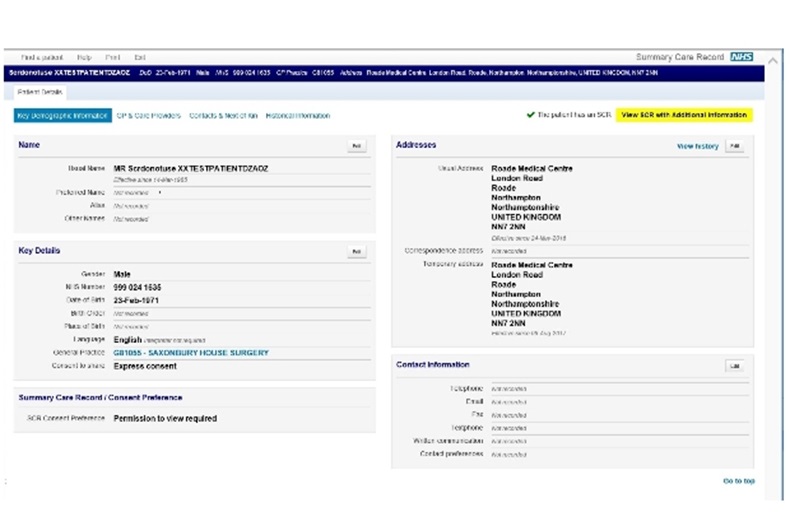 NHS Digital has added a “vulnerability flag” to the summary care record (SCR), alerting pharmacies to which patients are on the list of “shielded” individuals.

The flag enables community pharmacy teams using the summary care record application (SCRa) to see which patients are on the shielded patient list, the Pharmaceutical Services Negotiating Committee (PSNC) said when the decision was announced on Tuesday (April 7).

Shielded patients are generally those who are immunosuppressed and “at greatest risk of infection from [COVID-19]”, the PSNC added. This group of patients has been advised by the government to stay at home for 12 weeks.

The alert, also known as the “shielded patient flag”, will be displayed when pharmacy teams access the SCRa record of a relevant patient. A new COVID-19 risk indicators section will also be visible on the key demographic information screen, the PSNC said.

The flag went live on a pilot basis last week (April 3) and is currently only visible within the NHS Spine SCRa application. It is hoped that suppliers of clinical and patient medication records offering pharmacies access to the SCR 1-click feature will also be able to show the alert in future, the PSNC said.

At the moment, the vulnerability flag can only be seen by community pharmacy teams. However, the PSNC said the feature is “likely to be rolled out to other parts of the health and care system later”.

It added that the new feature will help pharmacists and their teams in their decision-making about how to best support shielded patients.

In the latest NHS England COVID-19 webinar for community pharmacy, broadcast yesterday (April 8), Jill Loader, deputy director for pharmacy commissioning at NHS England and NHS Improvement, said ensuring that community pharmacies could see which patients are in the shielded group had been “a real priority”.

She added: “At the moment we’ve managed to set that up very quickly on the web, access to the summary care record. We’re also trying to get it set up through the 1-click access, but that will take a couple more days.”

Do you welcome this addition to the SCR?

GPhC: Essential that pharmacists get read-write access to patients’ records