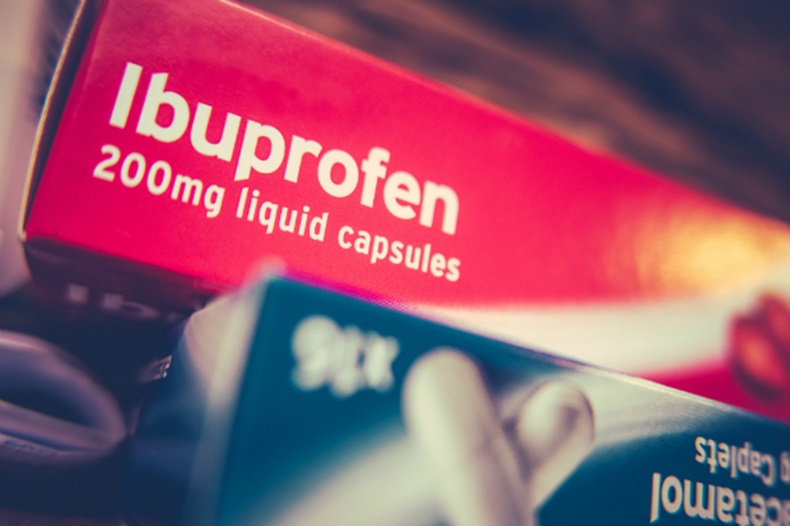 Patients can use NSAIDs, including ibuprofen, to ease COVID-19 symptoms

Patients can use ibuprofen and other non-steroidal anti-inflammatory drugs (NSAIDs) to treat the symptoms of COVID-19, an MHRA advisory body and Nice have said.

Last month (March 17), NHS England asked the Commission of Human Medicines (CHM) Expert Working Group on COVID-19 and the National Institute for health and Care Excellence (Nice) to review existing evidence on the use of NSAIDs, including ibuprofen, to treat symptoms of COVID-19.

Publishing its findings earlier this week (April 14), the CHM said: “There is currently insufficient evidence to establish a link between the use of ibuprofen, or other NSAIDs and susceptibility to contracting COVID-19 or the worsening of its symptoms.”

Nice said 13 studies had been “obtained and assessed for relevance”, but “none were suitable for inclusion”.

“This means that no evidence from published scientific studies was found to determine whether acute use of NSAIDs is related to increased risk of developing COVID-19 or increased risk of a more severe illness,” the organisation said in a statement published on Tuesday (April 14).

The CHM and Nice were last month asked to analyse existing evidence to understand if it is safe to use ibuprofen to alleviate symptoms of COVID-19.

NHS England medical director professor Stephen Powis made the request following concerns raised earlier in March by the French health minister Olivier Véran, who advised against the use of NSAIDs to treat COVID-19 symptoms, as he feared these medicines could worsen the infection.

On March 17, professor Powis issued an alert to all clinical staff. In this, he stated said that while there appeared “to be no evidence that NSAIDs increase the chance of acquiring COVID-19”, paracetamol should be used over these drugs to treat COVID-19 symptoms, such as fever or headache, until more information was available.

Following the CHM and Nice findings, this position has now been revised to say that patients who have or are showing symptoms of COVID-19 can use paracetamol or ibuprofen to treat symptoms of the virus.

Last month, the General Pharmaceutical Council (GPhC) said pharmacies can split “larger packs of paracetamol” to sell to the public, as it understands it has been difficult to obtain the OTC analgesic from wholesalers during the pandemic.

Is there a shortage of Ibuprofen due to COVID-19?