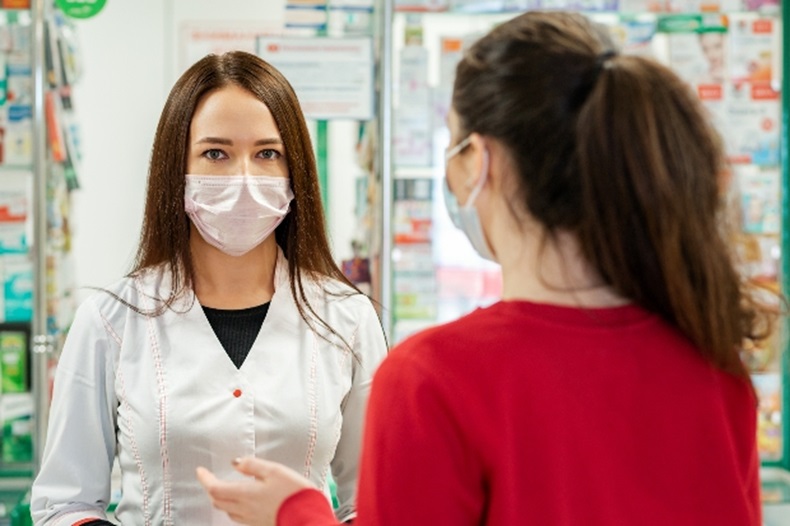 Waiting longer for medicines has been the most common trigger for abuse from patients during the COVID-19 pandemic, a C+D survey of pharmacy professionals has found.

A third (33%) of the 545 survey respondents who answered the question said the increased abuse was mainly down to patients having to wait longer to be seen by a member of staff in the pharmacy, while a quarter (26%) said the primary reason was a longer wait for prescriptions.

Other reasons cited by pharmacy teams included patients becoming angry because the pharmacy was out of hand sanitiser, face masks or painkillers (7%), patients not agreeing with social distancing measures that had been implemented (8%) and self-isolating patients being upset that their medicines could not be delivered free of charge (6%).

One fifth (20%) of respondents said there were other reasons for abuse from patients during the pandemic, with many commenting that all the reasons mentioned above had factored in abuse directed at them by patients.

The C+D survey ran between April 1 and May 10 and asked pharmacy professionals a series of questions about the impact of the COVID-19 pandemic on their teams and their business.

The survey found that almost two thirds (64%) of 859 respondents had seen an increase in abuse towards their teams as a direct result of COVID-19.

When asked about the different forms of abuse, more than three quarters (79%) of the 692 respondents who answered this question said they had experienced verbal abuse.

This was followed by written abuse (13%) and physical abuse (8%). Two survey respondents said they had experienced sexual abuse from patients.

Mark Lyonette, chief executive of the National Pharmacy Association (NPA) said the findings were “appalling” and “appear to be related to the tensions caused by coronavirus”.

“Most patients and customers treat staff with courtesy, but this behaviour by a minority of people is totally unacceptable. The NPA and other bodies have been in discussions with senior police representatives about this matter and we have put out communications to the general public on the need to treat pharmacy staff with respect,” he added.

The C+D survey, to which a total of 1,018 community pharmacy professionals from across the UK responded, also asked staff to share examples of the abuse they have experienced during the pandemic.

One respondent said they had seen: “[patients] banging on shutters when we were having a lunch break, continuously shouting on the phone, insisting on home deliveries because the government announced it, [giving] abuse because their prescriptions hadn’t arrived or were not ready for them when they walked in”.

Another commented that they were “pushed out of the way by a man as I stood in his way while handing medication to another patient. When I pulled him up on it, he swore at me”.

Several respondents said some of the actions of GP surgeries, such as moving to closed-door working and prescribing in greater quantities, had exacerbated patient frustration.

One pharmacy professional said patients are “angry that they can’t easily make changes to their medication as GPs are working from behind closed doors”. Another said closed-door working had left patients were “scared and confused” about how to order and manage their medicines.

A different respondent commented: “Surgeries largely close their doors [and] give three months’ of post-dated prescriptions to a depleted team of staff to organise and prepare at very short notice. [They] tell patients we have prescriptions that we have not received yet. Patient expectation [is then] that we have their prescription”. This, they added, “leads to frustration” when the prescription is not ready for collection at the time the patient expected it to be.

Other survey respondents said racial abuse had been a problem, as had written abuse in the form of comments on social media sites such as Facebook.

Alongside the examples of abuse, pharmacy team members also commented on the positive treatment they had received from patients. One respondent said most patients had been “brilliant”, while another said they had seen “a huge increase in positive comments and thanks from people who have taken the trouble to write in expressing their gratitude.”

“Violence has to stop”

Commenting on the survey findings, Pharmacists’ Defence Association (PDA) director Paul Day said: “Sadly the pandemic has brought into focus an issue that we have campaigned on for a long time. Violence at work is ‘any incident in which a person is abused, threatened or assaulted in circumstances related to their work’ and it has to stop. There are no justifiable reasons for violence, only excuses.”

He added that the PDA has secured support for its campaign to end violence in pharmacies from police forces, community safety partnerships, politicians and employers from across the UK.

The campaign calls for a number of changes, including a zero-tolerance policy on violence towards pharmacy staff and regulatory standards that place “more robust requirements” on pharmacy employers to ensure their teams are safe.

“We reiterate our call to all pharmacy organisations to support the campaign so…the sector can be free of violence,” Mr Day said.

Other findings from the C+D survey include how pharmacy teams have coped with the pressures of the pandemic, and the impact of COVID-19 related medicines shortages.

Have you experienced abuse from patients since the start of the pandemic?