Superdrug has re-launched its at-home COVID-19 antibody testing service – which was withdrawn earlier this year – saying it is “confident” it complies with MHRA guidance. 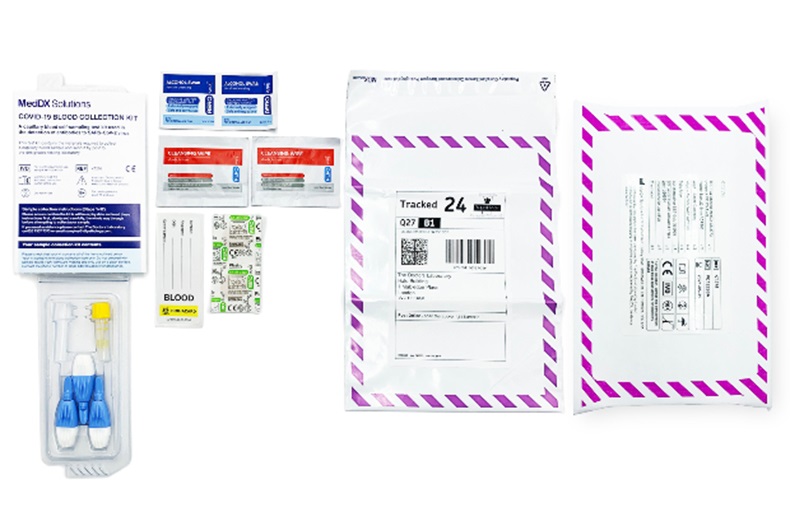 Patients can order the home sampling test kit via the Superdrug online doctor service at a cost of £69, the multiple said last week (October 30).

The kit – which includes instructions on how to take a finger-prick blood sample at home – is posted to patients, with the capillary blood sample then sent to Superdrug’s United Kingdom Accreditation Service-accredited partner laboratory for analysis.

The home sampling test kit was initially launched on May 20. However, on May 29, the Medicines and Healthcare products Regulatory Agency (MHRA) asked that providers of laboratory-based COVID-19 antibody testing services using capillary blood collected by a finger prick “temporarily” suspend this service. The reason was that this type of blood collection needed to be “properly assessed”, the regulator said at the time.

This MHRA alert prompted Superdrug to pause its service just a week after it was launched. The company said in a statement last week that the service had been “voluntarily and temporarily withdrawn” in the spring.

A Superdrug spokesperson told C+D last week (October 30) that, when the company first launched its at-home sampling kit, it “considered it met the current guidance at that time”.

“Following discussions with the MHRA, we took the decision to pause the service to enable us to review the MHRA’s updated guidance and engage in dialogue with them,” they added.

“We are confident that our re-launched service is compliant with the evolving guidance,” the spokesperson said.

An MHRA spokesperson told C+D last week (October 30) that the instructions it shared in June are still valid, meaning that laboratories offering a COVID-19 testing service should meet the requirements set out in its medical device alert on June 8.

In the alert, the MHRA said that capillary blood “sample collection kits have not yet been validated for home use”.

"We can’t be sure that people collecting samples at home are able to do this in a way that the laboratory can process the sample to give reliable results.”

However, speaking to C+D last week, the MHRA spokesperson emphasised that the regulator does not approve the use of COVID-19 tests and that it is the manufacturer’s responsibility to evaluate the performance of the test according to its intended use before it is CE-marked and put up for sale.

Commenting on the re-launch of the CE-marked COVID-19 antibody test kit last week, Superdrug’s healthcare director Michael Henry said that “the decision to relaunch this service was driven by public demand because people want to know whether or not they have already been infected”.

GPhC: rapid and other COVID-19 tests in pharmacy

In a communication last week, the General Pharmaceutical Council (GPhC) said it is considering reviewing its “position in relation to rapid antibody tests, and other forms of COVID-19 testing, being provided within community pharmacies”.

In July, the GPhC wrote a letter to contractors in which it said it was “not appropriate” for rapid antibody tests – a different test to that relaunched by Superdrug last week – to be sold in community pharmacy.

The decision to consider reviewing its position on these and other antibody tests is in light of a “significant interest” within community pharmacy in providing COVID-19 tests, the regulator said.

It comes as Boots last week announced it was launching a £120 in-store COVID-19 swab test, which will be followed by the launch of another testing service where results are processed in-store “within just 12 minutes”, using a LumiraDx diagnostic device.

What is your pharmacy's position on the sale of COVID-19 tests?