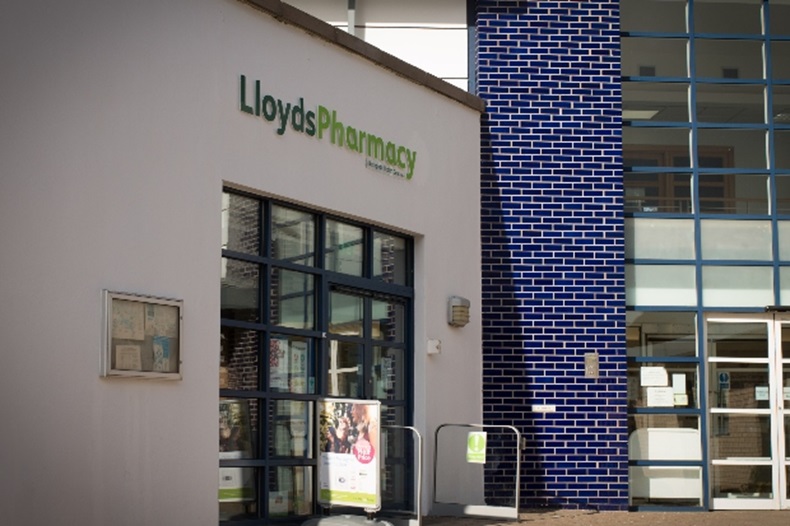 Lloyds: There have been "multiple failed attempts to engage in rent negotiations with NHSPS”

Lloydspharmacy has announced that it has closed 99 community pharmacies in the past 12 months and has warned of more closures unless it gets greater support from landlords.

The multiple said the closures, which are in addition to the 190 branch closures it announced in 2017, were “a result of mounting cost pressures and declining footfall”.

Lloydspharmacy is now asking for a 25% rent reduction for nearly a quarter of its English sites, for which NHS Property Services (NHSPS) is the landlord. McKesson UK chief financial officer Chris Keen yesterday (November 19) described the sites as being "loss-making after incurring significant COVID-19 related costs”.

The multiple, which currently has around 1,100 pharmacies in England, said the request for a 25% discount on rent comes after “multiple failed attempts to engage in rent negotiations with NHSPS”.

“As we deal with the second wave of COVID-19, some of our landlords continue to refuse to engage in discussions about unsustainable rents. Many health centre landlords base their rents on the number of patients on the register, but these patients are currently being encouraged not to visit sites because GPs provide video and telephone consultations,” Mr Keen said in a statement yesterday.

“Some institutional landlords have engaged to discuss alternative solutions but the majority, including NHSPS, are refusing to recognise the impact of reduced footfall. This is clearly unsustainable and puts at risk our ability to continue providing vital healthcare services to the communities we serve,” he added.

Closures have long been on the table for Lloydspharmacy. Earlier this year, the multiple said it was proposing to close a “small number” of community pharmacies after “increasing financial pressures” from factors including COVID-19.

At the time, Lloydspharmacy said it would aim to “retrain and redeploy” as many staff as possible. Commenting on the 99 branches that have closed in the past 12 months, a spokesperson for McKesson UK told C+D yesterday that: “Where possible, we have redeployed colleagues to other locations or roles within the business where there have been suitable vacancies.”

In 2017, Lloydspharmacy’s parent company McKesson, then known as Celesio UK, said it would be closing or selling 190 branches across England after they had become “commercially unviable” due to “changes to government policy on reimbursement and retrospective clawbacks”.

The 99 closures in the past year are “on top of” the 190 announced in 2017, which have all already closed or been divested, the McKesson UK spokesperson told C+D.

Yesterday’s announcement comes after the McKesson group announced in August that revenue for its European business dropped 4% to £4.7bn ($6.2bn) –  once currency rates were taken into account – during the first quarter of the 2021 financial year.

In June, Well Pharmacy also asked landlords for rent reductions following a 25% income dip as a result of the COVID-19 pandemic. The multiple wrote to approximately 580 landlords asking for help with rent payments.

“Months of trying to seek an audience with NHSPS”

A spokesperson for NHSPS told C+D today (November 20) that it “recognises the challenging trading environment which small businesses and larger organisations, such as McKesson, operate in”.

“As such, in early November we wrote back to the CEO of McKesson UK to offer a variety of practical and tangible solutions, including a bespoke site-by-site approach to ensure that communities retain these vital services. We have not received a response to our proposals,” they added.

The McKesson UK spokesperson told C+D today that “after months of trying to seek an audience with them”, the company would “very much welcome a discussion with NHSPS.” This has, however, proven difficult so far, they added.

“We started writing and attempting to engage with NHSPS back in June, with follow up letters in July, September and two letters in October. The latest one we sent requested a 25% rent reduction – we still haven’t received a reply to this. In their only response to us so far, which we received this month, they offered a site by site negotiation but without any overall reduction in rent,” spokesperson said.

“What we are calling for is a central discussion to overhaul the archaic methodology of calculating rents. The model of basing rents on the patient list numbers at a GP practice has been outdated for some time and COVID-19 has brought into sharp relief this broken process. We need an urgent and meaningful reduction in rent where footfall has dropped dramatically,” they added.

Have you been speaking to your pharmacy's landlord about a rent reduction?