For Leicester pharmacist Satyan Kotecha, the decision to sign his pharmacy up to a pilot inhaler recycling scheme was influenced by his children’s passion for the environment. 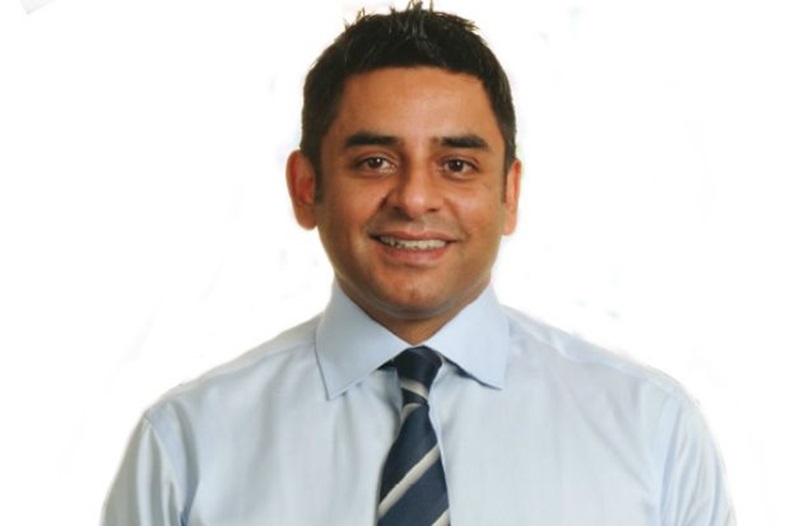 Mr Kotecha: I wouldn’t commit pharmacy to do things for nothing, but this isn't about remuneration

Mr Kotecha’s pharmacy is one of 90 in Leicestershire already signed up to the local pilot scheme – Take Action for Inhaler Recycling (or Take AIR) – which provides pre-paid postage envelopes to patients so they can recycle their inhalers.

The scheme was launched by pharmaceutical company Chiesi earlier this month, with support from the local NHS hospital trust and Leicester and Rutland local pharmaceutical committee (LPC), of which Mr Kotecha is also vice chair, and will run for 12 months.

If effective, the scheme could be rolled out nationwide, Mr Kotecha said.

“I’ve got two children who are always watching the Greta Thunberg posts and things like that, and they’re always talking about [the environment],” he told C+D, adding that they are constantly asking him why his community pharmacy throws so much away.

“I think the environmental impacts of plastics, inhalers – or anything else, for that matter – is significant. I really feel positive [about this pilot], and [that] we’re able to contribute in a positive way. It’s [the] little things that we can do.”

Components of the pilot

As part of the pilot, patients can either take envelopes away with them, or can bring in their used inhalers and a member of the pharmacy team will send them to the recycling plant, Mr Kotecha explained.

According to Chiesi, the different components are then separated and recycled without releasing greenhouse gases from the canister into the atmosphere. Any remaining gas in the cannisters would be repurposed for use in white goods, and non-recyclable material would be converted into energy.

Any patients uncomfortable with their inhalers being recycled could still hand them into the pharmacy to be incinerated in an environmentally-friendly way, Mr Kotecha added.

Approximately 73 million inhalers are used in the UK every year, according to GlaxoSmithKline (GSK) data. A recent survey of people with asthma, conducted on Chiesi’s behalf, discovered that half were worried about the carbon footprint of their inhalers and felt guilty about not recycling, with more than three quarters stating they would recycle their used inhalers on a more regular basis if they could post them to a recycling centre.

Tom Delahoyde, managing director of Chiesi UK and Ireland, commented: “We want to help people who use inhalers, and are worried about the impact on the environment, by making an easy and safe process to recycle, particularly in these challenging times.”

Pharmacy staff “engaged” and “running with it”

Mr Kotecha said that despite only receiving their virtual training on the scheme just over a week ago, his team were “flying with it”.

“It’s kind of a nice talking point,” he added. “Usually it’s how to use your medicine, and this, that and the other.”

When he first broached the subject, Mr Kotecha said people were “sceptical”, as pharmacies are not paid for the service.

“I wouldn’t ever commit pharmacy to do things for nothing,” he commented. “I'm a pharmacist myself, and I appreciate that pharmacists should be remunerated for everything that they do, but this isn't about remuneration. It's not any extra work; it's adding value to the dispensing process, but also ensuring that we contribute to the sustainability and environmental impact of inhalers.”

And staff soon came round to the idea once they recognised it “wasn’t another money-spinning idea by the owners; it was literally just to do the right thing by the environment”, he told C+D.

Mr Kotecha suggested that the COVID-19 pandemic may have had an impact on people’s views about the environment: “I think the pandemic has focused people around being slightly more responsible as a society. And that's what's really helped. If there is anything positive to take out of the pandemic – and there’s not many [things] – I’d say that it is focusing people’s minds on the societal impact of what we do.”

Dr Anna Murphy, consultant respiratory pharmacist at the University Hospitals of Leicester NHS Trust, remarked: “We all want to do our bit to help the environment and at this current time. With many of us wanting to limit how often we go into closed spaces, a postal-based scheme is a great way for people in the area to easily recycle their used inhalers.”

What environmentally-friendly techniques do you adopt in your pharmacy?

‘We still get patients going: Wow, this pharmacy is different’