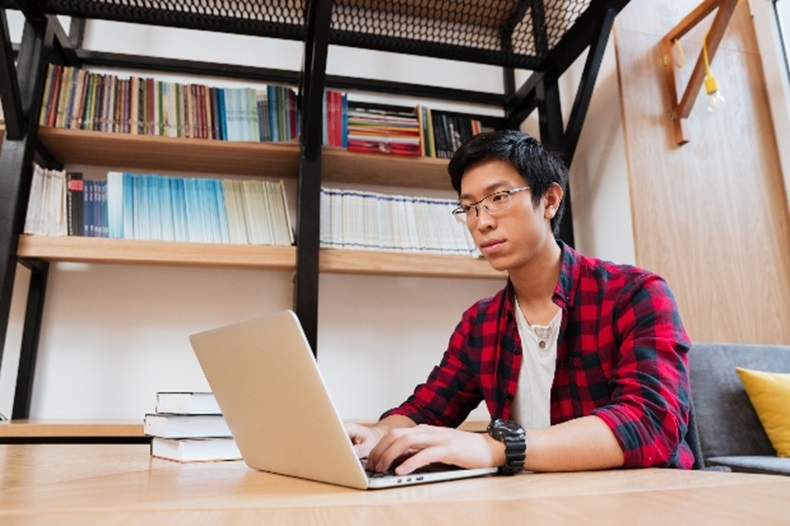 The GPhC announced in March last year that it had decided to postpone the 2020 registration assessment due to COVID-19. Last week’s assessment – held across March 17 and 18 – was the first online registration exam. Two sittings of the exam were held to allow for adequate social distancing in testing centres.

In the aftermath of those exams, concerns were raised regarding repeated questions across the two sittings, technical difficulties logging on and other issues in some exam centres, as well as some candidates booking multiple slots.

The GPhC addressed some of these concerns in a statement released on Friday (March 19), in which it said it had “worked closely” with Pearson VUE to “respond quickly” to any issues encountered by candidates during the assessment.

Several candidates claimed that those who sat the exam on March 18 had received an unfair advantage as many of the paper’s questions were “the same” as those in the previous day’s paper.

One candidate tweeted that “at least 65 questions” of the second day’s clinical paper “did come back” from the paper sat on the first day. They added that “questions did circulate” among candidates, giving those who sat the paper on March 18 “a strong advantage”.

A YouTuber who vlogs about pharmacy education on her channel SureenaSpeaks tweeted:

A LOT of students have said that many of the questions from yesterday's exams were the same as today's - this needs properly addressing.

Therefore, many are speculating that the pass mark for today's exam will be higher.@TheGPhC we wait to hear your response. https://t.co/lmhhOg7PFm

While the GPhC acknowledged that “a number of questions were the same” across the two papers, it said that this was “standard assessment practice in high-stakes assessments to ensure consistency, fairness and reliability across the two sittings”.

Others “calmer and relaxed” this year

One resitter tweeted that this year’s exams felt “much calmer and relaxed” as they were “sitting the exam in small venue closer to where I live”. They added that the staff at the Plymouth exam centre had been “welcoming, friendly and immediately put me at ease”.

Serena Matthews said sitting the exam in Bury St Edmunds, Suffolk had been “a great experience” with a smaller group of candidates. The staff were “absolutely lovely” and celebrated with the candidates when they were finished, she said.

Stephanie Beirne, a provisionally registered pharmacist for a GP practice, said that though her exam centre had not been local to her, the staff were “so lovely and definitely put us at ease. [It] was the ideal atmosphere for such a stressful exam!”

Bethany Waters, a provisionally registered pharmacist, tweeted that she preferred the online exam to the paper one.

Another candidate commented that the Pearson VUE team in Sheffield had made the process “less daunting”.

Sean Brennan, president of the British Pharmaceutical Students’ Association (BPSA) and pre-reg pharmacist, said that the BPSA would work with GPhC “to ensure […] concerns are raised” and that people are put “at ease”.

He stressed: “You are not competing against others in these assessments. If you have reached the required pass mark, you have passed.”

There were reports of technical issues holding up exams in certain test centres.

Courtney Ella Preston, who is on a structured training and experience for pharmacists programme at King’s College Hospital, described her and others arriving at the exam centre at 8:30am, but claimed they had to sit at their desks “until gone 10am getting progressively more anxious, due to the computers not logging on”.

She claimed that by 12:15pm, there was still a group of people waiting to start their first paper.

This has been a shambles from start to finish and I don’t know why I expected today to be any different. Arrived at 8:30 and we all had to sit at our desk until gone 10am getting progressively more anxious, due to the computers not logging on.

Another candidate, who sat the exam remotely, claimed that the exam portal broke down on their first paper in the final eight minutes of the paper. It took an hour and a half, they claimed, to fix the issue, meaning they had no break between papers.

In its statement, GPhC said that a “small number” of candidates had experienced technical issues, with several candidates intending to sit the exam remotely unable to. “Initial analysis suggests this was due to internet connection issues they were experiencing,” it said.

Technical issues in exam centres “were largely resolved by the test centre staff”, the regulator said.

Several candidates made individual allegations concerning their experiences sitting the assessment in an exam centre.

Yasmine Haq, a C+D Awards 2020 winner for pre-registration graduate of the year, claimed to C+D that at her Middlesbrough exam centre, during the afternoon session another candidate had to wait an hour with her hand up because her pen had run out because an invigilator was outside having a conversation with someone they knew. “We could hear the full conversation,” she added.

“I wish I’d had a better experience, but I didn’t really have a good one,” Ms Haq remarked.

Bita Yazdani claimed she was refused use of her white board during the calculations exam, despite it meeting exam specifications. “I was forced to do the exam with nothing to write on. And due to delays I had no break in between exams,” she said.

She claimed that the white board was then given back to her for the second paper, when she did not need it. “I’m still shaken up and traumatised from it.”

Similarly, Bex Edwards said her wipeable booklet whiteboard was “taken away” when she ran out of room and asked for another. “Therefore, I couldn’t check any of my calculations at the end,” she noted. Another candidate said on Twitter that the same had happened to them.

A different candidate claimed that they “didn’t even have exam conditions for my exam”. They said: “Everyone started at different times and the invigilator was talking so loud at one point I had to tell her to be quiet as she was distracting me.”

I sat my exam on 17th and my wipeable booklet “whiteboard” was taken away when I ran out of room and asked for another. Therefore I couldn’t check any of my calculations at the end. I’m hearing other people did not have the same experience?

When asked to comment, a GPhC spokesperson referred C+D back to the regulator’s previous statement. On the issue of whiteboards, they said: “We received reports from a small number of candidates that Pearson VUE staff took away their first wipeable notepad when giving them a second one. On notification, we asked Pearson VUE to immediately follow up with test centre staff to remind them that wipeable notepads should not be taken away from candidates until the end of each paper.”

Some candidates raised concerns about alleged reports of candidates booking multiple exam slots in order to be more likely to secure a preferable one.

Ivan Yeow commented: “No wonder the slots on specific dates ran out so quickly. I don’t find it very fair.”

@TheGPhC @PearsonVUE Just found out someone have booked both days of the exam to make sure ‘they secure a spot’ and cancel one of them to their liking few days before their exam. No wonder the slots on specific dates ran out so quickly. I don’t find it very fair.

In response, the GPhC said that it had “identified [that] a small number of candidates booked two slots for their assessment. We contacted these candidates directly informing them that they must cancel one of their bookings ASAP or we would cancel it for them. This issue was resolved two weeks prior to the assessment.”

The GPhC has previously faced criticism over its handling of the assessment process, with the watchdog that oversees healthcare regulators considering a number of complaints concerning exam bookings.

When candidates were invited to book a slot for the March registration exam in February, some flagged that they were either wrongly booked into afternoon sittings, or told to travel hundreds of miles to find a test centre with space.

Candidates will receive their results on April 29.

What was your experience of last week's GPhC exam?

Watchdog receives ‘number of complaints’ about GPhC’s handling of exam