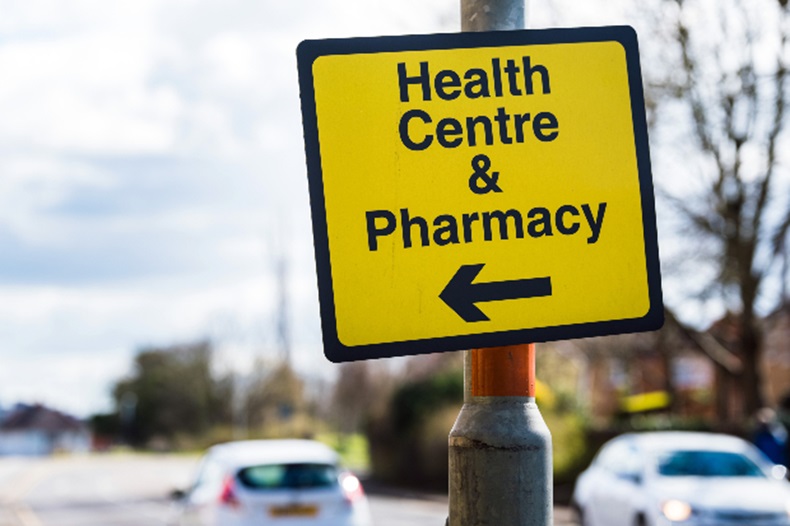 More than 90% of community pharmacies in England now offer the CPCS, but only a minority are receiving referrals from GP practices, LPC chiefs claim.

There were 11,826 pharmacies in England in 2019/20, according to the latest NHS Business Services Authority (NHS BSA) figures published last year (November 19).

This means that more than 90% of pharmacies are set up to receive CPCS referrals from NHS 111 and NHS 111 online, but only a minority are currently seeing patients triaged to them by GP practices, according to local pharmaceutical committee (LPC) chiefs.

GP referrals under the CPCS were enabled from November 1 last year. However, pharmacies based in the capital are “languishing” at the bottom of an NHS GP referrals table on the FutureNHS website, according to Pharmacy London LPC.

C+D has spoken with LPC chiefs based in the south-west region, which is in the lead for GP CPCS referrals with just under 6,000 as of April 19, according to Pharmacy London chair Raj Matharu.

While Avon LPC – a former pilot area for the GP CPCS pathway – seems to drive up the number of GP referrals in the region, Community Pharmacy Swindon and Wiltshire LPC, and Somerset LPC have just started their journeys.

Avon LPC chief officer Richard Brown told C+D that around 65% of GP surgeries in his area are live with the GP referral pathway.

Under the GP referral pilot, Mr Brown’s LPC was able to host some face-to-face training sessions with GP practices, to give staff the confidence to make referrals to pharmacies.

However, Mr Brown is aware that what he “was able to do as part of the pilot might be different to what other LPCs across the country are able to do”.

“Each LPC needs to work with their own regional NHSE&I team, because it’s the NHSE&I teams who are implementing the project. It's about LPCs working with their regional implementation teams to figure out how they can best engage the surgeries – through either face-to-face or potentially Zoom training sessions with the reception teams,” Mr Brown said.

Michael Lennox, CEO at Somerset LPC, believes that while the Avon journey “has helped us think it through for ourselves, that way of delivering [the GP CPCS] is not necessarily massively scalable at the pace required”.

“We want to be switched on before the summer holidays and then building winter pressures begin to get in the way,” Mr Lennox added.

“What Avon has done is provide inspiration and proof that it can be done along with really useful hints and tips for how you can get it right in terms of educating the practices to handle,” Mr Lennox said.

However, Avon LPC has been working at implementing this pathway for almost two years with access to more resources, while Somerset has received a smaller “package of money from NHSE&I”, which it needs to “deploy across 65 surgeries”, Mr Lennox explained.

“For each surgery, in principle we have enough funding to support their entire team for about four hours of project delivery. That is a pretty slim NHSE&I programme investment, but luckily our own system has further supported [the rollout] with dedicated project management support,” he added.

Struggle to get GP practices engaged

Mr Lennox said that more than 70% of GP practices in Somerset have expressed an interest in implementing the GP referral pathway.

However, the lack of a proper project plan is making it difficult for LPCs to gain “traction”.

“Looking at the national GP CPCS stats to date and hearing tales from the frontline of LPCs, there’s not an awful lot of primary care network (PCN)/GP engagement being realised,” Mr Lennox added.

Devon LPC chief officer Sue Taylor said that pharmacies in her area are “seeing a minimal number of referrals from one or two practices that were included in the original pilot”.

“NHSE&I in the south west has funded a number of local implementation leads across the region who are taking the work forward and contacting the practices and PCNs to promote the service. We are supporting where we can with the pharmacy teams and communications,” she added.

Fiona Castle, chief officer at Community Pharmacy Swindon and Wiltshire LPC, told C+D that they’ve also just started their journey of introducing GP referrals and have so far just a couple of GP practices who have put forward their interest.

“The success so far has been seen in the Avon area, where the LPC very much took the lead with the GP training and engagement, working with both pharmacies and practices,” Ms Castle said.

In March, C+D spent five days analysing the first year of the CPCS and its impact on the sector. Catch up with the coverage and share your experience of the service on the C+D Community

Is your pharmacy receiving GP CPCS referrals yet?

PSNC to NHS: Up local funding and incentivise GPs to help CPCS rollout