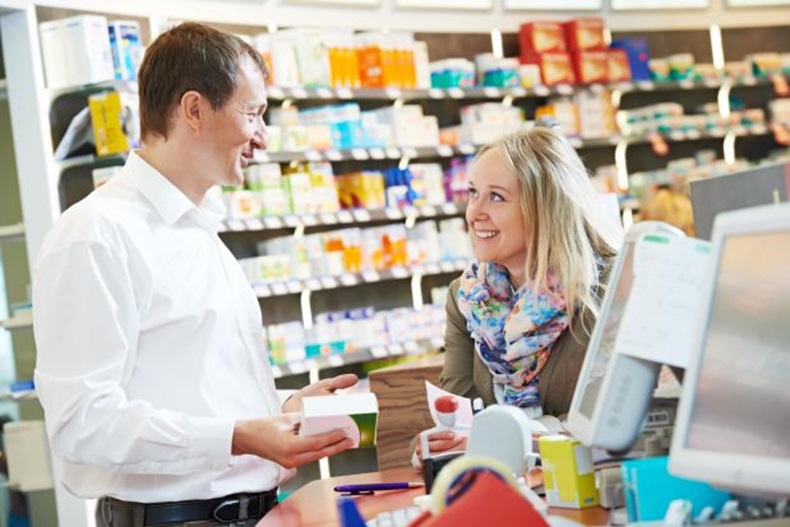 Pharmacies in England provide as many as 58 million free consultations a year, according to a sector audit from the Pharmaceutical Services Negotiating Committee (PSNC).

In its latest pharmacy audit report published today (May 28), PSNC said that 24% of the pharmacy consultations recorded earlier this year included advice and support related to COVID-19. Despite the data being collected differently to 2020, PSNC said that “we do think they indicate an increasing reliance on pharmacies through the pandemic”.

Average of 16.9 consultations per pharmacy, per day

The audit – which took place between January 25 and February 12 this year, involving 5,380 pharmacies in England (52.5% of the total number in the country) – found that during the audit period, 114,898 patient consultations were recorded.

This indicates that, on average, a pharmacy carries out 16.9 informal consultations per day.

This amounts to more than 100 per week, which PSNC extrapolated to estimate that over 1.1 million pharmacy consultations take place in England every week.

Nearly all (97%) of the consultations recorded during the audit period resulted in advice being given by a member of the pharmacy team, with 54% resulting in the sale of medicine as well.

The average consultation took just over five minutes, PSNC found, with consultations relating to COVID-19 taking on average 20% longer. This amounted to around 90 minutes of clinical consultations per pharmacy, per day, the report said.

More than three quarters (76.3%) of consultations were the result of patients self-referring, with 9% of the consultations the product of informal referrals from a GP, and 2.4% from NHS 111. During the audit, 8.6% of people seeking advice from a pharmacy said they had been unable to access another part of the healthcare system.

Nearly half (49.6%) of the patients seen during the audit said that if they had been unable to access advice from their local pharmacy, they would have visited their GP, while a further 6.2% would have visited A&E or an NHS walk-in centre. Just 12.4% of consultation patients were referred on to another healthcare professional, the report found.

PSNC said that this indicated that community pharmacy saves GP surgeries a total of 24 million appointments per year, and NHS hospitals and centres 3.3 million walk-ins a year.

However, during this audit, 61% of pharmacies reported being under “intense pressure”.

The audit report, authored by Richard Brown, chief officer of Avon local pharmaceutical committee (LPC), concluded that “clearly the additional burden on general practice and other healthcare settings were this pharmacy advice to be taken away would not be manageable”.

PSNC chief executive Simon Dukes added that the results “help showcase the incredible work that community pharmacies do every single day and the value that this brings to their patients”.

But the report also argued that the data shows that pharmacies “continue to handle a higher number of patients who have been informally referred by NHS 111 and general practice, rather than using the formal CPCS [Community Pharmacist Consultation Service] referral route”.

“This poses a risk of patients not being followed up, and means pharmacies miss out on funding that could be critical to the successful running of their business,” the report stressed.

Earlier this month, C+D revealed that despite over 90% of community pharmacies in England now offering the CPCS, LPC chiefs claim only a minority receive referrals from GP practices.

Meanwhile, at the end of April, Pharmacy London chair Raj Matharu said that most London pharmacies have yet to receive a GP CPCS referral, with the city “languishing” at the bottom of an NHS GP referrals table. Mr Dukes had previously suggested that introducing incentives could potentially increase GP practices’ engagement with the CPCS.

Mr Dukes commented that the audit “will provide an important dataset for use in our negotiations with [the] government”, which PSNC announced at the end of April had begun for the 2021/22 pharmacy funding contract.

“While a level of funding is provided for pharmacies for supporting people with ‘self-care’ through the community pharmacy contractual framework (CPCF), PSNC still believes that this is insufficient to cover this increasingly important part of community pharmacies' work,” the report said.

“We will continue to press HM Government and the NHS to recognise the incredible efforts of community pharmacies throughout the COVID-19 pandemic by providing a sustainable funding package for them,” it added.

Marc Donovan, chief pharmacist for Boots UK, said the audit provided “some of the strongest evidence yet of the value of community pharmacies”, adding that he looked forward to working with the NHS “to further develop a model that provides even more opportunities for patients to easily access services via our pharmacies”.

Of those pharmacies that took part in the audit, 44% sat within the Company Chemists’ Association (CCA), while the remaining 56% were non-CCA.

What do you make of the results of the audit?