A survey by the Community Pharmacy Workforce Development Group (CPWDG) has shed light on the struggles faced by employers with retaining pharmacy staff and unfilled positions. 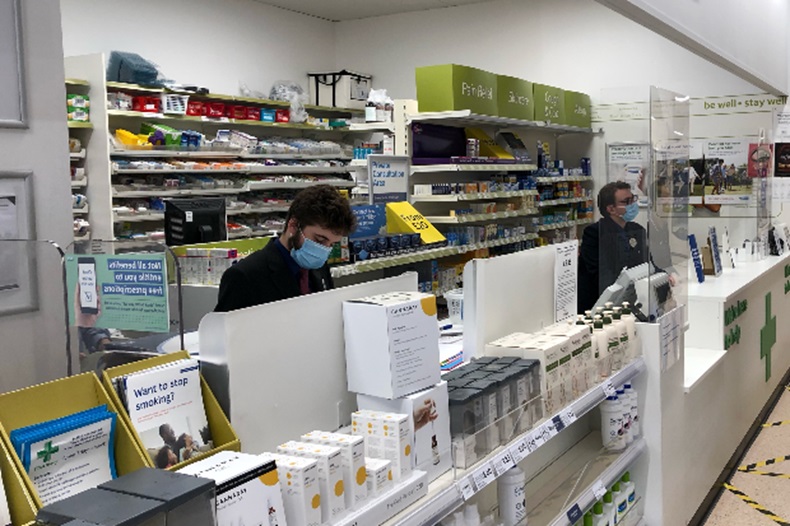 The CPWDG group estimates that under 25,000 pharmacists in England will need to be trained as IPs

The CPWDG survey exposed a full-time equivalent (FTE) pharmacist vacancy rate of 9% across England, according to findings it released with a report reviewing the community pharmacy workforce yesterday (June 2).

The rate of unfilled pharmacist roles reached around 15% in the south east and 18% in the south west, while pharmacist vacancies “were open for around 26 weeks” on average, according to the report.

As well as concerns about interest in joining the profession and long-standing vacancies, the group reported survey respondents’ retention issues across the pharmacy workforce.

Among the reasons that were put forward to justify why pharmacy colleagues leave the profession, the respondents cited “concerns about pay, excessive workload and pressure, inflexible working hours, and a lack of opportunities for career progression”.

C+D reported last week that the recorded number of FTE pharmacists working for primary care networks was 1,929 as of March 2021, according to experimental data from NHS Digital.

Vacancies not “confined to pharmacists”

The CPWDG survey also found that, where vacancies had been reported for pharmacy technicians, these roles were on average “open for around six months”.

“The survey also found a high turnover rate among some staff groups, reaching over 25% per annum among trainee dispensing assistants and trainee health care assistants,” according to the report.

Data from the C+D Salary Survey 2020 revealed that pharmacy technicians and dispensers were feeling undervalued after a year of increased stress due to the COVID-19 pandemic.

The report also calls for a continued professional development programme for all pharmacy team members and renewed the sector’s calls for pharmacy technicians to be able to administer vaccines under patient group directions – something the CPWDG members think could help attract people to the profession.

The CPWDG called on leaders from across the sector, including “professional bodies, higher education institutes, policy makers, and statutory education bodies”, to work with employers to “ensure community pharmacy is seen as an attractive career choice for future pharmacists”.

The group is planning to publish further resources “to present community pharmacy as a career of choice”, it said.

Commenting on the report, CPWDG chair Marc Donovan told C+D today: “Alongside the work that needs to be undertaken by NHS England and NHS Improvement and others to allow the sector to reach its potential, we must recognise our own role in ensuring community pharmacy is considered by current and future colleagues as a desirable career”.

AIMp CEO Dr Leyla Hannbeck told C+D today that “the NHS cannot do without community pharmacy”, as demonstrated last week by a sector audit from the Pharmaceutical Services Negotiating Committee that showed pharmacies in England provide as many as 58 million free consultations a year.

“It is therefore essential that all stakeholders come together to ensure our sector receives the relevant support and recognition and is given the right opportunities for our workforce to utilise their skillsets,” Dr Hannbeck said.

“The wellbeing of their teams is a priority for our members, and we continue working collaboratively with colleagues across the sector and with decision makers to ensure community pharmacy workforce development and wellbeing is a priority.”